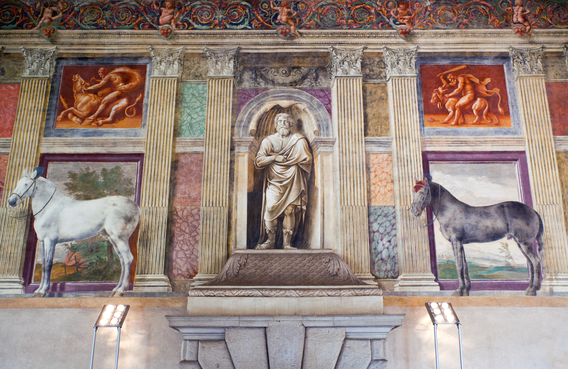 Abstract: The Renaissance is celebrated for its belief that man could fashion himself to greatness. But there is a dark parallel to this fêted history. Those same men and women who were offering profound advancements in understanding the human condition, laying the foundations of the Scientific Revolution, were fascinated with controlling that condition and the wider natural world. This talk introduces The Perfection of Nature: Animals, Humans, and Race in the Renaissance (In Press, The University of Chicago Press), a book that traces how the Renaissance world – from the Mediterranean to Mexico City to the high mountains of the Andes – was marked by a lingering fascination with breeding. Just as one strand of the Renaissance celebrated a liberal view of human potential, another limited it by biology, reducing man to beast and prince to stud. Aristocrats, breeders, and intellectuals thought through generation as those around them endeavored to create improved animal bodies, traced here through the cases of Italian horses, Mesoamerican dogs, Andean camelids, and other creatures. As the idea of controlled breeding was brought to life again and again, a rich, complex, and ever-shifting language of race and breeding developed. The bureaucratic language of “razze,” employed to designate a selected population thought to embody fragile differences over a few short generations, slipped from animals, becoming more permanent and hierarchical when applied to humans living in European colonies in this chapter of the long and convoluted history of race.

The Program in History of Science, Technology and Medicine and the Minnesota Center for Philosophy of Science will host a joint lecture series in Fall 2021. At this time, all events will be in-person unless otherwise stated. Please contact hstm@umn.edu for more information.