Preparing for an Apocalypse: Y2K 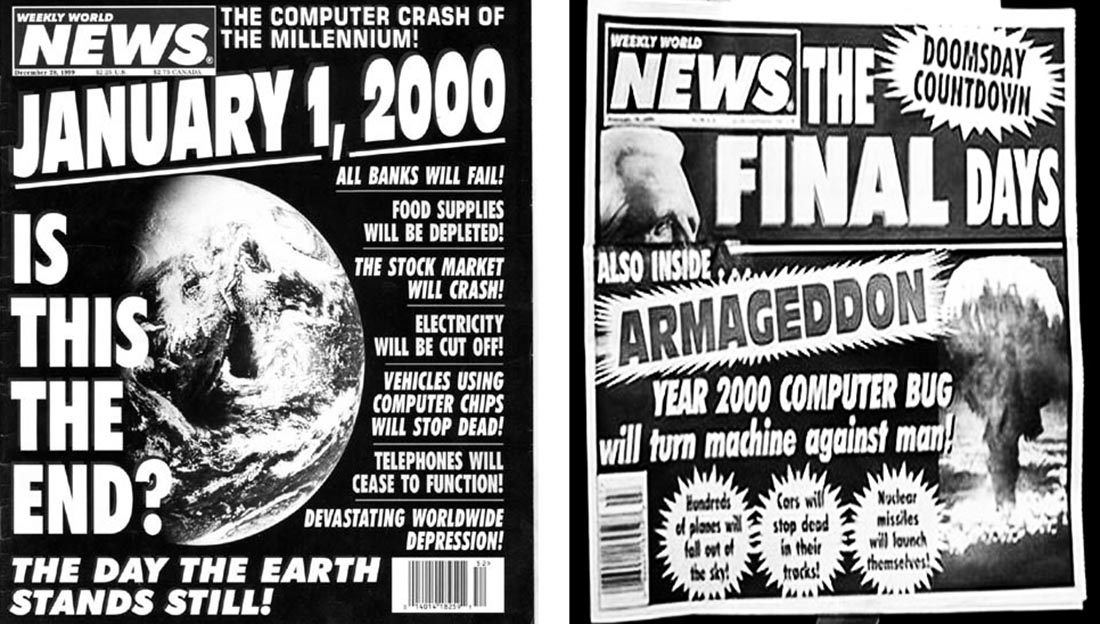 A web resource based on the exhibit curated by Stephanie H. Crowe, former CBI Assistant Archivist

Y2K – also known as the Millennium Bug, or the Year 2000 Problem – was caused by a shortcut taken by early computer programmers. To conserve memory space, early programmers recorded the year using the last two digits rather than four. Computers using this system would then recognize the year 2000 as the year 1900 instead, potentially causing serious problems in many different sectors of business and government.

Concerns about the potential impact were extensive. Computers were envisioned breaking down or behaving erratically. With the extent to which computers had by then become a part of so many machines, cars and appliances, the potential problems seemed enormous and some people feared a complete collapse of societal infrastructures. When this did not occur, society moved on and forgot how important a subject this was on a global scale just a short time ago. The materials seen in this exhibit demonstrate a range of institutions and approaches to the Millennium Bug, from governmental preparations to personal disaster planning.

Back to CBI Exhibits Home Page