One challenge is catching up with this globetrotting, dynamic leader; another is keeping up with her as she talks about her research. She talks fast, and is efficient and decisive, which gives some clue about how she can do all she does.

Q. You recently finished your term as Director of an NSF Science and Technology Center, the National Center for Earth-surface Dynamics (NCED). Was that a rewarding experience?

NCED was a demanding but fun ride. It was a collective effort that brought out the best of everyone involved. It gave birth to the new science of Earth Surface Dynamics, which studies the interwoven hydrological, biological, geochemical, and anthropogenic processes that shape the Earth’s surface (in short, the interactions of earth- water-life). NCED’s legacies go beyond major scientific discoveries. It created the next generation of earth science researchers, initiated the largest University- Science Museum partnership, and established award- winning programs for engaging Native Americans in the Geosciences. Above all, it made UMN and SAFL the place-to-go for research and education on earth surface dynamics and environmental change.

Q. What is after NCED for you?

Fun rides have their own way of prolonging the journey. After 10 years as a NSF Science and Technology Center, the science community and NSF could not spare us! Thus NCED has become NCED2 now ( http://www.nced.umn.edu/ ), led by Chris Paola (from Earth Sciences Dept.), Vaughan Voller, and myself. I am proud to say that in addition to NCED2, all other research components of NCED have secured major funding too. I will be leading three of these initiatives.

One is a multi-institutional project called REACH (Resilience under Accelerated Change) funded by NSF’s Water Sustainability and Climate (WSC) program. The scope of this project is to understand how climate and human dynamics might act as amplifiers of natural change, and how vulnerable spots in a landscape can be detected and mitigated. It focuses on the Minnesota River Basin, where high sediment loads impair water quality and aquatic life. The other two projects are international with many foreign institutions as partners.

Q. Tell me more about the other international projects.

The first project is called LIFE, Linked Institutions for Future Earth, funded by NSF’s SAVI (Science Across Virtual Institutes) program. LIFE is an umbrella of efforts geared toward understanding environmental processes and their response to change. This includes prediction under changing climate and human actions, using the past to predict the future, possible abrupt changes that can result from unexpected interactions. We are developing opportunities for graduate students, visiting professorships, and a summer institute that attracts 40 young researchers from all over the world to UMN for 2 weeks of intense science.

LIFE IS AN INTERNATIONAL NETWORK OF RESEARCHERS AND INSTITUTIONS. LIFE IS A VIRTUAL INSTITUTE THAT WORKS TO CATALYZE GLOBAL RESEARCH ACTIVITIES AND TO MENTOR YOUNG RESEARCHERS. Visit LIFE's Web Page.

The second, DELTAS project, is more ambitious yet: “Catalyzing action towards sustainability of deltaic systems with an integrated modeling framework for risk assessment.” This project investigates how climate change combined with the pressures of engineering, development, and human population growth makes deltaic ecosystems vulnerable – how can we make these systems more resilient and reduce future risks? It brings together experts from the physical and social sciences, engineering, economics and management, as well as stakeholders from government and non-profit organizations from Bangladesh, Brazil, Canada, China, France, Germany, India, Japan, Netherlands, Norway, the United Kingdom, USA, and Viet Nam.

Q. In 2013, you were appointed by President Obama to the Nuclear Waste Technical Review Board. What can you tell us about that?

America’s nuclear future is in a state of flux. Nuclear waste—which can stay radioactive for thousands of years—is currently stored temporarily at more than 100 sites around the nation, under the assumption that a permanent national repository would be operational soon. The stalling of the Yucca Mountain project as a deep geologic repository for high level nuclear waste and spent nuclear fuel has brought to the forefront critical issues ranging from extended temporary storage, to intermediate centralized storage, to packaging regulations, to a new permanent repository, even to the debate of how big a role nuclear power should play in the nation’s energy mix. It is an interesting time to serve on the Board.

THE U.S. NUCLEAR WASTE TECHNICAL REVIEW BOARD WAS ESTABLISHED IN 1987 TO REVIEW THE TECHNICAL AND SCIENTIFIC VALIDITY OF THE DEPARTMENT OF ENERGY ACTIVITIES FOR MANAGING AND DISPOSING OR SPENT NUCLEAR FUEL AND HIGH-LEVEL RADIOACTIVE WASTE AND REPORT TO CONGRESS. See NWTRB's plans.

Q. You were elected president of the Hydrology section of the American Geophysical Union (AGU). What does that involve?

The mission of AGU is “promoting Earth and space science for the benefit of humanity,” and that mission could not be more timely in view of the multiple stressors our planet faces, including those affecting climate, water, and our natural resources. Our Hydrology section is very strong, but there is always room for improvement. My three main goals are: to foster and reward scientific excellence, to advance partnership with international societies, and to nurture leadership in our young scientists. It is a tall order and I am honored that the community entrusted me with this responsibility.

Q. What about your own research program?

I have a fairly large research group right now with 4 PhD students and 4 post-docs. All are excellent researchers and it is a pleasure to work with them. The main three topics of our research are: (1) precipitation estimation from space and the optimal use of satellite data for improving model predictions, (2) theory of river network dynamics and flux propagation, and (3) developing frameworks for vulnerability assessment and identifying weak links in a complex system under change. The precipitation project is funded by NASA’s Global Precipitation Mission (GPM), whose main satellite was launched February 28, 2014. It is an exciting time for blending new theories with increasing data streams on the one hand (for some variables and in some regions of the world) and lack of data on the other (in most regions of the world), and for developing simple models that capture the essence of complex phenomena to guide effective mitigation. 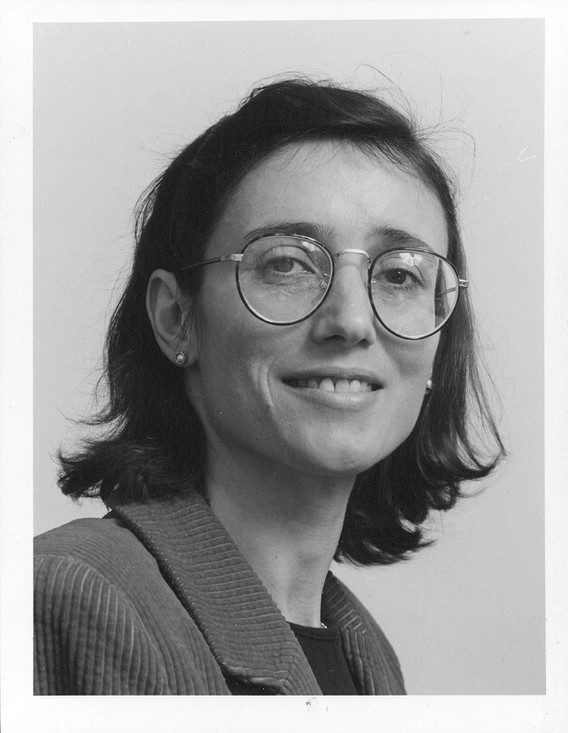 Q. You joined the University of Minnesota 25 years ago. What do you think about that decision now?

Twenty-five years—time flies when one keeps busy and enjoys work! The University has been a great supporter of my career, and I am honored and thankful to the Ling family for establishing the Joseph T. and Rose S. Ling Endowed chair in Environmental Engineering, which I hold. The College of Science and Engineering has been home to my whole family: my husband, Tryphon Georgiou, is a professor in the Department of Electrical and Computer Engineering, my daughter Katerina studied Chemical Engineering (now at Berkeley for her PhD), and my son, Thomas, is a junior in Aerospace Engineering and Mechanics. We owe a lot to UMN.

Q. Looking back, what words of wisdom do you offer young researchers who are starting to build their families and careers?

Spoil your kids; involve them in your work; treat them as adults in conversation but kids in everything else. Open your doors to your research group so everyone is part of a bigger family and a bigger picture. Flexibility makes the life-work space easier and more fun.

Efi Foufoula-Georgiou's major research interests are in hydro-meteorology and hydro-geomorphology with special emphasis on scaling theories, multiscale dynamics and space-time organization of precipitation and landforms. She received her diploma in Civil Engineering from the National Technical University of Athens, Greece, in 1979, and her PhD in Environmental Engineering from the University of Florida in 1985. She joined the faculty in Civil Engineering at UMN in 1989 was a Distinguished McKnight University Professor and the Joseph T. and Rose S. Ling Chair in Environmental Engineering. She is now Professor Emeritus.