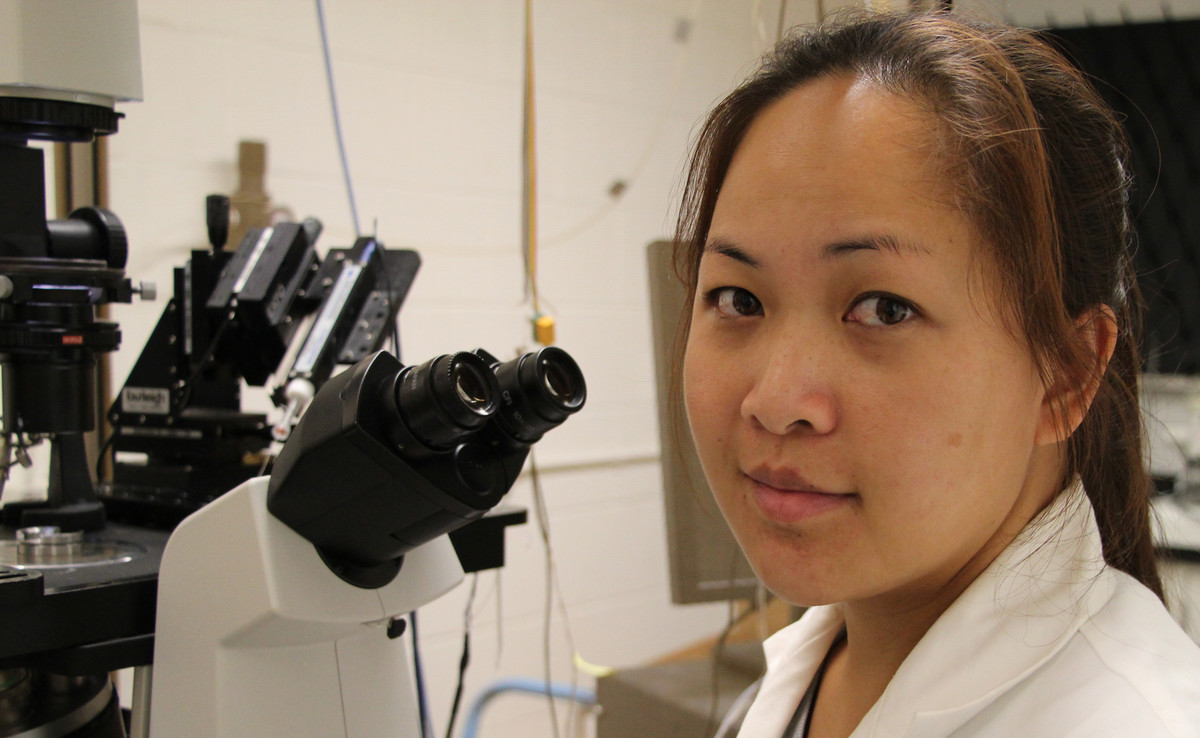 MINNEAPOLIS / ST. PAUL (09/01/2020)—When Kang Xiong-Hang earned her doctorate in chemistry recently she became one of the first, if not the first, Hmong women in the United States, Europe, and Southeast Asia to earn this distinction.

At the age of six, Kang immigrated to the United States in 1994 as a refugee with her siblings, where they resided in Fresno, CA.  She was the youngest of the children. They lost their mother when Kang was two-years-old and lost their father in one of the Thailand refugee camps prior to immigrating to the United States. Out of her family, Kang was the only one to graduate from high school and pursue higher education. She earned her bachelor's degree and master's degree from California State University, Fresno.

Kang's interest in chemistry started in high school when she became fascinated with lab experiments and the use of chemical techniques to address biological questions. For most of her life, she dreamt of going into a medical field, but her love of chemistry and research drew her to the graduate program at the University of Minnesota. She worked with Professor Christy Haynes on the use of bioanalytical techniques to understand platelets and mast cells in the context of malaria and antimalarial drugs.

Professor Haynes lauded Kang for working hard to get her group's project on single cell analysis in the context of malaria going.

“This was a very difficult task, and she showed impressive tenacity and independence. I was lucky to have her in my research group where she contributed scientific creativity, careful experimental planning, and thoughtful mentorship to junior chemists.”—Professor Haynes

For post-graduate plans, Kang wants to work in the biomedical device industry and is currently looking for a position in the Twin Cities area so she can be close to her family. She is also interested in giving back to the community and promoting science in the community.

As a mother of two young children, one of the biggest challenges along the way to earning her doctorate was finding a balance between school and family.

Despite the hard work and life balance challenges, Kang enjoyed her time in the Department of Chemistry, particularly its tremendous outreach efforts and participating in some events, the support from chemistry faculty and Professor Haynes' group, and the diversity efforts put forth by the department.