University of Minnesota College of Science and Engineering alumni Dan Weisz and Adolph Barclift come from very different fields—astronomy and cybersecurity. But the two also have plenty in common. While one dissects galaxies and the other detects fraud, both understand how small details can quickly turn into a big deal.

This progression can be good, like a seed of an idea that eventually becomes the world’s biggest space telescope. It can also be not-so-good, like an email link that turns into a widespread security breach.

During the pandemic, everything from space programs to financial institutions was thrown into a state of uncertainty. Fortunately, both alumni are highly skilled at adapting to changes, from the small scale to the big picture.

Like most big advancements, the James Webb Space Telescope began with a small seed of an idea. In the mid-1980s, the late astrophysicist Riccardo Giacconi, a Nobel Laureate and then-director of the Space Telescope Science Institute, challenged his team to think about the future of space exploration. Several years before Hubble even launched, he dreamed of making the next mission bigger and better than ever.

More than three decades later, that seed grew into something epic. The Webb telescope will be the largest and most powerful observatory ever built and sent into space. Scheduled to launch in December 2021, Webb will build on the discoveries of the Hubble Space Telescope—and it’s likely to completely transform our understanding of the Universe.

“Webb will be the biggest mission we’ve ever undertaken, bringing together people from all over the world, and it all started with a few scientists just kicking around an idea,” said Dan Weisz (Ph.D. astronomy and astrophysics ’10), an associate professor of astronomy at University of California, Berkeley, and a former Hubble fellow. 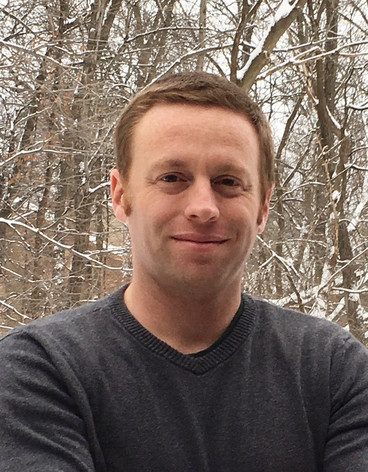 As a principal investigator on the Resolved Stellar Populations early release science program, Weisz will be one of the world’s first users of the Webb telescope. An expert in near-field cosmology, stars, and dark matter, Weisz and his team will design, test, and release new Webb-specific software. They’ll focus on capturing data from three stellar systems that will help verify their software calibration.

The data from these test objects will offer “high archival value for other science, such as calibrating stellar evolution models, measuring properties of variable stars, and searching for metal-poor stars,” according to the program abstract. In layperson’s terms, “We’re going to observe these objects early on and make sure everything matches up with our predictions, like how bright the stars should be,” said Weisz.

From there, his team will refine its software as needed and release both the software and the results to the broader community, including documentation, a series of catalogs, and step-by-step tutorials for users. (And they plan to do all of this in a span of five months!)

Although the Webb and Hubble missions will complement each other, there are some major differences between the two—Webb will look at the Universe mostly in the infrared, while Hubble studies it mostly at optical and ultraviolet wavelengths. Webb also has a much bigger mirror than Hubble, enabling it to look much farther back in time.

In addition, Webb won’t have any interference from our pale blue dot. Hubble follows a close orbit around Earth, but Webb will be 940,000 miles away, beyond the moon at the second Lagrange point, a gravitationally stable location with no drag out of orbit.

“When you’re out at the second Lagrange point, you’re basically operating all the time, so it really gives you a lot more time to actually use the telescope because there’s nothing in the way,” Weisz explained. “The downside is that if anything goes wrong, we can’t go out to the Lagrange point and fix it because it’s so far away.”

This inability to go out and service the telescope means that everything has to be in tip-top shape prior to launch, which has created a few delays. Of course, the pandemic didn’t help, as the teams had to hit pause and revise their timelines over the past year. “We’re finally getting back to ‘normal-ish’ operations and getting moving again,” said Weisz.

In addition to the technology itself, the early release science program is another way that Webb differs from Hubble. Weisz says that when Hubble launched back in 1990, there wasn’t as clear of a plan for how to use the telescope to its fullest potential. “There were all of these nice images,” he noted, “but actually analyzing them was a community-wide effort that wasn’t very organized.”

Later in Hubble’s mission, with the installation of a new camera network, the researchers tested out an early release program that solicited community expertise for how to use the telescope. The program went smoothly, so they stuck with it.

Around 2017, the Space Telescope Science Institute asked for proposals to develop data products and software for common use with Webb. They received approximately 100 proposals and selected about 13, including the one from Weisz’s team.

Webb will be able to observe galaxies that formed about 400 million years after the Big Bang. Asked what this could mean for the people of Earth, Weisz said, “We don’t know. That’s one of the beauties of science and building these new, amazing instruments. We know there are things they will provide better answers for, but we don’t even know the questions they will answer ahead of time.”

One of the many reasons Weisz chose the University of Minnesota for his doctoral degree was his thesis advisor, Evan Skillman, an astronomy professor and the director of the Minnesota Institute for Astrophysics. Both of them had similar interests and got along well, and that connection continues today. Skillman is one of Weisz’s collaborators on the James Webb early science release program.

WATCH: Dan Weisz answers a few questions about the James Webb Space Telescope and the importance of space exploration in this short video above. 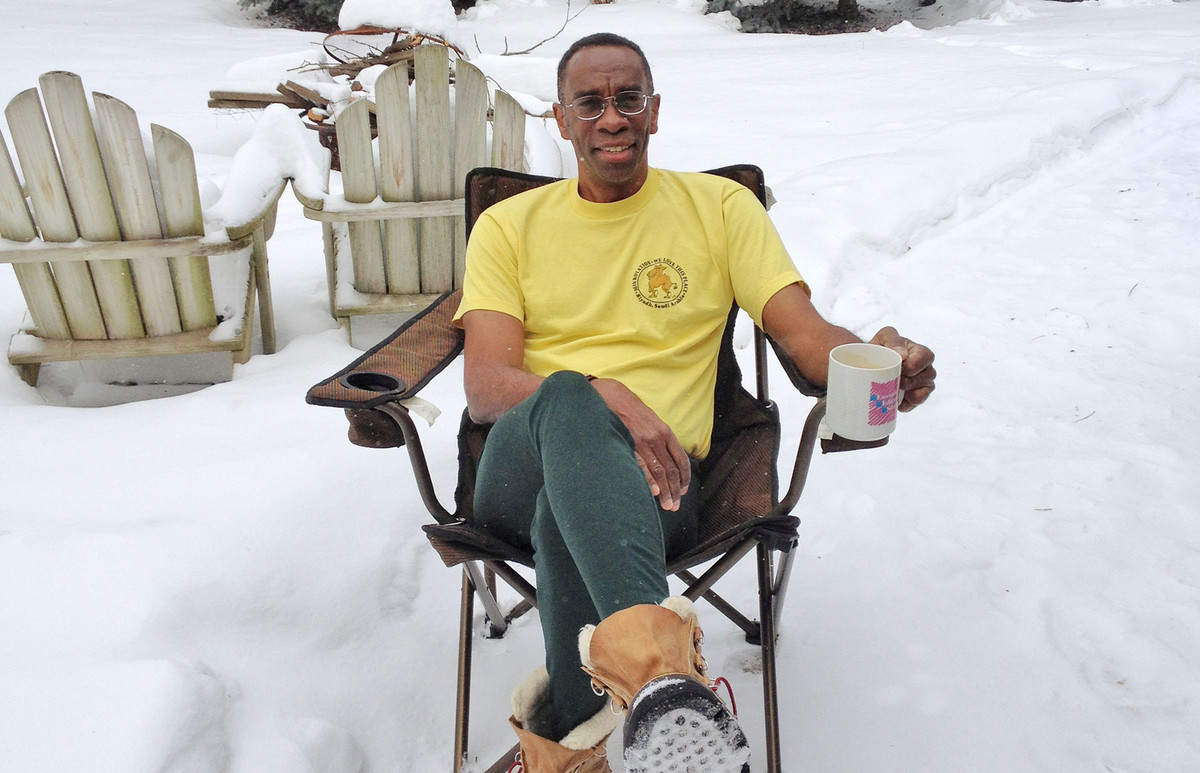 A new Center for Medical Device Cybersecurity (CMDC) will foster university-industry-government collaborations to ensure that medical devices are both safe and secure from the growing number of cybersecurity threats. It will focus on developing new research, technologies, education, and training.

The CMDC is founded and funded in large part by five U.S. leading health companies: Boston Scientific, Smiths Medical, Optum, Medtronic, and Abbott Laboratories. Industry members are invited to join the steering committee, and additional members will be actively recruited over the next two years.

“Cultivating innovative and transformational partnerships, like the CMDC, is a core focus of MPact 2025, our new systemwide strategic plan,” said University of Minnesota President Joan Gabel. “I’m excited about how this new innovative center will enhance the security of our state’s thriving medtech sector and beyond.”

Upcoming activities include roundtables, a hackathon, and a summer internship program. z.umn.edu/CMDCannouncement

WATCH: Passwords are one of the top threats to our online security. Adolph Barclift shares tips on choosing a strong password—and the 1,2,3 rule to remember it—in this short video above.

Most of us have received a work email warning us not to click on suspicious links. Unfortunately, many of those scams are becoming less and less suspicious, while the scammers become more and more sophisticated. Meanwhile, not everyone heeds the warnings. 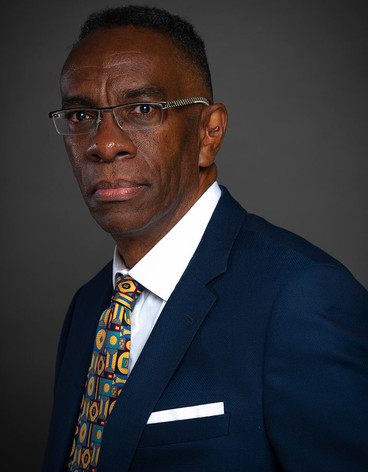 “If everybody did what they were supposed to, I wouldn’t have a job,” said Adolph Barclift (B.S. computer science and engineering ’06), chief information security officer at Five Star Bank in Rochester, N.Y. Barclift leads the bank’s information and cybersecurity program. His job is to protect the company and its customers from internal and external security threats.

Financial institutions are a popular target for theft and fraud, but not just because of the money. A person’s bank is a central part of their identity—revealing one’s likes and interests, buying habits, destinations, and more.

“Increasingly, our digital self is as big or bigger than our physical self,” said Barclift. And that digital self is often more valuable than the money in our savings account.

To illustrate, Barclift describes a common phishing scam: The scammer files a fraudulent unemployment claim, but they can’t have the check go directly to them for obvious reasons. Instead, they set up bill pay on your bank account and use you as the conduit. Now the check goes through your account to the scammer’s bill pay. You don’t notice it because you pay all your bills electronically. Sure, you might notice a deduction here and a credit there, but it all balances out just fine.

And it all started by clicking a link in an email that looked totally legit. This happens in the office as well, with scam emails that appear to be coming from the CEO or another executive, asking you to “send this check right away, we need to close this deal!”

Along with phishing scams, Barclift is on the lookout for everything from malware to ransomware. With more than 20 years of experience in cybersecurity, he knows how to anticipate and tackle the threats before it’s too late.

Barclift also has a strong background in data visualization. This helps him understand complex security topics and explain them clearly to others. Thanks to steady advancements in artificial intelligence, it’s easier than ever to consume large amounts of data. As a result, it’s easier for Barclift to help people make informed decisions, complete with some convincing charts and graphs.

Oddly enough, helping people make informed decisions isn’t the best way to make friends. “On any given day, I’m probably telling you something that you don’t want to hear,” said Barclift. “I might be telling you to spend money that you hadn’t planned on spending, and there’s nothing you can do about it.”

Nevertheless, Barclift loves his line of work and enjoys the challenge it brings. In September 2019, just a few months before the coronavirus was dubbed a pandemic, Barclift became the Chief Information Security Officer at Five Star Bank. The sudden transition to a remote workforce brought its own set of security challenges. And back in 2007, Barclift took on the role of database and infrastructure manager for Fannie Mae. Then came the global financial crisis.

“I like helping people decide what to do in difficult situations,” he said. “It’s not about fear, it’s about building confidence.”