Head of the Class

In the traditional approach to college teaching, most class time is spent as the professor lectures and the students watch and listen, but several University of Minnesota faculty are changing this tradition.

A much better way to teach—particularly courses in science and engineering—is focused less on textbooks and lectures and more on engaging students as active participants in the learning process. By getting them to use their hands and brains to design something or work cooperatively, suddenly the material begins to make sense.

College of Science and Engineering faculty members are in constant pursuit of better ways to impart knowledge and spark the flame of curiosity in their students. CSE professors—world-renowned for groundbreaking research—are as dedicated to the science of learning as they are to the science of their chosen discipline. Ultimately, the one quality that may characterize the best and most innovative teachers is that they themselves are forever students, not just in their respective fields but also of teaching itself.

“I was beginning work to create new experiments for a verification chemistry lab, often referred to as a “cookbook” lab, and I was depressed because I was making sure nothing unexpected might happen. It just took all the fun of chemistry out of the work.”

Three CSE faculty members—Michelle Driessen, Ned Mohan, Ken Heller, and many others in the college as well—are forever on a quest to find the tools, the methods, and the concepts that will improve the teaching process. They make improvements by recognizing that the knowledge students need for real-world, problem-solving situations includes not just facts and techniques but also ways of knowing, thinking, and seeing the world.

Michelle Driessen: A recipe for success 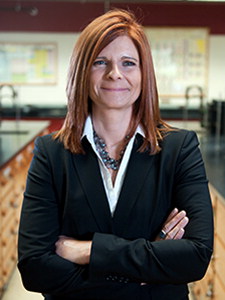 Changing the way chemistry labs are taught began in a moment of despair for Michelle Driessen, assistant professor of chemistry.

“I was beginning work to create new experiments for a verification chemistry lab, often referred to as a “cookbook” lab, and I was depressed because I was making sure nothing unexpected might happen,” confesses Driessen. “It just took all the fun of chemistry out of the work.”

Taking the fun out of labs has long been standard practice where experiments are all laid out in advance. Most chemistry professors would agree that laboratory instruction goes hand in hand with learning chemistry. However, many have grown increasingly concerned that the conventional laboratory format is functioning as a kind of kitchen where students follow recipes with little thought or understanding.

“Well, I thought conducting that kind of lab would be easy in a school where there were only 24 students in a class, as opposed to the 4,000 students who take labs here at the University every year.

Driessen set out to ensure that students learn more from their freshman chemistry labs than just how to follow directions. She sent an email to other department faculty announcing her intent to overhaul the way chemistry labs are taught.

The feedback she received led her to a literature search of lab manuals for general chemistry. That’s how Driessen happened on a professor at Clemson whose lab manual was one of a very few designed to engage students’ higher-order thinking skills.

“Well, I thought conducting that kind of lab would be easy in a school where there were only 24 students in a class, as opposed to the 4,000 students who take labs here at the University every year,” she said. Driessen’s concern vanished when she learned that Clemson similarly has thousands of students participating in general chemistry labs each year. In fall 2010, Driessen visited the school.

“I spent a few days there, just sort of lurking in general chemistry labs. What I overheard from students was great,” she said. “They were brainstorming, bantering back and forth, and really working at a high level of analysis.”

She returned to the University with a plan to create “problem-based” labs. Students are given an experimental problem to solve, materials they will need, and then hints at approaches they might take to find a solution. Rather than acting as the expert at the center of the lab, teaching assistants now serve as coaches and on-site resources.

In the summer of 2011, Driessen “test-piloted” general chemistry’s first problem-based lab with 112 students, giving a roster of four experienced teaching assistants the opportunity to make the transition with a very small class. That fall, the department rolled out the new style labs for all students enrolled in Chemical Principles I, followed by Chemical Principles II in the spring. As of the end of spring semester 2012, nearly 3,000 students completed the courses.

“That’s not the case anymore,” she said.

Whatever the challenges may be, Driessen says the transition is paying off, making students more effective learners as they emerge from the new labs with a better understanding not just of chemistry but also of problem solving itself.

“When I’ve asked students to compare our problem-based labs with old-style verification labs,” Driessen said, “they tell me the big difference is because they are now involved in designing the experiments in our labs, they will never forget how they did it.” 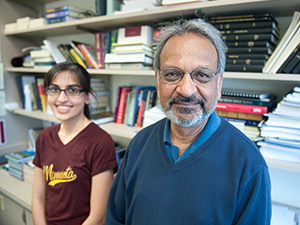 When it comes to leading the charge in reforming the way electric and power energy systems are taught and their curriculum written, it’s hard to keep up with Ned Mohan.

A professor in the Department of Electrical and Computer Engineering, he’s written five textbooks, each reflecting his objective of engaging students in a field—power electronics—that, until recent times, had been languishing in an enrollment backwater. He’s the principal investigator of a three-year nationwide project seeking to revitalize the country’s power engineering programs.

“The pedagogy we’ve developed is sometimes called a mixed or blended mode of teaching.”

He’s also the driving force behind the Consortium of Universities for Sustainable Power, or CUSP, 145 universities that use, offer feedback on, and promote curriculum developed at the University of Minnesota. At the moment, that curriculum consists of three undergraduate courses—Power Electronics, Electric Machines and Drives, and Electric Power Systems all written by Mohan.

“We need to add five graduate-level courses by the end of the year, which is no easy task. To accomplish that deadline, we should be even busier than we are,” he said about CUSP with a sarcastic smile. “It appears that we will be able to reach that goal.”

“The pedagogy we’ve developed is sometimes called a mixed or blended mode of teaching,” he explains. For his own lecture classes—which averages 100 students each—his research and exploration have provided him with a novel way to deliver lectures. He records them on videos that are about 10 to 15 minutes long. “Because there are no interruptions as there would be in an actual class,” Mohan explains, “they are the equivalent of a 45 or 50 minute in-class lecture.

He then posts the video lectures on Moodle, an online instruction program, where students review them and take a concept quiz that essentially tests whether they have, in fact, reviewed the video. Before showing up for class himself, Mohan reviews questions and comments posted on the Google account he creates for each course. He shapes the day’s lessons in part around the questions posted by students.

“So what do we do in the class? We crack a few jokes and go home,” he quips. “In reality, the approach allows us to engage in lots of real world open-ended discussions—discussions in which students use clickers assigned to their University ID to respond to questions, which is a real incentive for class participation. Over the past few years, the attendance in my classes has reached 90 percent,” he said.

“What makes him such a great teacher is that he’s really passionate about teaching,” observes Ethan Torrey, who has been a teaching assistant in several of Mohan’s courses. “He is always looking for a better way to present the materials.”

“There are lots of teachers who are good lecturers, but he engages students and makes his classes feel fresh in a way that’s unique,” said David Orser, a doctoral student in power electronics who completed Mohan’s course in advanced drives.

“My goal is to teach someday,” Orser said. “It’s easy to see how I could apply some of his techniques to my own career.” 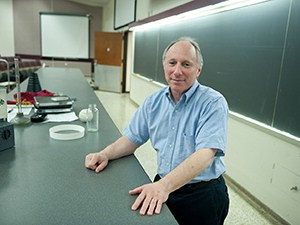 In a sense, it was self-interest that got physics professor Ken Heller into reforming the way physics is taught at the University.

It was in the early 1980s and he was a junior faculty member. The department chair asked him to teach the algebra-based introduction to physics class—a course that was about as unpopular among faculty as it was among the students consigned to taking it as a requirement of one of several majors. Heller told the chair he would take on the noisome chore—but only if he could make changes to it. “Go ahead,” was his response.

“If I was going to teach it, I was going to know why,” explains Heller. Working with colleagues in physics as well as the College of Education, he devised a questionnaire for faculty in the dozens of departments that require students to take Introduction to Physics to find out what their goals and expectations were for the course.

“What’s the first thing you do? You take the person to a baseball game. You don’t start with an explanation of the aerodynamics of a spheroid.”

Since then, Heller and his colleagues in the Physics Education Research Group have helped to bring about innovation in the teaching not just of Introduction to Physics, but many of the courses in the department.

In structuring his own lectures for Introduction to Physics, Heller draws upon a theory of learning called Cognitive Apprenticeship. It is premised on the notion that part of teaching is a matter of a master teaching apprentices through the use of modeling behavior; by making the implicit processes involved in carrying out a complex task visible, students can observe and then practice those skills under the coaching guidance of a teacher or teaching assistant.

He likens this approach to the steps you would take to teach someone how to play baseball.

“What’s the first thing you do? You take the person to a baseball game,” he said. “You don’t start with an explanation of the aerodynamics of a spheroid.”

“And what’s the next step in learning something?” he asks. “You need coaching. You need to try it yourself with someone giving you feedback in real time.” In different forms, coaching is built into all three components of his Introduction to Physics classes—lectures, discussion groups, and labs—all with the use of a group to provide mutual coaching to solve a problem.

“In both the discussion groups and the labs, the emphasis is on cooperative problem solving,” explains Evan Frodermann, a teaching assistant in Heller’s Introduction to Physics class geared specifically toward pre-medical students. “There is a tendency for people to solve problems on their own and then compare their answers with other people in the team rather than solving the problem cooperatively—which is actually a much more efficient way to solve problems.”

And making that conceptual leap is an invaluable lesson explains Anne Doering, a post-baccalaureate student who has returned to school in order to apply to medical school.

“The approach to problem solving I’ve acquired in Introduction to Physics has changed the way I think about and approach problems,” she said. “As pro-fessor Heller has said, a problem is a question you have no idea how to solve. Today, because of him, I find myself much better equipped to deal with such unfathomable questions.”