MINNEAPOLIS / ST. PAUL (07/07/2022)—An international team, including a University of Minnesota Twin Cities professor, has published a second large clinical trial for a novel neuromodulation device that could reduce symptoms for millions worldwide with tinnitus, commonly described as “ringing in the ears.” According to previous research, the condition is said to affect about 10-15 percent of the world’s population.

Researchers from Neuromod Devices Limited, the Irish medical device company specializing in the treatment of tinnitus, published the results of the company’s Treatment Evaluation of Neuromodulation for Tinnitus – Stage A2 (TENT-A2) clinical trial in the highly regarded scientific journal Nature – Scientific Reports.

The TENT-A2 trial, which included 191 participants, is the company’s second large-scale clinical trial. TENT-A2 sought to replicate and further enhance the results demonstrated in the company’s TENT-A1 trial, a study with 326 participants that evaluated the safety and efficacy of Lenire, the company’s non-invasive bimodal neuromodulation approach that uses sound combined with electrical stimulation on the surface of the tongue to treat tinnitus.

Highlights of the TENT-A2 clinical trial results with Lenire treatment include:

“I am proud of our company’s ability to build on our prior research by enrolling 191 participants in another large-scale clinical trial that showed even greater improvements in tinnitus symptoms compared to our previous large-scale study when implementing a new stimulation regimen in which the stimulus features were adjusted over time,” said Lim. “The successful completion of two large-scale trials is a major milestone in our continuing work to develop a treatment to help as many people living with tinnitus and in further demonstrating bimodal neuromodulation as a safe and effective intervention for people living with the condition.” 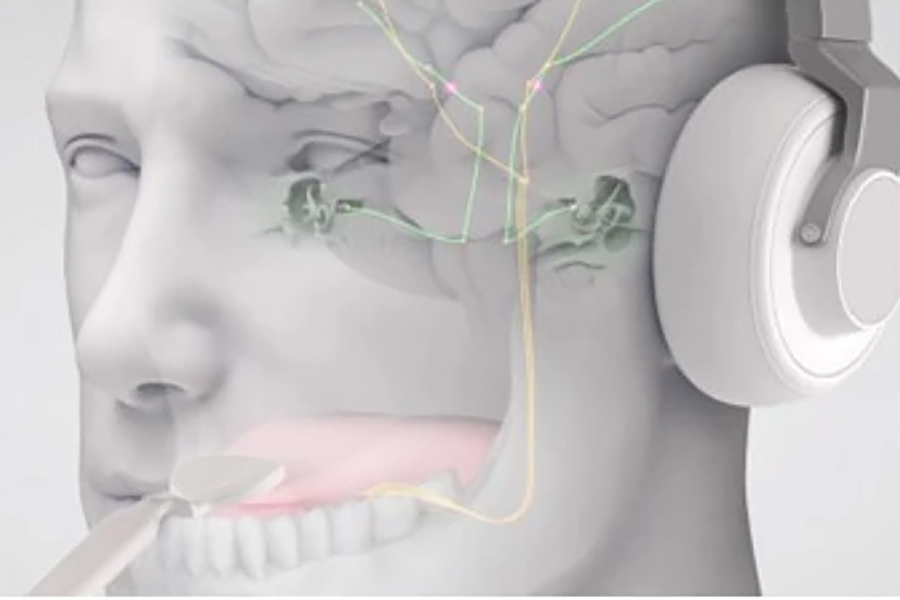 Bimodal neuromodulation is the stimulation of nerves with two paired stimuli for therapeutic purposes. The tinnitus treatment device that was used in the study, known as Lenire and available commercially throughout Europe, was developed by Neuromod. It consists of wireless (Bluetooth) headphones that deliver sequences of audio tones to both ears, combined with electrical stimulation pulses delivered to the surface of the tongue via 32 electrodes on a proprietary device trademarked as Tonguetip. The device’s settings can be configured to provide treatment with different combinations of audio and electrical stimuli.

The study was conducted at the Wellcome Trust-HRB Clinical Research Facility, St. James’s Hospital, Dublin, Ireland with no treatment-related Serious Adverse Events (SAEs) reported and a high treatment compliance. Out of 191 enrolled participants, 84 percent used the device at or above the minimum compliance level over the 12-week treatment period.

To read more about the study results and Neuromod Devices Ltd., visit the Neuromod website.