There are no upcoming events matching your criteria.

Magnetic nanowires can be engineered using composition and shape. Applications of both single nanowires and arrays of vertically aligned nanowires in biomedical fields include nano-barcodes and biolabels for cells and exosomes, nano-heaters for hyperthermia therapy and organ preservation, and biocomposites. For most of these applications, the reversal mechanism of magnetization can play a critical role. For example, magnetic coercivity and remanence have been used for contact-free readout of nano-barcode signatures, and the motion of domain walls can limit heating. A novel approach to decoding specific reversal signatures will be described via a fast modification of the first order reversal curve (FORC) technique, called the projection method. In addition to decoding, the method elucidates the mechanisms of reversal which is of interest to the fundamental understanding of nanomagnets, and can lead to improved future devices such as decoding using ferromagnetic resonance (FMR).

Bethanie Stadler is a professor and associate head of the Department of Electrical and Computer Engineering at the University of Minnesota where she also holds the CS&E Distinguished Professorship. She has a PhD from MIT and a BS from Case Western Reserve University. She is a Fellow of the Materials Research Society (MRS) and a Senior Member of IEEE. Stadler works on magnetic nanowires for applications in RF design and biomedicine, and magneto-optical garnets for integrated photonics. Stadler has been a visiting professor at IMEC and KU Leuven in Belgium, and at Wright Patterson Air Force Base in Dayton Ohio. In 2015, Stadler was an IEEE Magnetics Society Distinguished Lecturer. She has taught at the IEEE Magnetic Summer School in India and Italy, and hosted the school in Minnesota in 2015. Stadler has been a meeting chair, director and secretary of MRS, and will be the General Co-Chair of Intermag 2023 in Sendai, Japan.

IEEE UMN holds its weekly board meetings on Sundays at 9:30am via Zoom. All are welcome to join as the committee plans, discusses, and organizes events and networking opportunities. This is a great way to become involved in the decisions that IEEE makes!

Meet the Board - hosted by IEEE UMN

IEEE at UMN is hosting its first event for the school year 2021-22, introducing board members. If you’re interested in meeting other ECE students and joining a welcoming community, this is the perfect opportunity! We will also introduce IEEE subcommittees that you can join.

There will be free food (Raising Canes)!

Join SASE (Society of Asian Scientists and Engineers) at their academic year 2021-22 kickoff event and enjoy Kiki's Float Service. There will be We will have free ice cream and ice cream floats. Participate in their float drinking contest for a chance to win some prizes too!

Deep learning (DL) is on everyone’s lips, both for its strengths as well as its quirks. In this talk, professor Ju Sun of the Department of Computer Science and Engineering will describe his research team’s ongoing efforts to achieve robustness in DL-based visual recognition, use DL to tackle difficult inverse problems, and to empower healthcare. He will focus especially on open problems in these areas.

IEEE at the University of Minnesota kicks off its fall 2021 weekly meetings on September 6. All are welcome to join us as we plan, discuss, and organize events and networking opportunities. This is a great way to become involved in the decisions that IEEE makes! Learn more about the student group and sign up for our newsletter.

Welcome Week for Class of 2025 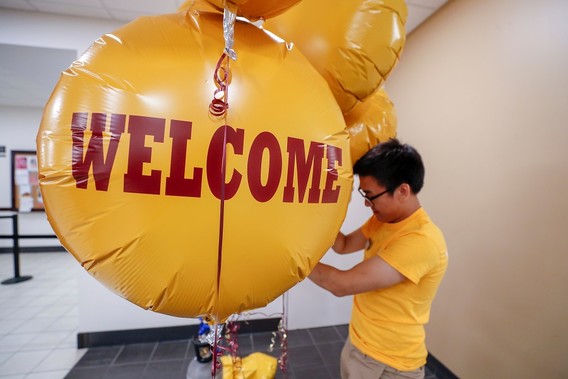 Welcome Week is your second step (after New Student Orientation) in your transition to the University of Minnesota. This week-long event is required for the Class of 2025.

Learn more and register for the events at the Global Gopher Events Registration page!