Lectures begin at 3:35pm in 125 Nicholson Hall on the East Bank of the University of Minnesota-Twin Cities campus. Please note per University policy, masks are required inside all buildings through March 21, 2022.

At this time, all events will be in-person unless otherwise stated. Some events may be subject to change. Please check back for updates or contact hstm@umn.edu for more information.

Abstract: There is a fundamental paradox in interdisciplinary research: while aiming to tear down the epistemic and linguistic barriers between disciplines it also leads to increasingly specialized knowledge. Scientific research and training institutions are set up so that knowledge grows toward greater specialization. Often, what starts as interdisciplinary research becomes a discipline in its own right. And yet, the downsides to scientific specialization have long been recognized. Otto Neurath’s anti-reductionist approach to unified science illuminates contemporary hurdles to interdisciplinarity—and, in particular, to research that draws on disparate fields, such as from natural and social sciences. I argue that we should conceptualize interdisciplinary integration as aiming, in Neurath’s words, at “coordinated and unified action” and that the predominant metric of interdisciplinary integration fails to show whether this epistemic goal has been achieved.

Title: Far from the Tree? Evolving Perspectives on the Nature of Parent to Offspring Transmission.

Abstract: One of psychology’s defining issues has been to understand how children come to resemble their parents.
Throughout most of the 20th century, psychoanalytic, behaviorist and social learning traditions dominated within
psychology and parents were seen to be the primary socializers of the children they raised. This view was challenged by a series of behavioral genetic studies in the late 20th century, leading some of the more extreme behavioral geneticists to question whether parents had any effect in shaping their children’s psychology. The current century has seen a moderating of extreme positions and a more nuanced view of parent-offspring transmission. I will make use of findings from a series of long-term longitudinal family studies to discuss how genetic and genomic research designs have helped us understand the nature of parent-offspring resemblance. Illustrations will be drawn from four trait classes that show different patterns of parent-offspring resemblance: personality, academic abilities, mental health and social attitudes.

The lecture will be held virtually via Zoom. Please contact mcps@umn.edu for the link. 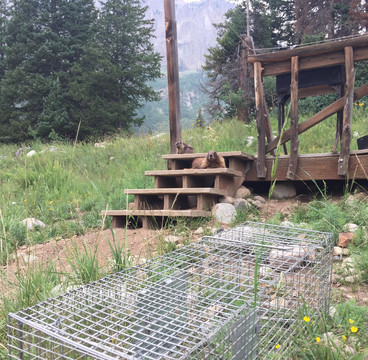 Abstract: This talk explores the history of behavioral research on marmots at the Rocky Mountain Biological Laboratory in the mountains of Colorado. Started in 1962, this is one of several long-term studies of animal behavior that started in the decades after the Second World War that have become central to behavioral ecology as a discipline. Why did researchers decide to return to the same site year after year, and how have those reasons changed for subsequent generations of ecologists? How were affective connections to place—from danger to freedom—important in cementing ecologists’ commitments to field sites like RMBL? Charting the history of this project allows me to navigate the relations of activity and torpor, sociality and solitude, and station and university over the last sixty years, so as to understand the role of remote research stations as crucial places for the production of knowledge about the natural world in which we live.

The lecture will be held virtually via Zoom: https://umn.zoom.us/j/94856169032?pwd=dDRLNWdMSmg1MGxJU3lmcVRNZWVDUT09.

Title: Vital Connections: A Global Perspective on the History of Disease and Medicine in the Greater Caribbean.

Abstract: This talk discusses how the history of disease and medicine, which is usually studied in very localized geographical contexts, benefits from also being evaluated from a broader, more global, perspective. The Caribbean provides a perfect example to see how connections among islands and mainland ports—between their inhabitants, their economies, their environments, among others—are manifested in the history of epidemics and of medical knowledge.  Studying the history of disease and medicine in this manner reveals the interconnections between the islands and the networks of medical knowledge to be multi-directional exchanges that at the same time transcend the boundaries of language and empires. 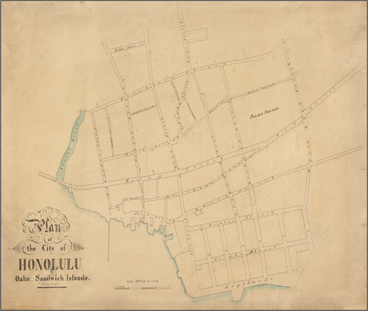 Title: The Philosophical Aftermath of Newton’s Physics: The Case of Émilie Du Châtelet’s Foundations of Physics.

Abstract: Newton’s startling conclusion in Book III of the Principia that all bodies gravitate toward one another
defied easy interpretation. Whereas the editor of the Principia’s second edition, Roger Cotes, claimed that gravity is
a primary quality, Newton demurred, merely denying that he regarded gravity as essential to matter. In the aftermath
of this dispute, Du Châtelet argued in her Foundations of Physics (Paris, 1740) that the first task of philosophers is
to broach the very metaphysical questions concerning the essence of matter that Newton eschewed. Only such an
approach would enable them to understand the principal conclusion of the greatest discovery of the Scientific
Revolution, a revolution that was first proclaimed by Du Châtelet herself in 1738. 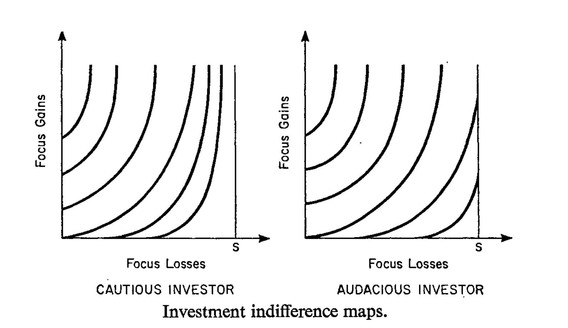 Title: ​The Science of Imprecision: Neoclassical Economics, the Problem of Induction, and the Limits of Calculation.

Abstract: For much of the twentieth century, economics prided itself on formulating principles of consistent choice that relied only on minimal logical conditions.  Rationality had been reduced to formal logic — for scientific purposes, at least.  In recent years this logical ideal of rationality has come under attack.  But how did it gain a grip in economics and the decision sciences in the first place?  And just how new are our misgivings about formal rationality?

My paper argues that the use of logic to make normative claims about rationality and justification go back at least to the 1920s, and especially to the critical writings of the British philosopher Frank Ramsey on inductive logic.  His contrast between a narrow ‘logic of consistency’ and a wider ‘logic of discovery’ — the latter of which cannot, by definition, be formalized — has come up again and again in twentieth century social thought.  I consider this dialectic between formal logic and ‘human logic’, and suggest that recent histories of 'calculative practices', while deeply illuminating, are prone to miss the ways in which this dialectic reflects an abiding interest in the sources of normativity among mathematicians, philosophers, and social scientists.

Abstract: This paper examines the productive roles of concepts in investigative practice. Specifically, it explores the roles of placeholder concepts—rudimentary concepts formed on the basis of few differentiating characteristics—in the generation of empirical knowledge. My analysis will focus on the concept “slow virus”, which was proposed in the 1950’s by Bjorn Sigurdsson. The concept grouped together what is now known to be a rather heterogenous collection of infectious agents. I show that, despite its rudimentary nature, the concept facilitated investigation into the nature of the agents by setting up specific explanatory targets that contributed to the eventual development of the later concept “prion.” I propose that such placeholder concepts can be fruitfully understood as scaffolds: while they may later be discarded or split, they serve an important role in bringing about the very developments that result in their removal or modification. 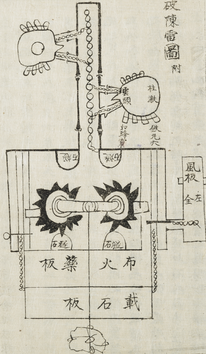 Abstract: This talk recasts the history of early modern science from the perspective of artisans and practitioners in Chosŏn Korea (1392–1910). It argues that from the sixteenth to the nineteenth century, craftspeople in the military factories of Seoul developed a hands-on, experimental approach to investigating the material world. Their experimentalism originated from the shopfloor—the artisanal practice of “prototyping.” But as it passed on from the army workshops to poetry associations and literati studios, it spread across society, prompting the rise of new practitioners who emphasized a bodily, experiential approach to knowledge. The talk reconstructs this Korean artisanal science and expands our understanding of experiment and empiricism in the early modern world.

Title: States of bodies and the state's bodies: A citizenship narrative for a comparative history of forensic medicine (and forensic science).

Abstract: Behind the current fascination with forensic science lies a long, large, varied and underexplored history of forensic medicine, often called legal medicine or medical jurisprudence. Mostly it has been overlooked by medical historians focused on health care and by legal historians focused on constitutional issues. Historians have encountered it mostly in terms of single techniques or issues in local settings; the absence of a long-term, comparative big picture of medico-legal institutions, professions, and practices of governance has hampered interpretation. As in Locating Forensic Cultures (co-edited with Ian Burney, 2019), I use “citizenship to problematize. A medical jurisprudence will always exist, the states of bodies being matters of state concern. I focus on two axes. One, diachronic, is the change from a rule-bound medical jurisprudence of 18th century German cameralism, in which categories of persons (by age, sex, race, place, property, station, and nation) were central, to the program of evidence-based individuation outlined by Paul Kirk in the 1960s. The second is the tension between retrospective and prospective actions -- “forensics” and “public health” may now seem separate, but a comparative medical-legal history helps to highlight the complex contingencies that underlie their relationship. 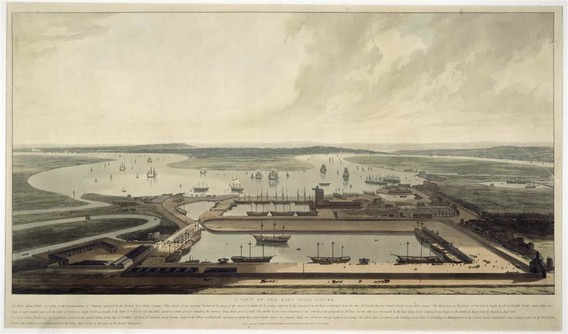 Abstract: This project investigates changing patterns of knowledge resource management at the British East India Company. It covers the years between the Company’s takeover of Bengal in 1757 and the abolition of the Company in 1858. At the beginning of the period, the Company generally depended upon individuals for the historical, linguistic, navigational, botanical, medical and other sciences upon which their operations depended. By the end of the period, the Company had taken over the direct management and production of many domains of colonial science. Along the way, the Company would become a key institution of science in London, establishing around 1800 a library, museum and two colleges in Britain. In this talk, I will first give an overview of the changing structure and geography of science under the Company. Out of this overview, the role that the East India Company played in shaping British science becomes clear, as does the debt that the organization of both modern states and modern sciences owe to the corporation as a form of governance. I will then consider the importance of this case for our understanding of the relationship between “state science” (or public science) and “corporate science” (or private science), and the fuzzy historical boundaries between these two orders of access.

This lecture will be held virtually via Zoom. 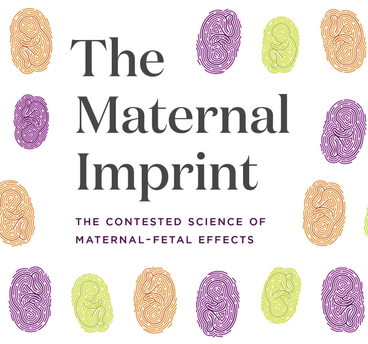 History of Science and of Studies of Women, Gender, and Sexuality, Harvard University

Title: The Maternal Imprint: The Contested Science of Maternal-Fetal Effects.

Abstract: ​Sarah Richardson will discuss her new book, The Maternal Imprint, which examines the history of scientific speculations about the long-term effects of experiences or exposures in the womb from the eugenic era to today’s epigenetics.  Through this history, Richardson traces a genealogy of biosocial science in the twentieth and twenty-first centuries and examines persistent and unresolved questions about the limits of empirical science in confirming maternal-fetal effects in human populations.