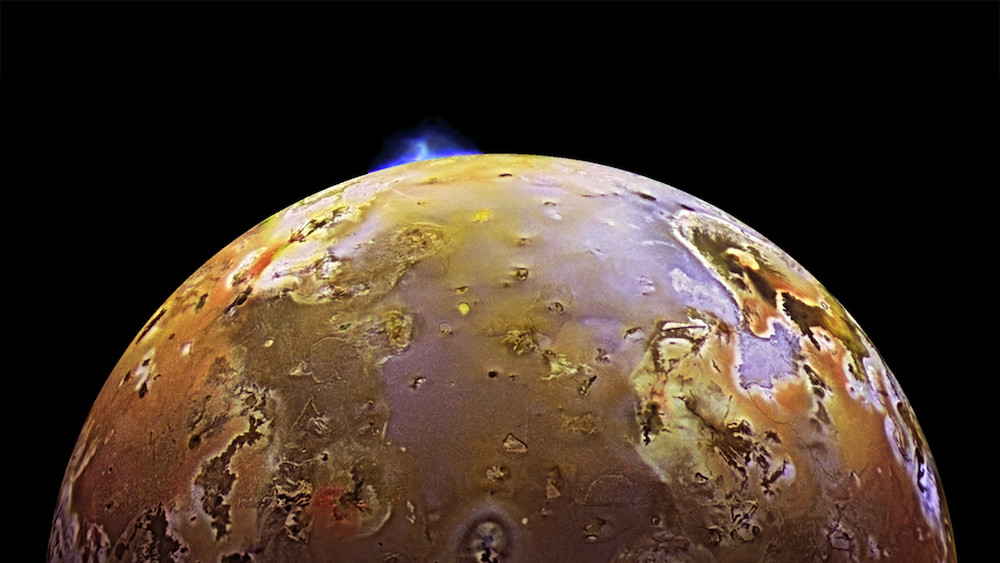 Jupiter’s moon, Io, is one of the most volcanically active bodies in the solar system and yet, scientists have not been able to capture detailed images of volcanism and lava flows regularly. Minnesota Institute for Astrophysics Professor Charles “Chick” Woodward is part of a research team that was able to image four of Io’s volcanoes with greater detail than ever before from Earth-based observatories. Io is over 390 million miles from the earth and the images enabled the team to resolve and study surface features less than 2 kilometers in size.

Using the Large Binocular Telescope Observatory (LBTO), a telescope located in Southeastern Arizona, the group made the observation with a little help from Jupiter’s other moon, Europa. As Europa passed along the line of sight towards Io and it cast a shadow (a “knife-edge”) on the surface which helped throw the volcanoes into relief to increase the resolution of the images.

The infrared camera used to image the volcanoes is the sensor (similar to those found in your cell phone camera) at the focus of the Large Binocular Telescope Interferometer  (LBTI) which is capable of combining the light from the twin 8.2-m meter diameter primary mirrors of the telescope. The infrared camera is sensitive to light from 0.9 microns (just beyond red wavelengths in the optical) out to 5.0 microns (in the thermal infrared) where hot magma radiates a lot of energy. This camera was designed and built partly with funds from the National Science Foundation awarded to the University of Minnesota astronomers. The University of Minnesota is a collaborating institution in the international LBTO project.

The results will help exo-geologists understand Io’s volcanoes better and are published in the Journal of Planetary Science.