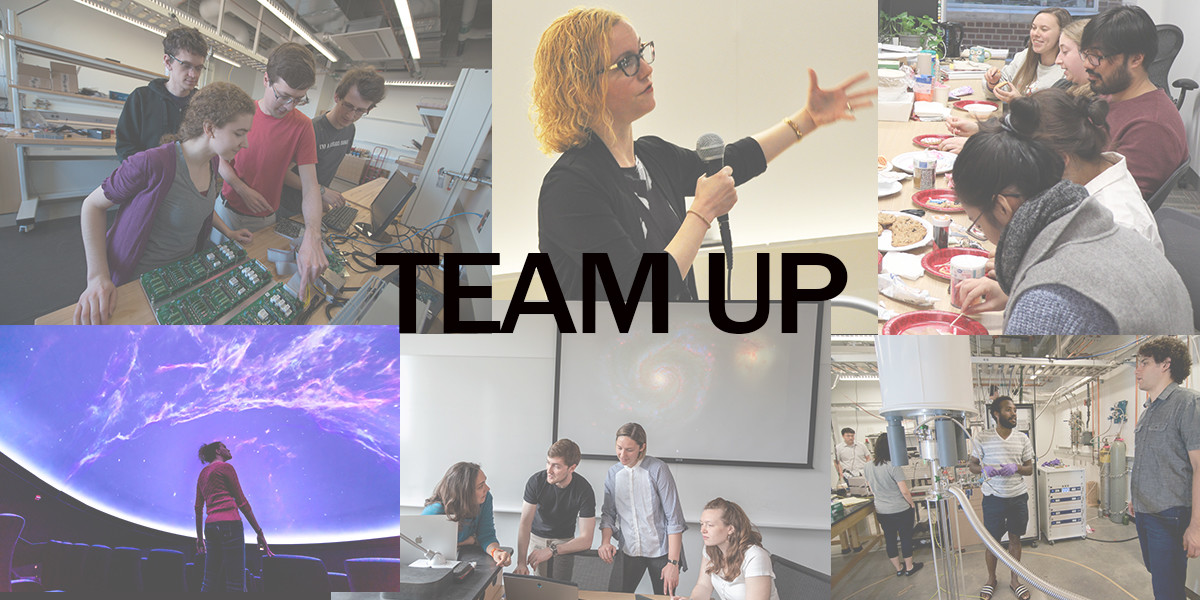 The School of Physics and Astronomy is participating in a set of implementation workshops hosted by the American Institute of Physics’ (AIP) Task Force to Elevate African American Representation in Undergraduate Physics & Astronomy (TEAM-UP). Last fall the School hosted MIT Professor Edmund Bertschinger, a representative from the task force who delivered the findings in a colloquium. The task force uncovered long-term systemic issues within the U.S. physics and astronomy communities that contribute to the underrepresentation of African Americans in these fields and made urgent, actionable recommendations for efforts to reverse this trend.  Minnesota was chosen as one of 47 universities to participate in the workshops  to institute these recommendations.

Professor Lindsay Glesener and Director of Undergraduate Studies, Professor Rafael Fernandes, as well as three graduate students have so far attended the workshops  as representatives from the School. The first phase is to attend workshops to share knowledge, talk with  other universities also working on this problem. They are also working on a large data collection effort in collaboration with the Office of Undergraduate Education, to better understand the demographics from past decades. “We are using data already collected by the University, but there is a lot of work to understand the trends the data will show us,” Glesener said.

As part of implementing the TEAM-UP recommendations, the School  is now providing  financial support for students to attend identity-based scientific workshops. It is  accepting applications  from students who want to attend these gatherings, prioritizing support for students who fit the identity, although Glesener notes that any student who can help promote our program is open to consideration and they don’t necessarily have to fit that identity. “These events help with identity,” Glesener says. “They help students say ‘I can see myself being a physicist because now I’ve met other physicists who look like me.’ ”

The School is also doing what it can to lower barriers faced by  African Americans and other under-represented groups. The TEAM UP report found that it was helpful to have a lot of in-roads into physics and astronomy. “One thing we do well is have a variety of professional sub-plans  for students to choose from, such as an emphasis on engineering physics, biophysics, computational physics or teaching, in addition to our professional physics sub-plan. There's a bachelor of arts degree offered as well for both physics and astrophysics majors.” The task force also found that the African American physicists cared a lot about giving back to the community. “The School already has or has had several excellent teaching and outreach programs, including The Physics Force, which brings lively physics demonstrations to thousands of elementary students across the state every year.  The School has also utilized in the past a Learning Assistant program, which provides undergraduates with a chance to help their fellow students in physics courses, earn a paycheck and address the shortage of physics high school teachers.