Universe@ Home: The Theory of General Relativity (And You)

The Theory of General Relativity (And You)

Right now, astronauts on the International Space Station are moving faster through time than you are. Similarly, your head is moving very slightly faster than your feet. These things are a result of the General Theory of Relativity, which states that Earth's gravity warps the space and time that we live in. In this talk, we'll discuss a few ways that general relativity is currently affecting you on Earth, and how astronomers have measured these effects in space.

Universe @ Home: Light Pollution and the Loss of the Night Sky

via zoom, registration is required

When people think of pollution, light isn't usually the first thing that comes to mind. However, light pollution can be just as harmful to humans and the environment. Not only do the stars become invisible when inside a major city full of bright lights, but sleep schedules of both humans and animals are negatively affected as well. Luckily, we can take action to halt the progression of light pollution and easily reverse it.

Can we build microscopic robots? If Nature can build at this scale, why can’t we? The brains are not the problem: a modern IC has tens of thousands of transistors in the area occupied by a paramecium. But two major components are missing:electronic actuators that can operate as the robot’s micro-appendages, and a power/communication system for getting energy/info in and out. In this talk, I will discuss work by an interdisciplinary team at Cornell to solve these problems. We first created OWiCs, or Optical Wireless Integrated Circuits, that use light for comms and power. OWiCs are smartphones for the micro world, with potential applications in everything from implantable sensors to microscopic ID tags.Here, they will be the brains of the microscopic robot. For appendages, we have developed a new class of electrochemical actuators called SEAs that readily flex on the micron scale. We then integrated SEAs with OWiCs to build our first prototype microscopic robots, which now hold the Guinness World Record for the Smallest Walking Robot.

Paul McEuen is the J ohn A. Newman Professor of Physical Science at Cornell University and Director of the Kavli institute at Cornell for Nanoscale Science. His research explores the electronic, optical, and mechanical properties of nanoscale materials; he is currently excited about using these materials to construct functional,intelligent micron-scale sensors and robots. He is also a novelist, and his scientific thriller SPIRAL (featuring tiny robots) won the debut novel of the year from the International Thriller Writers Association. He is a fellow of the American Physical Society, the National Academy of Sciences, and the American Academy of Arts and Sciences. He is also the co-founder of OWiC Technologies,an early-stage startup commercializing the Optical Wireless Integrated Circuit platform.

Galaxy Clusters are vast concentrations of many hundreds of galaxies bound together by gravity.  Einstein's theory of general relativity predicts that if light traveling towards us passes close to such a massive object, its path will be bent, and it will take longer for the light to reach us. Indeed, galaxy clusters act as giant and spectacular magnifying glasses that not only magnify background galaxies but also create multiple images of them. Dr. Kelly will talk about what happens when a massive star explodes as a luminous supernova in one of those distant, multiply imaged galaxies. He will also describe a recent discovery that individual stars in galaxies more than halfway across the universe can become so highly magnified by galaxy clusters that we can see them one-by-one from Earth.

This is the centenary year of the celebrated eclipse expeditions of 1919 which confirmed Einstein's theory of General Relativity. In recent decades the story of these expeditions has focused on Arthur Stanley Eddington and the question of his alleged bias in favor of Einstein’s theory. It has been alleged that Eddington threw out data which did not favor Einstein’s theory. Meticulous examination of the expeditions’ papers reveals that this view is mistaken. The relevant data was taken by the expedition organized by the Greenwich observatory and it was the director of that observatory, the Astronomer Royal, Frank Watson Dyson, who was responsible for the decisions in question. Studies of the data analysis sheets and comparison with modern re-analysis of the original plates vindicate his decision. The story of the two expeditions, is a remarkable one and this talk will examine the people, the instruments and the science of the teams and how their work changed science forever.

The zoom can be found on the WAPHLS Website:
https://sites.google.com/umn.edu/wipaumn/waphls

or by using the direct link

In this talk I will present the first results of a pilot project named “Deep Images of Mergers” (DIM) aiming at revealing optical shells or ripples around galaxies that might have had a merger with another galaxy in the past. Simulations show that when a large galaxy collides with one 10 or 100 times less massive, it tears the smaller one apart. The stars themselves survive, though, even if their galaxy doesn’t. Their orbits disrupted, they slosh around the larger galaxy, ending up in shells in its periphery. Following the merger, the galaxies are thought to become lenticular, a state of transition between the more typical spiral and elliptical galaxies. To test this idea I have put together a team of 5 Brazilian astrophotographers to take deep images of lenticular galaxies, including Centaurus A and Arp 230. The DIM project is a collaboration currently using a combination of small telescopes across Brazil: two Ritchey-Chretien 8” and 12”, a Celestron 11”, a reflector 450mm and an APM 140 mm refractor. In deep images taken with these relatively small telescopes we are able to see a large field of view and expand our search for faint shells at large distances. After combining all images to the same scale, the first results of the stacked images with dozens of hours of exposure reveal a large number of shells confirming the feasibility of the project and the importance of deep images when analyzing mergers. This project is a type of citizen project that proves that science can be done at home and inspires the population about the importance of science. We are currently recruiting more collaborators to join the DIM network. I will finalize by telling the story of Mulher das Estrelas (Woman of the Stars), its impact in our society and how we can change the world, student by student.

Abstract:  We begin with an overview of the precision stellar astrophysics enabled by the confluence of Gaia parallaxes with large-scale photometric and spectroscopic surveys. We then give examples of the new understanding of local Galactic structure that this has enabled, including in particular the detailed history of canonical star-forming regions, and the discovery of "stellar strings" reflecting the local conditions of recent star formation.

Novel physics discoveries heavily rely on the design and synthesis of new materials, which, in turn, depends a lot on the growth method. I will use the backdrop of my group’s discoveries of several Kondo systems, to emphasize the importance of the interplay between chemistry, materials science and physics in unveiling new materials’ properties. In particular, I will focus on YbT3M7 where the transition metal T is either Rh or Ir, and the metal M is Si or Ge. These are rhombohedral compounds, chemically and structurally very similar, with some similar physical properties and substantive differences. They all show evidence for strong electronic correlations and Kondo physics; one orders ferromagnetically (YbIr3Ge7) while the other two have antiferromagnetic ground states. Most remarkable, YbIr3Si7 shows long range antiferromagnetic order and non-Fermi liquid behavior even within the ordered state, while the electrical resistivity indicates bulk insulating behavior with ARPES and DFT calculations pointing to a conductive surface. We reconcile the observed Kondo physics, long range magnetic order and the insulating-to-metal crossover from bulk to surface with a proposal of Kondo exhaustion and evience for a Yb valence transition from magnetic (3+ in the bulk) to non-magnetic (2+ on the surface).

Emilia Morosan is a Professor of Physics and Astronomy, Chemistry and Materials Science and Nanoengineering at Rice University in Houston TX. She joined Rice in 2007, following doctoral work in Physics at Iowa State University and Ames Lab, and a postdoctoral position in Chemistry at Princeton University. She received several early career awards, including the Presidential Early Career Award for Scientist and Engineers (PECASE) and the NSF CAREER, and was recently selected as a EPiQS Investigator by the Gordon and Betty Moore Foundation. When not "cooking" in the lab, Emilia enjoys baking, gardening, kayaking, rock climbing, and most mornings you can join her for a bike ride or a run. 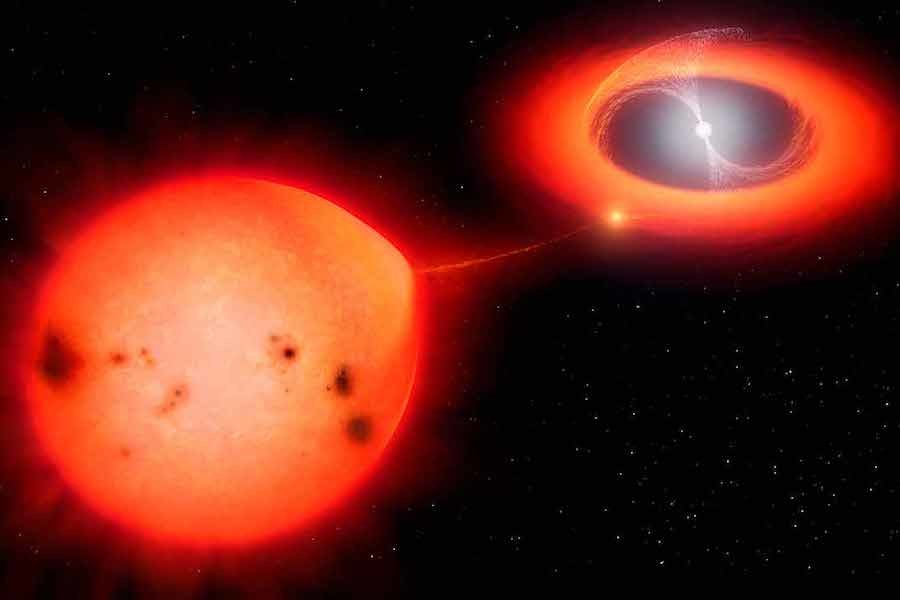 A research report, co-authored by Professor Charles Woodward of the School of Physics and Astronomy describes the unusual quirks of V1674 Hercules, the fastest nova ever on record. 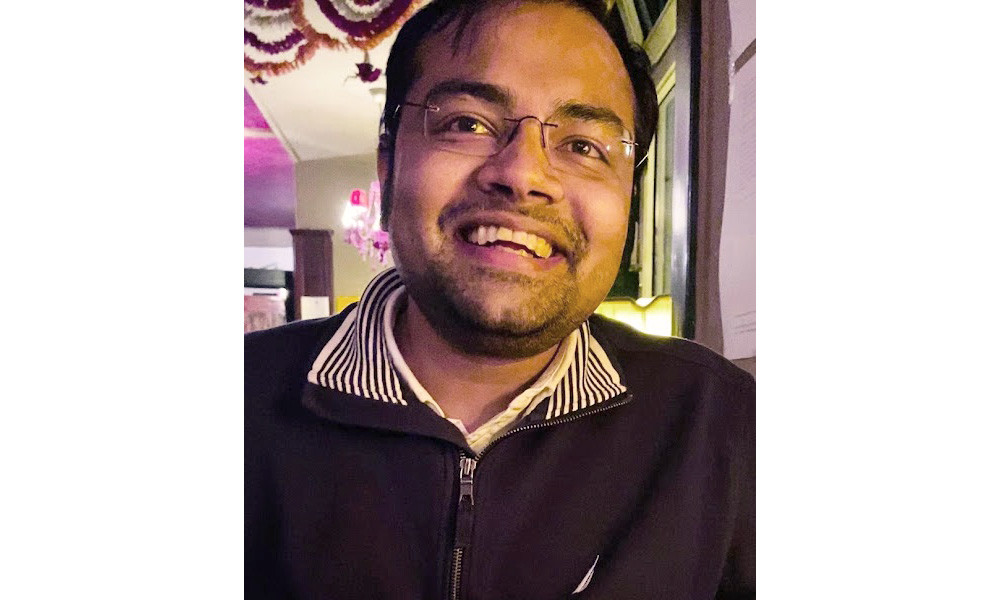 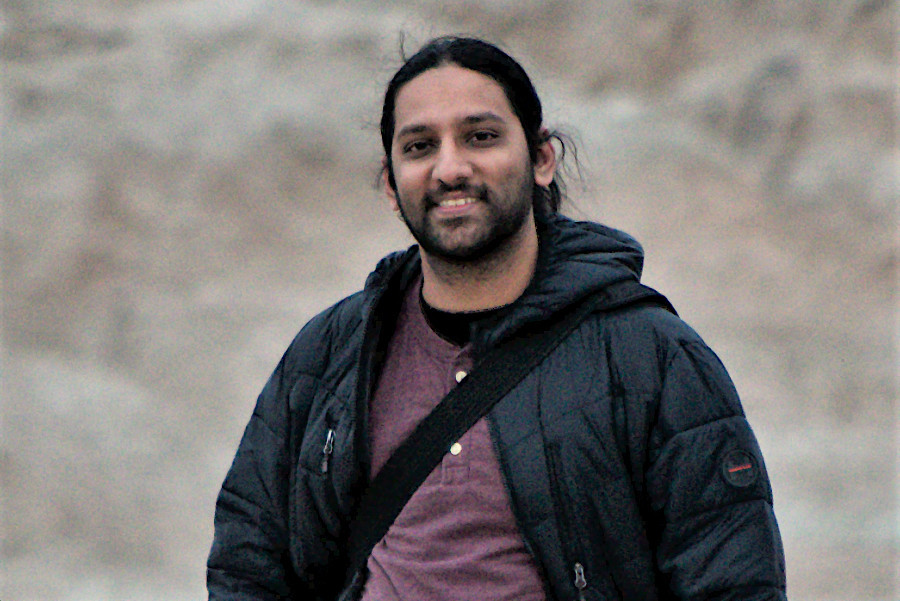 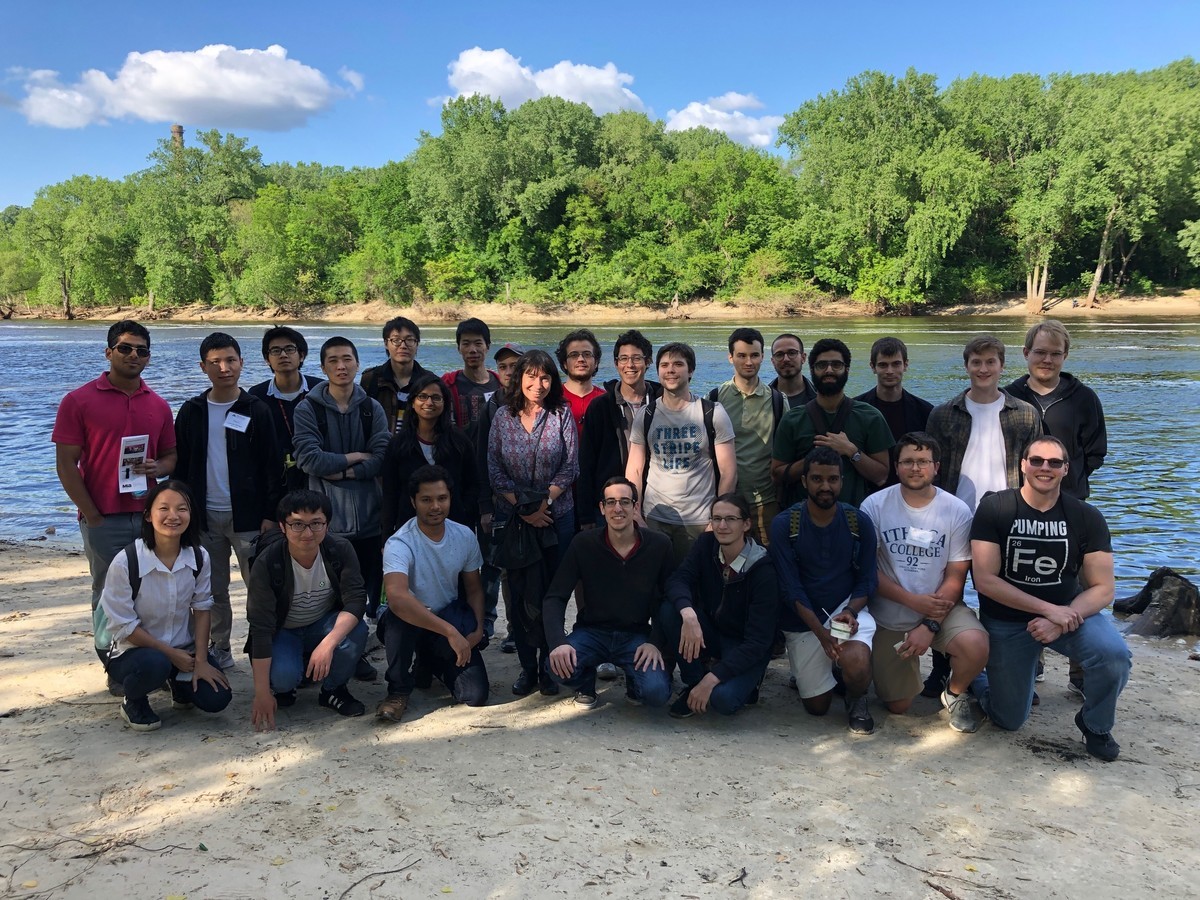 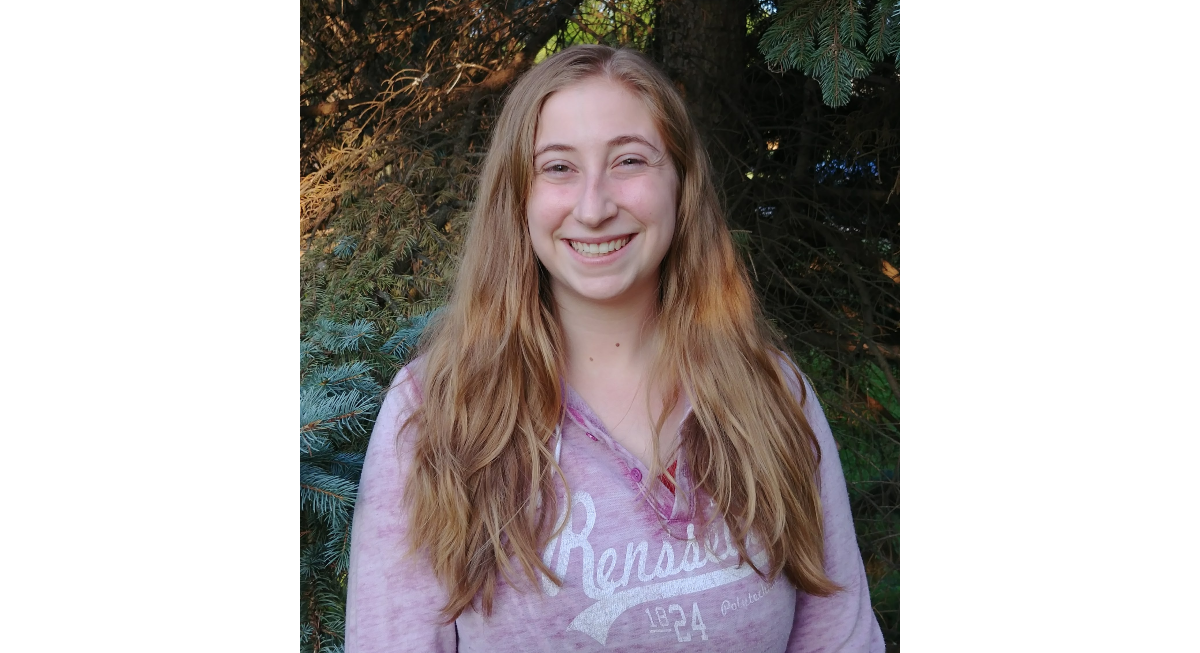 Jenna Freedberg, graduate student in the School of Physics and Astronomy, received a 2022 President's Student Leadership and Service Award. 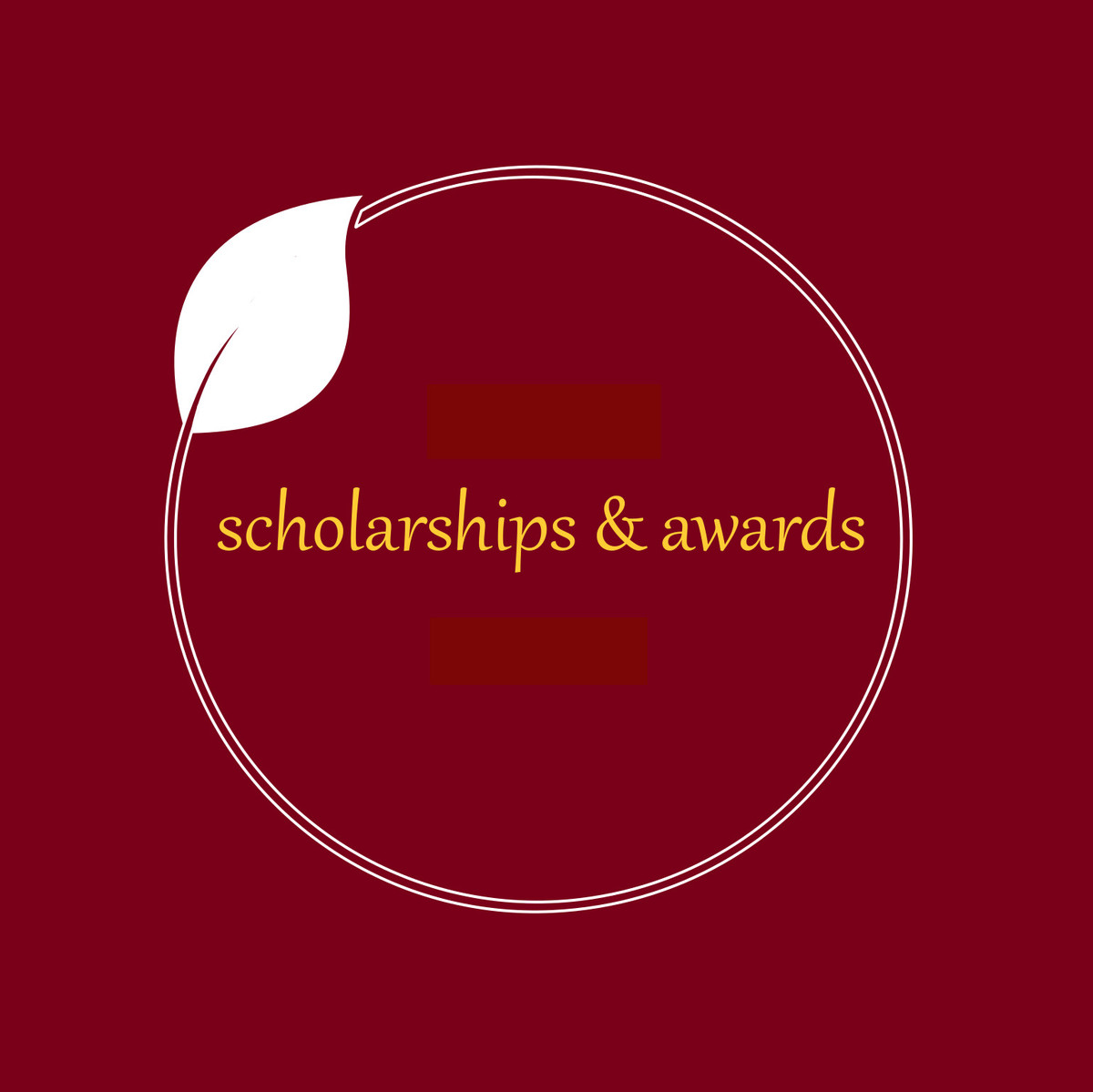 There are 31 undergraduate recipients for 14 separate scholarships. 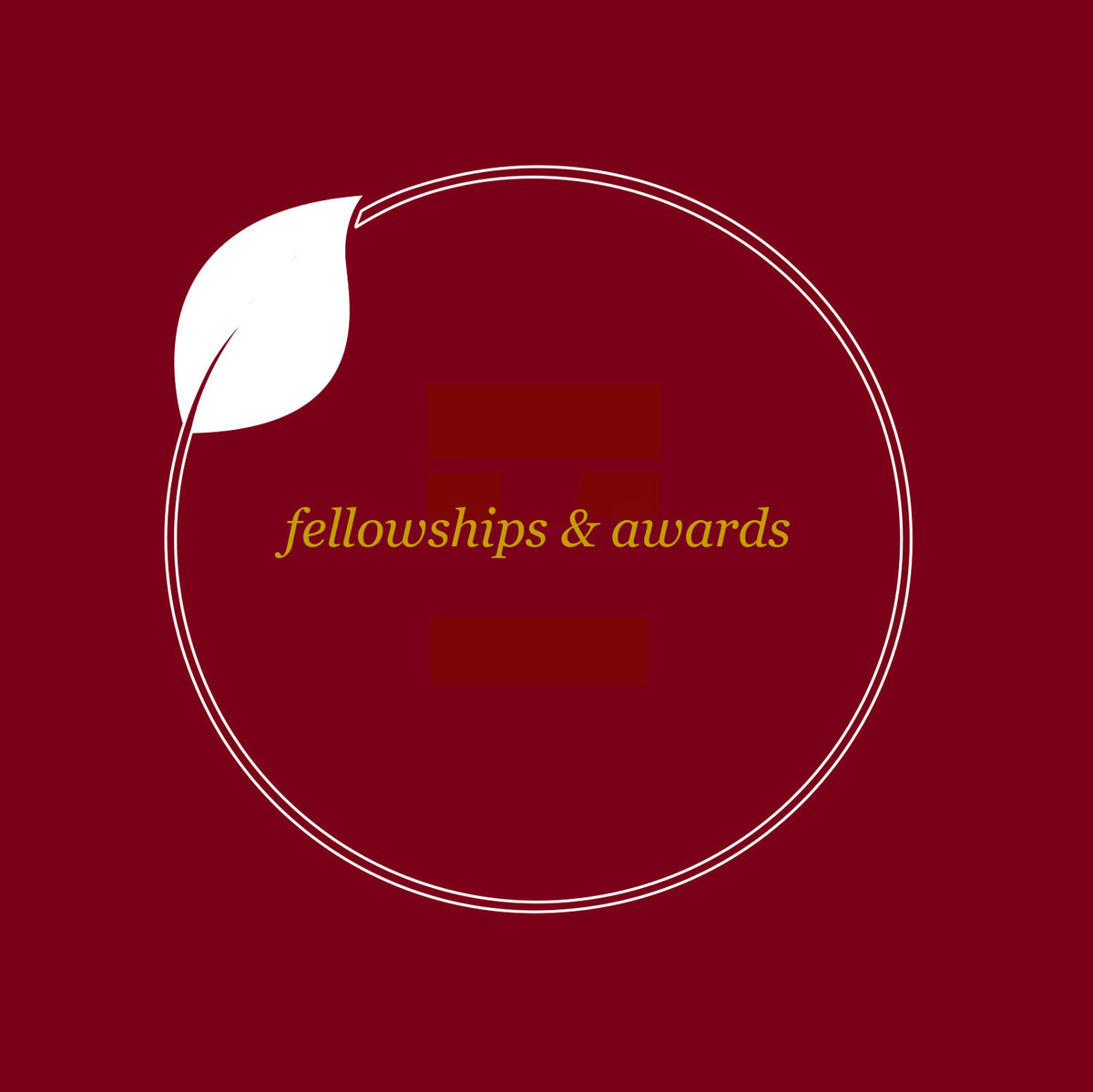 There are 11 graduate award and fellowship recipients in the School for 2021. 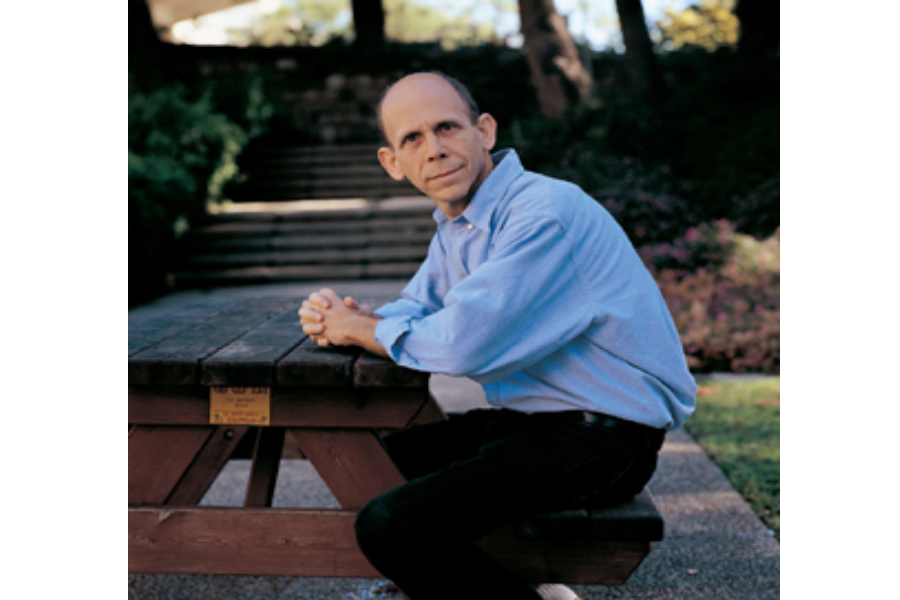 Professor Shaul Hanany of the School of Physics and Astronomy has received the 2022 College of Science and Engineering George W. Taylor Award for Distinguished Service. 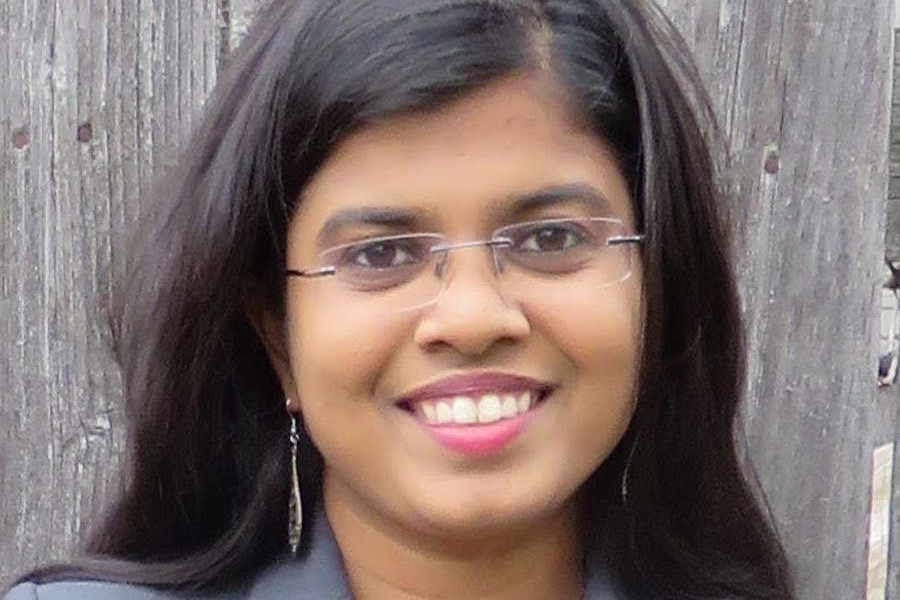 Sajna Hameed (PhD 2021), now a postdoc at the MPI, Stuttgart, Germany, was recently selected as a recipient of the biennial Neutron Scattering Society of America (NSSA) Prize for Outstanding Student 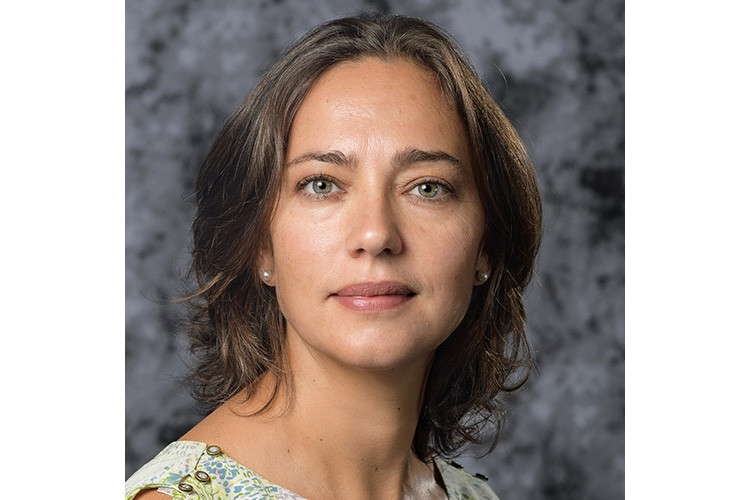 Claudia Scarlata was named as a 2022 Distinguished McKnight Professor. She was recognized for her significant contributions to the study of the sources responsible for the last major transformation