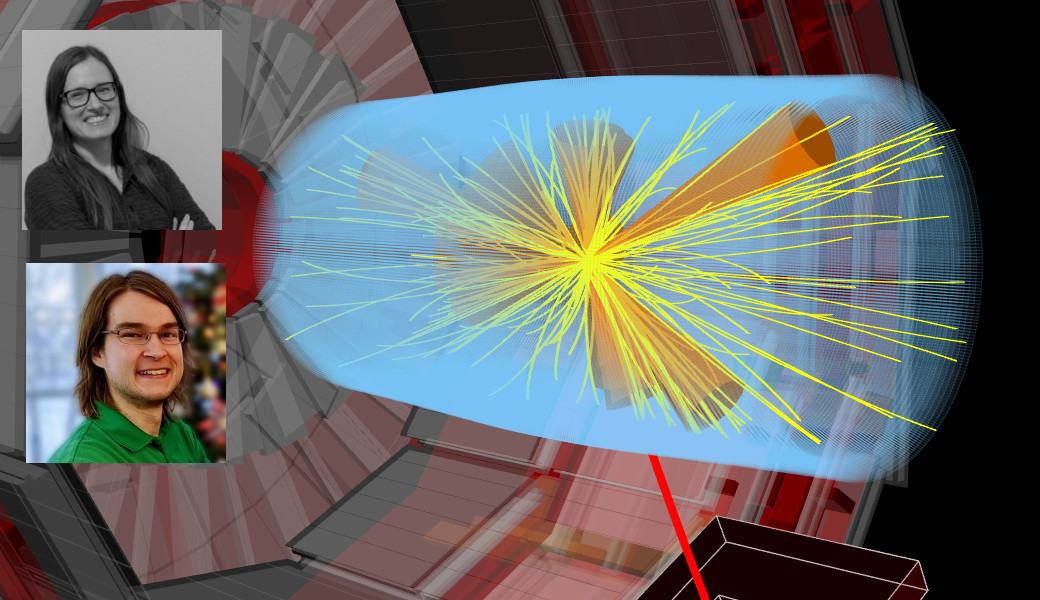 Nadja Strobbe, who joined the School as an assistant professor in 2019,  is leading an investigation into what she calls “stealth Supersymmetry (SUSY).” The elusive process of supersymmetry is a theoretical extension of the Standard Model that predicts a partner particle for every particle. These new particles could solve a major problem with the Standard Model – fixing the mass of the Higgs boson. To date, there has been no evidence for supersymmetry, although experiments at the Large Hadron Collider (LHC) have ruled out some of the simplest models.

Strobbe is part of the Compact Muon Solenoid experiment at the LHC. She started out studying more traditional signatures of SUSY, looking at top quarks, which in supersymmetric theory are supposed to have a superpartner. The standard approach is to look for a lot of missing energy. “If this particle existed it would decay into a top quark. If you reconstruct this event, there is some energy missing. Most traditional searches look for this mismatch in energy. I’ve done that in the past and we haven’t found anything with that approach. There are some models that don’t even have the mismatch.” Strobbe’s group is looking for signatures that have many more “jets,” or sprays of particles in the event.

To handle these more complex events, the group uses machine learning, because standard techniques would not be able to tell interesting events from the background. “We really have to exploit these new developments in data science. There’s no way one person could look at them and analyze it. You write big algorithms to analyze what comes out.”

Joshua Hiltbrand is a grad student working on machine learning, among other activities, in Strobbe’s group.  His job is to study the “transverse momentum” of events-- looking for those jets coming out perpendicular to the beam. “We add up all the transverse momentum and that should come to zero,” Hiltbrand says. The group looks for events with low missing transverse momentum because all of the events with large missing energy have been studied already.  In our case we’re trying to find events with this stealthy SUSY model so things that decay back into something that isn’t necessarily a red flag that there’s SUSY here. Looking for anything that isn’t obvious, anything that is hard to disentangle as a signal.”

This approach is aiming to explore cracks where SUSY might have fallen through and to set higher mass limits for potential SUSY particles. The collision energy determines the maximum mass of a SUSY particle that could be produced. Particles with higher masses would also be produced less often, so there are limits to what can be ruled out with the available data. “We are hoping to rule out SUSY’s existence up to the energies the LHC is capable of.”

The collider is currently in a phase known as Long Shutdown Two (LS2).  Starting in 2022 it will be taking more data for about three years. Then there will be another shutdown (LS3, from 2025-2027) in order to carry out a massive upgrade to the collider and detectors. The energy is expected to increase, but not very much (from 13 to 14 TeV)  “We will be collecting more and more data and progress will be slower,” Strobbe says.  At that point they will change their approach to doing really precise standard model measurements. “In the next 10-15 years we will have very precise measurements and we’ll be able to tell if there is something there.”

With these very precise searches there is a greater chance of glimpsing stealth SUSY. For example looking at the way the Higgs Boson decays, when measured very precisely, there may be places where it differs from the expected path. “To do that you need a lot of data,” Strobbe says. “By the end of the high luminosity period (about 15 years) we should have 20 times more data than exist now.