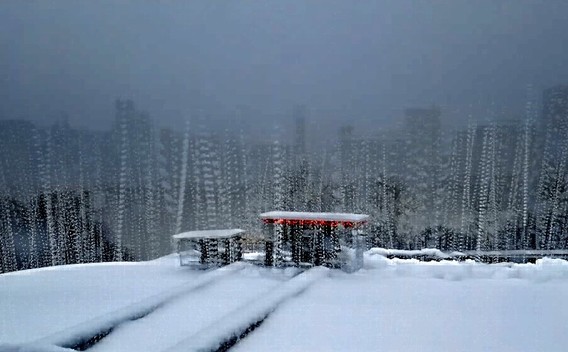 Abstract: Turbulent flow is a common occurrence in the environment and has been studied in both the lab and the field. It’s depicted as a chain of cascading eddies and they interact with each other and the objects within the turbulence. We developed three techniques to investigate multiple aspects of turbulence and its interaction with the dispersed objects. First, a machine-learning-based image segmentation method is developed to measure the bubble distribution, size and shape from shadowgraph of bubbly flow due to cavitation. This method yields faster processing speed and higher accuracy compared to the traditional methods and can be applied to other types of shadowgraph. Second, experiments are conducted in the field using a super-large-scale particle image velocimetry system and a particle tracking velocimetry system to measure the settling of snow particles in atmospheric turbulence. Evidence supports the preferential sweeping of snow particles with higher concentration and enhanced velocity at the downward side of vortices. Lastly, a direct vorticity measurement technique based on digital inline holography is developed and assessed. It can be used to capture small-scale eddies in turbulence and study the interaction of the eddies in most laboratory experiments. 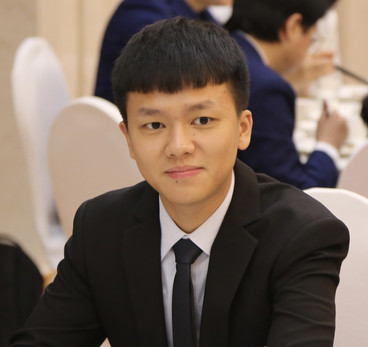 About the Recipient: Jiaqi Li is a third year PhD student in the Department of Mechanical Engineering at the University of Minnesota. He is currently working with Prof. Jiarong Hong on experimental fluid mechanics. His work focuses on developing experiment techniques for measurement of turbulent flow under a broad range of scales including a method for direct vorticity measurement, a snow particle analyzer based on digital inline holography, and a machine-learning-based imaging processing approach for shadowgraph of bubbly flow. Jiaqi received his bachelor’s degree from the University of Science and Technology of China in Energy and Power Engineering. 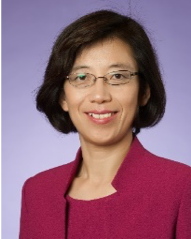 About the Speaker: Dr. Cuiling (Sue) Gong received her BS degree from Tsinghua University in China. She studied at SAFL from 1991 to 1994 and received her master’s degree in Civil and Environmental Engineering from University of Minnesota.  She later received her Ph.D. in Mechanical Engineering at MIT.  She joined the technology development team at Texas Instruments in 2000 working on the design of the digital micromirrors device (DMD) that has enabled a wide range of display and light control applications such as projectors in movie theaters, classroom, and conference rooms, head-up display in cars, digital lithography and hyperspectral imaging.  She currently teaches at Texas Christian University as a professor in Fort Worth, Texas.

Distinguished Lecture: Self-focusing of the flow: On the growth of karst conduits and river networks

Abstract: "The waves of the sea, the little ripples on the shore, the sweeping curve of the sandy bay between the headlands, the outline of the hills, the shape of the clouds, all these are so many riddles of form, so many problems of morphology, and all of them the physicist can more or less easily read and adequately solve," wrote D'Arcy Wentworth Thompson in 1917 in his famous book "On growth and form." Modern science has progressed along the way outlined by Thompson, discovering the principles by which multiplicity of relatively simple interactions can give rise to the emergence of organized structures or qualitatively new behaviors. In this talk, I will give two examples of self-organizing growth processes driven by the flow: the growth of "wormholes" in a dissolving rock during early stages of cave formation and the growth of seepage channels incised by groundwater flow. In particular, I will discuss the question why the initially planar fracture is dissolving in an inhomogeneous manner, leading to the appearance of karst conduits and why the tributaries of Apalachicola River in Florida join each other at an angle of 72 degrees.

About the speaker: Piotr Szymczak received his PhD degree in physics from the University of Warsaw (Poland) in 2001. He was a postdoctoral fellow at the University of Florida (USA) before joining University of Warsaw as a faculty. He now heads the Department of Complex Systems Modeling at the Faculty of Physics, University of Warsaw. He was a visiting professor at several research institutions, including the Newton Institute in Cambridge, UK, Institut de Physique du Globe de Paris (France) and Sorbonne University in Paris. His research focuses on the intersection between fluid dynamics and other fields: from the reactive flow and dissolution processes in porous or fractured rock to the structure and dynamics of biological soft matter. He has published over 100 papers in peer-reviewed journals and edited two books.