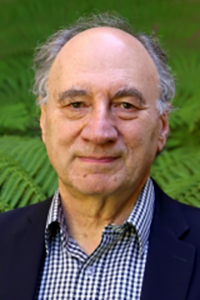 Claude Weisbuch is Distinguished Professor in the materials department of University of California at Santa Barbara and Directeur de Recherche emeritus at the Centre National de la Recherche Scientifique (CNRS) at Ecole Polytechnique. He has held positions at University of Paris, and in various industries, at Bell Laboratories, Saint-Gobain and Thomson-CSF (now Thales).

In 2002, he founded Genewave, Paris, now owned by Mobidiag, a company devoted to fluorescence based molecular diagnostics systems. He works on semiconductor optics, spintronics, lasers, photonic crystals, and basic quantum light matter interactions. In basic semiconductor physics, he determined for the first time several fundamental parameters in II-VI and III-VI materials such as effective masses, electron g-factors and interband matrix elements through innovative experiments and theory. These papers have become "classics" for the band parameter determination in semiconductors.

He then developed new lasers and pioneered their use in the resonant spectroscopy of semiconductors in the late seventies. He showed the intrinsic origin of light emission in quantum wells and quantified their microscopic interface disorder, a classic in quantized semiconductor structures. In 1991, he co-discovered the new fundamental and unexpected nature of the photon-matter interaction of quantum wells in microcavities: the strongly-coupled (in the quantum mechanical description of light-matter coupling) excitons and photons.

This has since developed into a major research area as the resulting quasi-particles, so-called cavity polaritons, exhibit strong Boson-like quantum properties associated with Fermion-like interactions. They bring quantum effects “democracy” to many laboratories as quantum phenomena such as Bose-Einstein condensation, superfluidity and associated effects can be studied with very minimal laboratory investments in these solid-state systems.

He then turned to photon manipulation and determined quantitatively for the first time the properties of 2-D photonic crystals. These were applied to ultimate microcavity and photonic crystals Light Emitting Diodes. Since his joining UCSB in 2003, he focuses on nitride materials basic phenomena, most recently on disorder-based phenomena.

He is a founding member of the Académie des Technologies (French academy of engineering). He is a fellow of the American Physical Society and he received the Welker prize in 1999, the France Telecom prize of the Academy of Sciences (France) in 2001 and the grand Prix Leon Brillouin of the French Optical society in 2011.