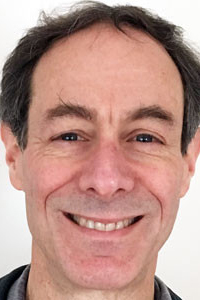 David Jerison is Professor of Mathematics at MIT. His research interests are in Fourier analysis and partial differential equations. Jerison has written one dozen articles in top journals (Acta Math, Annals of Math, Inventiones, and Journal of the AMS). With Carlos Kenig, he made fundamental contributions to the theory of Harnack inequalities and harmonic measure in nonsmooth and fractal domains and to the theory of Carleman inequalities.

With John M. Lee, he proved extremal inequalities on the Heisenberg group and solved the CR Yamabe problem on Cauchy-Riemann (CR) manifolds. He developed new estimates for the Monge-Amp`ere equation and for harmonic measure in convex domains to resolve the problem of finding a polyhedron given the normals to the faces and their harmonic measures. This led him to inverse problems, analogous to the Minkowski problem, for first variation of capacity or the ground state Dirichlet eigenvalue of a convex domain in place of the volume functional used in the Minkowski problem. In 2012, with Lionel Levine and Scott Sheffield, he resolved a 25-year old problem concerning the fluctuations of a growth process related to Brownian motion and harmonic measure known as internal Diffusion-Limited Aggregation (internal DLA). A large fraction of his work is dedicated to understanding the shape of Neumann and Dirichlet eigenfunctions and related questions concerning the regularity, geometry, and topology of free boundaries and minimal surfaces.

Jerison was awarded an Alfred P. Sloan Research Fellowship, 1985-87, and an NSF Presidential Young Investigator Award, 1985-90. He was elected a Fellow of the American Academy of Arts and Sciences in 1999. He was selected as a MacVicar Faculty Fellow 2004-14 and MIT Class of 1960 Fellow, 2014-16. He became a Fellow of the American Mathematical Society (AMS) in 2012. He and Lee received the Bergman Prize of 2012, awarded by a committee of the AMS for their work in CR geometry. In 2018, he was awarded a Simons Fellowship in Mathematics. He has delivered many named lecture series, most recently the Ordway Distinguished Lectures at U. Minnesota in 2016 and the Zhu Khezhen Lectures at Zhejiang University in 2017. He gave an invited address at the AMS summer meeting in Salt Lake City in 1987 and an invited address at the International Congress of Mathematicians in Zurich in 1994. He was an editor of Inventiones 2000-2009 and is currently an editor of the Cambridge Journal of Mathematics and an associate editor of the Duke Mathematical Journal. He served on the 2010 Advisory Board for Mathematics of the Ministry of Education of Israel. He has served on many AMS committees and is currently Vice President of the AMS.

See biography for this information