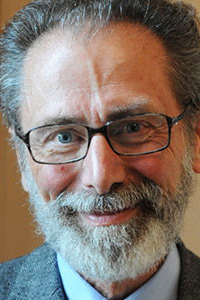 Principal Investigator, Associate Member of Centre of Mathematics and its Applications (ENS

Simons Collaboration on Localization of Waves

Yves Meyer, professor emeritus at the Ecole Normale Supérieure Paris-Saclay in France, proves that, in contrast to what F. Scott Fitzgerald said about American lives; in mathematics a life can indeed have a second act, and perhaps even several more. Having made important contributions in the field of number theory early in his career, Meyer’s boundless energy and curiosity prompted him to work on methods for breaking down complex mathematical objects into simpler wavelike components – a topic called harmonic analysis. This led him in turn to help construct a theory for analysing complicated signals, with important ramifications for computer and information technologies. Then he moved on again to tackle fundamental problems in the mathematics of fluid flow.

That tendency to cross boundaries was with him from the start. Born on 19 July 1939 of French nationality, he grew up in Tunis on the North African coast. “The Tunis of my childhood was a melting pot where people from all over the Mediterranean had found sanctuary,” he said in a 2011 interview. “As a child I was obsessed by the desire of crossing the frontiers between these distinct ethnic groups.”

Meyer entered the élite Ecole Normale Supérieure de la rue d’Ulm in Paris in 1957, coming first in the entrance examination. “If you enter ENS-Ulm, you know that you are giving up money and power,” he later said. “It is a choice of life. Your life will be devoted to acquiring and transmitting knowledge.”

After graduating, Meyer completed his military service as a teacher in a military school. But despite his deep commitment to education and his students, he wasn’t suited to the role. “A good teacher needs to be much more methodical and organised than I was,” he admits. Moreover, he was uncomfortable with being the one who was “always right”. “To do research,” Meyer has said, “is to be ignorant most of the time and often to make mistakes.” Nevertheless, he feels his experience of high school teaching shaped his life: “I understood that I was more happy to share than to possess.”

He joined the University of Strasbourg as a teaching assistant, and in 1966 he was awarded a PhD there – officially under Jean-Pierre Kahane, but Meyer asserts that, like some others in France at that time, he essentially supervised himself. He became a professor of mathematics first at the Université Paris-Sud (as it is now known), then the Ecole Polytechnique and the Université Paris-Dauphine. He moved to the ENS Cachan (recently renamed the ENS Paris-Saclay) in 1995, where he worked at the Centre of Mathematics and its Applications (CMLA) until formally retiring in 2008. But he is still an associate member of the research centre.