We held our fourth annual Mechanical Engineering Three Minute Thesis (ME3MT) competition on 10/13/22, where graduate students have three minutes to explain their research in easy to understand language. The event was held in Keller Hall on the UMN Twin Cities campus and featured three judges from local industry and nine presenters. 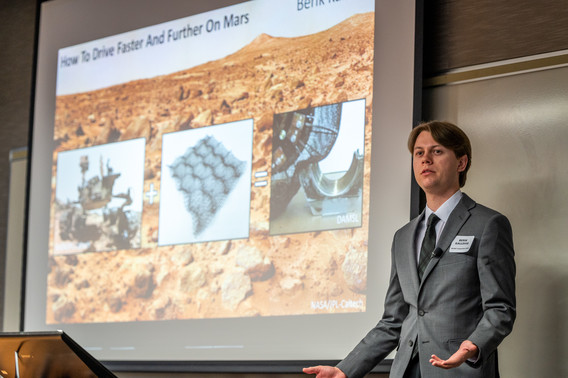 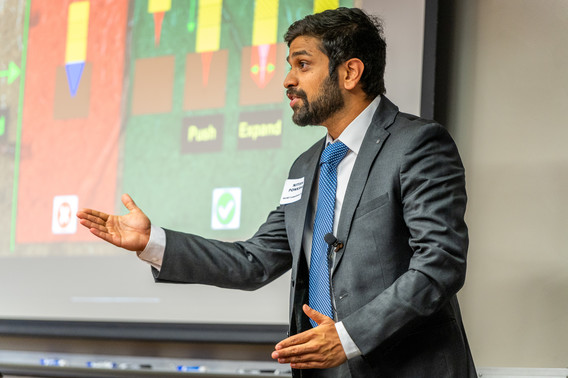 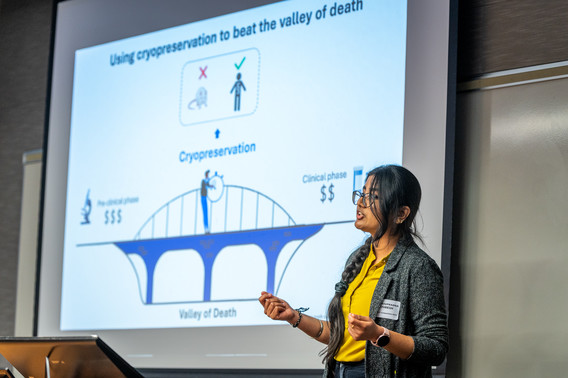 The Three Minute Thesis (3MT) is an internationally recognized competition that challenges graduate students to present a compelling version of their thesis and its significance in just three minutes, in easy-to-understand language. 3MT is not an exercise in trivializing or “dumbing-down” research but rather requires students to consolidate their ideals, crystallize their research discoveries, and capture the imagination of their audience. Presenting in a 3MT competition increases their capacity to effectively explain their research in a short amount of time to a non-specialist audience.

The idea for 3MT came about in 2008 at a time when the state of Queensland was suffering severe drought. To conserve water, residents were encouraged to time their showers, and many people had a three minute egg timer fixed to the wall in their bathroom. The then Dean of the University of Queensland Graduate School, Emeritus Professor Alan Lawson, put the two concepts together and the idea for 3MT was born.