From solar energy to thermal management of power plants to tissue preservation, the world is constantly presenting new challenges that engineers in this field answer.

Thermodynamics and heat transfer deal with energy systems, including conservation of energy and efficient conversion of energy forms as well as transport of thermal energy by heat transfer and transport of component mass by mass transfer. Heat transfer and thermal sciences have been a traditional strength of the Department of Mechanical Engineering dating back to the arrival of Professor Ernst G. Eckert in Minnesota in 1951. With four members of the National Academy of Engineering (Professors Eckert, Goldstein, Pfender and Sparrow), this area continues to play a major role in the department. While initially having being focused on heat transfer in thermal mechanical systems, the heat transfer efforts in the department may now be among the broadest at any university in the U.S. and possibly the world, ranging from heat transfer in mechanical and combustion systems to heat transfer in biological systems to heat transfer at ultra-high temperatures, when matter transitions into the plasma phase — sometimes called the fourth phase of matter. Studies in these nontraditional areas are conducted in major centers, including the Center for Biotransport, and the High Temperature and Plasma Laboratory.

In recent years, this area's scope of research has expanded to include heat and mass transfer in the production of fuels (including production using concentrated solar energy), thermal management (using impinging jets, phase change and porous media) of electronics, vehicle engines and large-scale power plants, heat and mass transfer in frost formation and melting, heat transfer at the micro-scales and nano-scales in new materials, energy storage, transport measurements for turbulent flow modeling and simulation of film growth during fabrication of solar cells. Other important applications of heat and mass transfer include biomedical applications such as tissue preservation and thermal treatment of cancer as well as mass transport in organs of the body, and important thermal and humidity control of buildings. 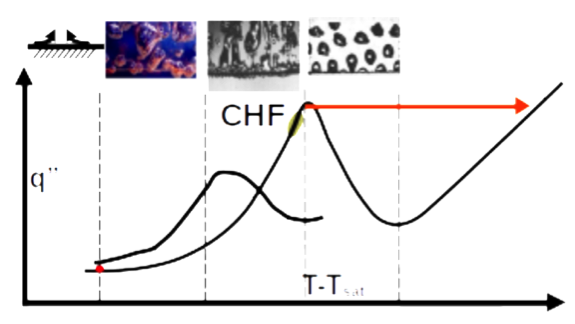 Take a look around our labs.