Wave localization is ubiquitous in many physical systems. In condensed matter physics, Anderson localization of electronic states induced by the presence of a structural disorder at the atomic scale has been and still is for a large part a long-standing theoretical and experimental puzzle. The question has pervaded other fields such as optics or cold atom physics, with experimental setups trying to achieve spatial localization of light or of atomic matter waves in Bose-Einstein condensates.

In the recent years, a new type localization has attracted a lot of attention, named Many-Body Localization (MBL). It has appeared in many different domains, condensed matter physics, quantum information, cold atoms, and consists of a localization in phase space. This phenomenon, which can also be seen as a localization on a random graph, is closely related to the question of thermalization of interacting quantum systems in the presence of disorder, where the ergodic phase corresponds to a delocalized distribution in phase space while the non-ergodic phase is localized. In that regard, it is also connected to the manipulation of quantum information.

Both Anderson localization and MBL emerge from the presence of disorder. They share some common features, but still differ in their nature and their manifestations. The goal of this meeting is to introduce the theoretical foundations, the concepts and the theoretical tools to address and tackle the questions raised by localization and MBL, and to understand how some of these questions can be answered by using quantum simulators. These include (non-exhaustive list) the structure of spectra of random Schrödinger operators, dynamical aspects of localization, geometric approaches to localization, and the role of interactions.

This school will be the opportunity to bring together researchers and students from these connected but different fields, to exchange and to cross-fertilize their approaches. 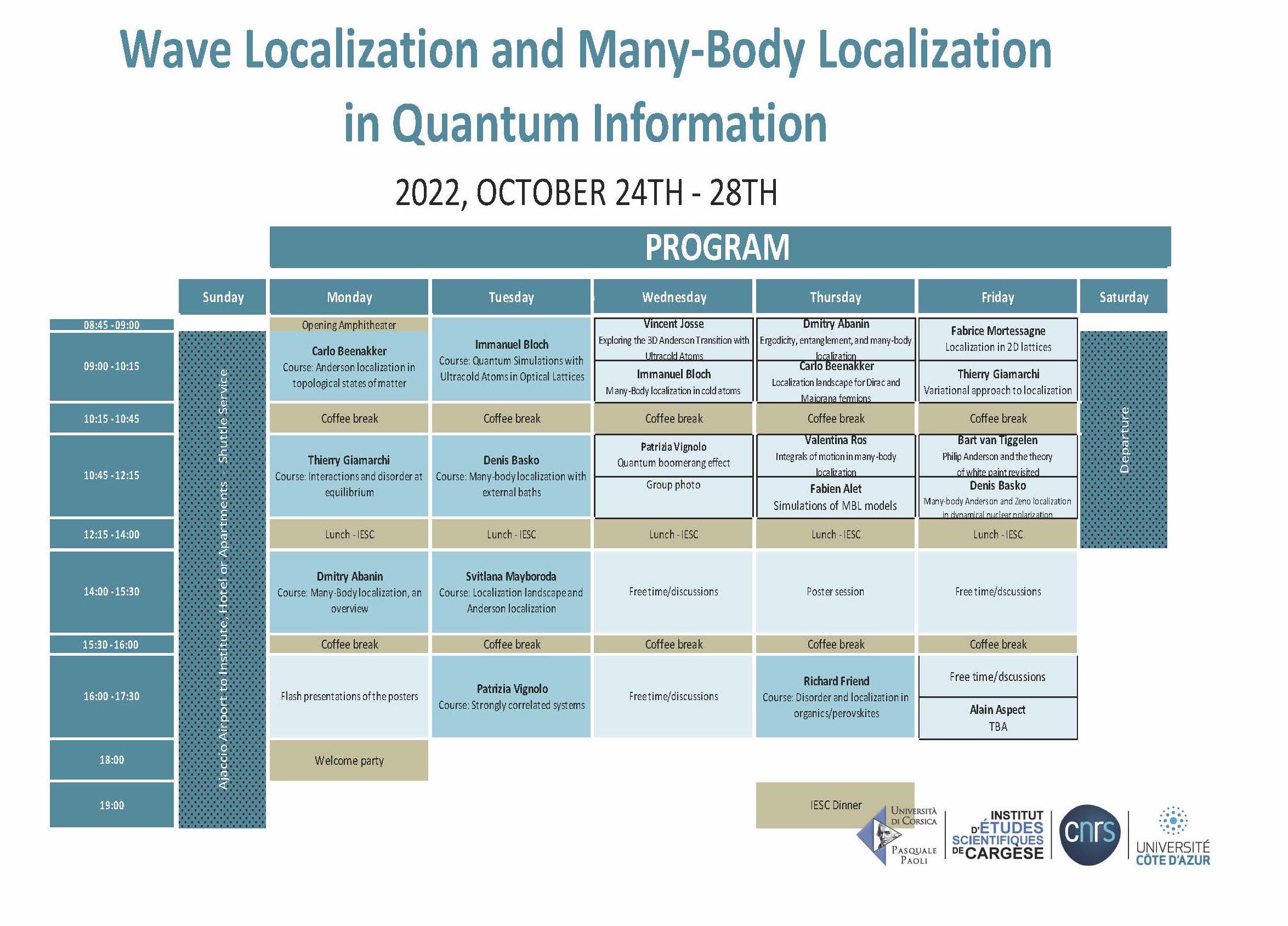 Registration was being managed on the IESC website, but it has closed for this event.

The cost of your stay at the IESC corresponds to your actual consumption (lodging and meals). For the duration of the conference the charges are:

Your stay at the IESC (lodging and meals) must be paid either on site at the Institute in €uros by credit card or (exclusively for the package corresponding to the full period) before arrival.

Cargèse is located on the west coast of Corsica, the nearest airport and port are in Ajaccio, which is 50 km south of Institut d’Etudes Scientifiques.

Arrival & Departure
Shuttles from Ajaccio airport to Cargèse and back will be available on October 23 and 29.  Participants must arrive at Ajaccio airport on the afternoon of Sunday, October 23, 2022, before 6pm. The return trip will be on Saturday, October 29 at 8am, so outbound flights should not be scheduled for earlier than 11am. The bus leaves on time and will not wait (unless the planes are delayed). It is recommended that you arrive at least 45 minutes before the scheduled departure time. Please plan your travel schedule accordingly. If you miss the last bus, you are responsible for your own transportation.

Driving across Corsica is scenic, but can be time consuming and requires renting a vehicle. Taxi costs to or from the airport can be anywhere between €100 to €140. 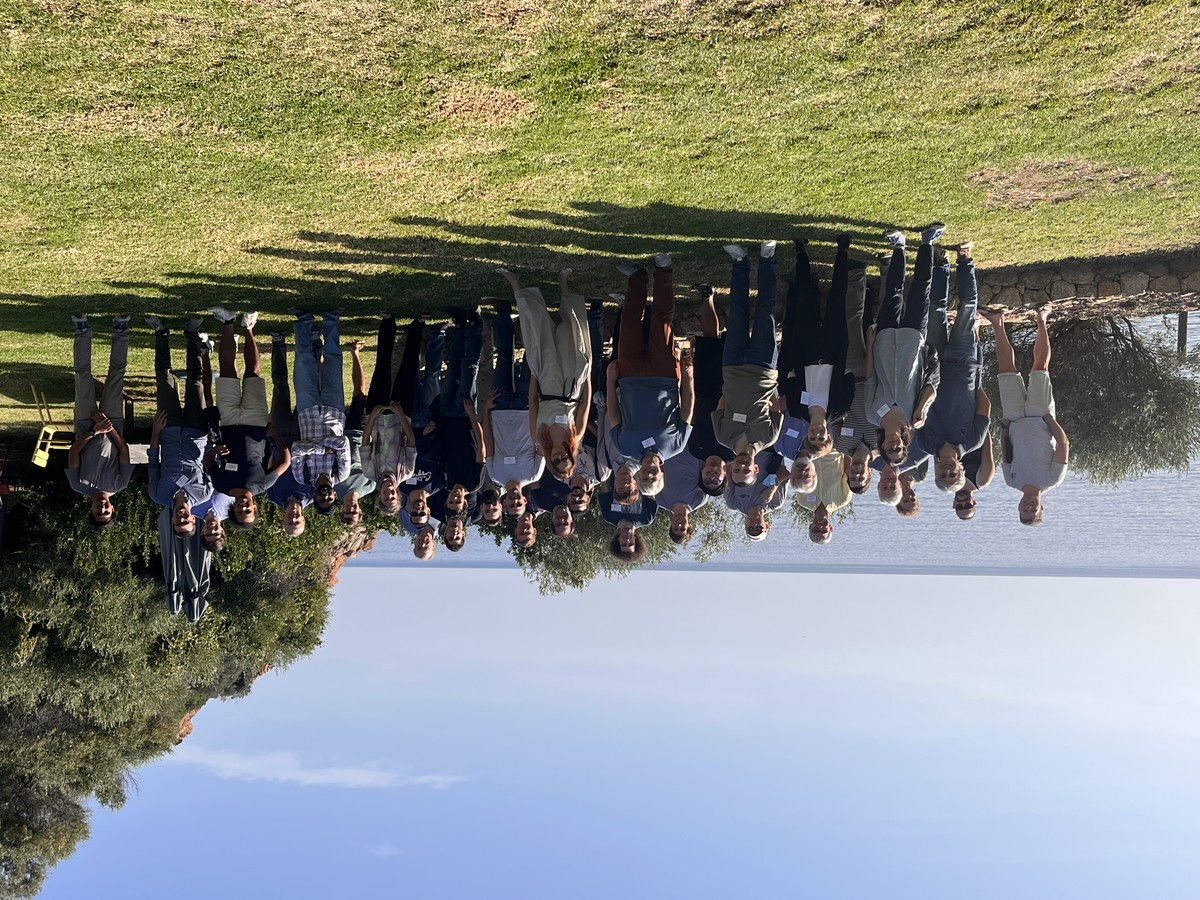 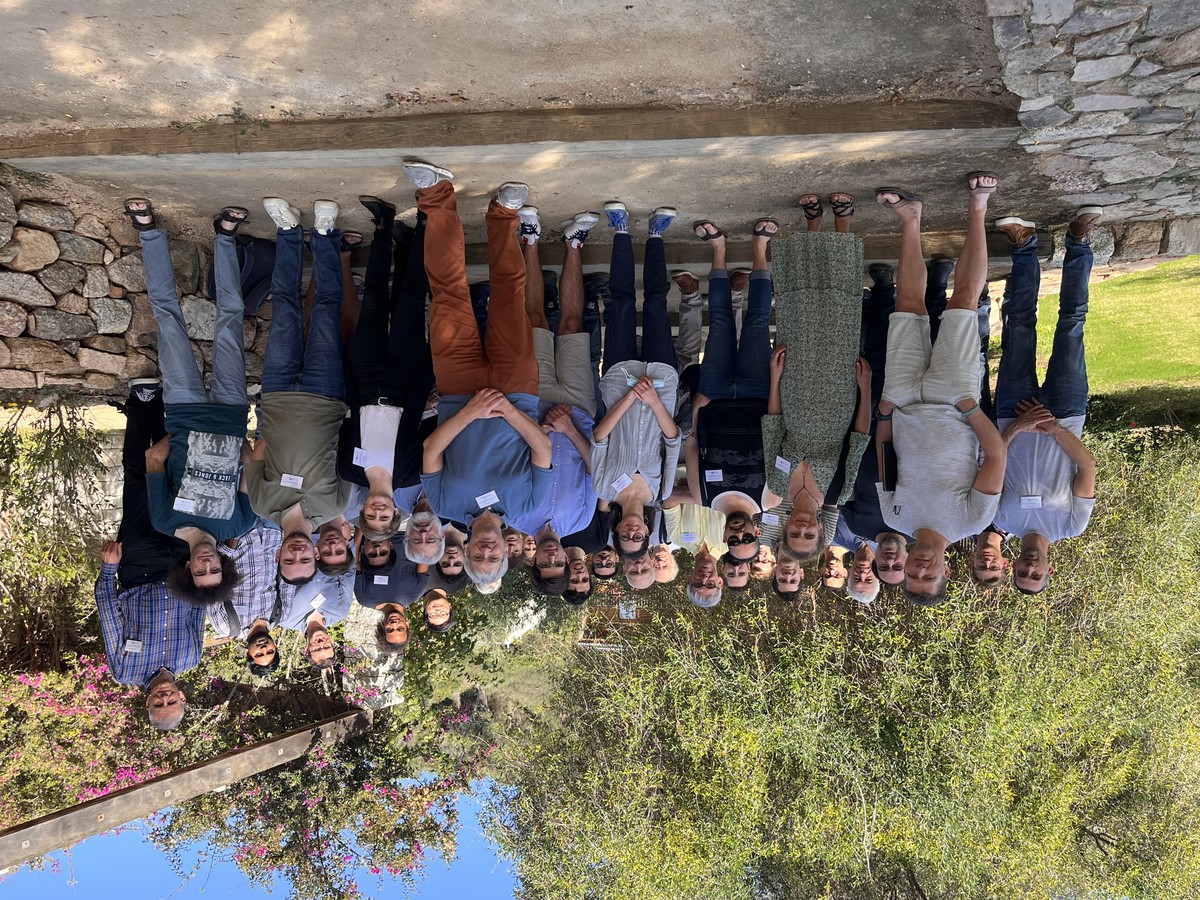