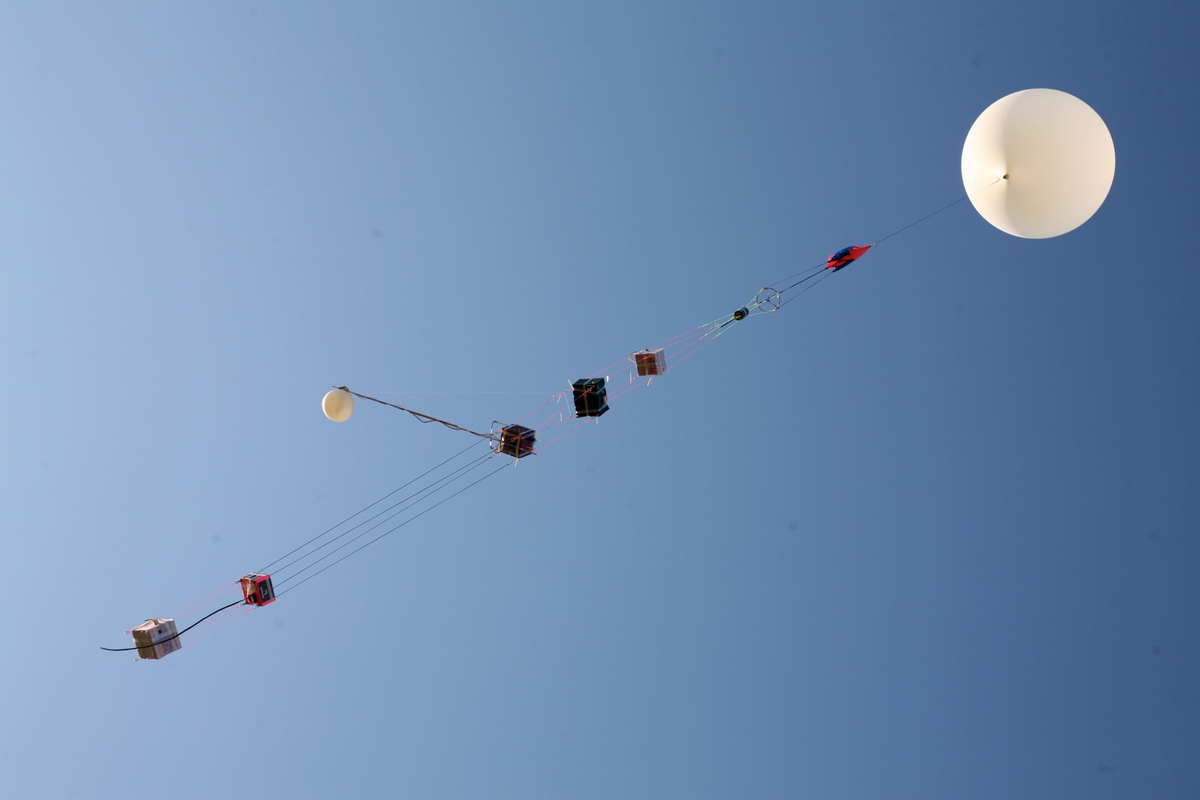 Lately, everything’s up in the air

The U of MN team is one of 80 SGC teams around the country involved in the Nationwide Eclipse Ballooning Project. The goal of the project is to bring together STEM learned from higher education institutions in an innovative NASA-mission-like adventure in data acquisition and analysis. The Stratospheric Ballooning Team will serve as a “pod lead” for the flights which will be released during solar eclipses on October 14, 2023, and April 8, 2024.

To prepare, the team has spent the first part of 2022 developing and testing hardware for use on balloon flights which included the release of the GopherLaunch Mission #196 from Glencoe, MN. Launched this past spring, the balloon shows 360-degree footage of the vent and cut-away system being fired at 97,000 feet.

In addition to the SGC projects, the ballooning team also releases small, research payloads, in and around the Twin Cities metro area and occasionally from campus. These launches are meant to collect data about the size and concentration of particles at various altitudes in the stratosphere. Data gathered during these flights is then turned over to fellow AEM Professor Graham Candler’s research group for analysis to improve simulations of hypersonic vehicle/atmosphere interactions. The Ballooning Team also provides training to teachers and occasionally flies payloads built by students from local schools.

To learn learning more and follow the progress of the Team, contact Prof. Flaten for more details.

The School of Environmental Studies