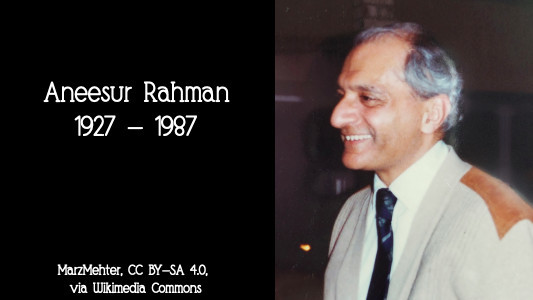 The Rahman Award is a $1,000 prize is awarded to advanced graduate students for outstanding research contributions. 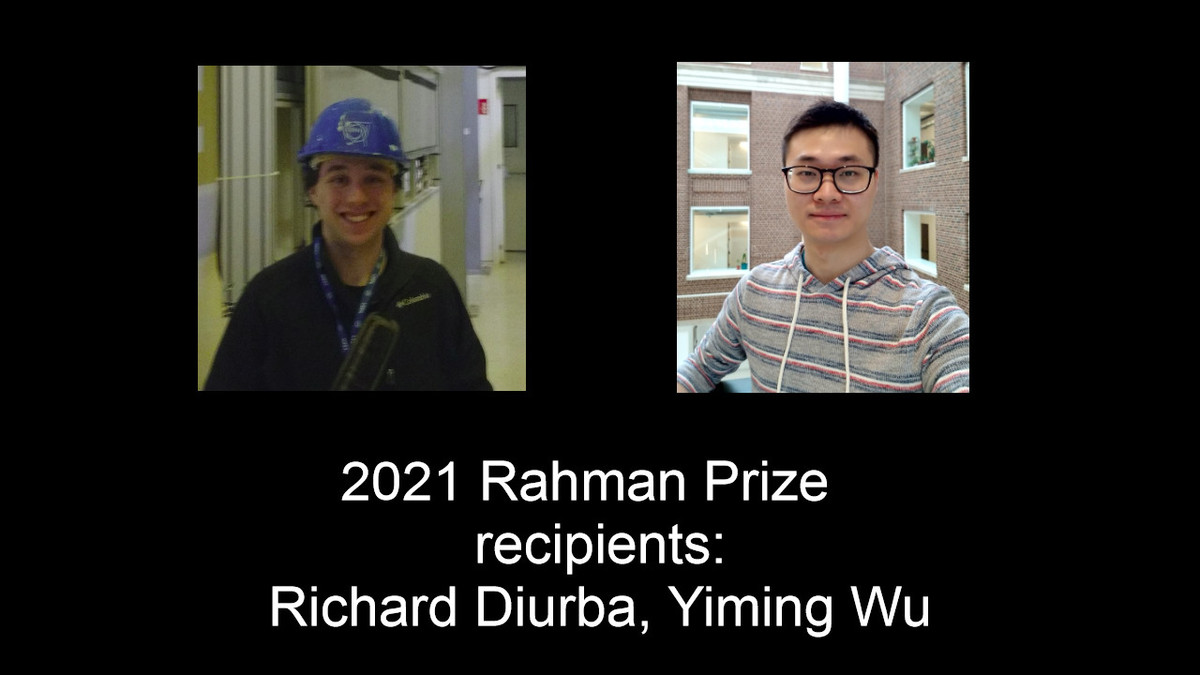 Richard Diurba
Richard is from Akron, Ohio but lived mostly in Omaha, Nebraska as a child. He works on experimental neutrino physics through the DUNE and MicroBooNE collaborations. All of his work is involved in evaluating the performance and measuring the systematic uncertainties of the ProtoDUNE Single-Phase and MicroBooNE detectors.

Yiming is originally from China. He plans to use the award money on daily life spending, in support of his current research projects as well as his doctoral thesis.Yiming is a condensed matter theorist. His research interest is mainly correlated electronic systems, including topics such as quantum phase transition and unconventional superconductivity. 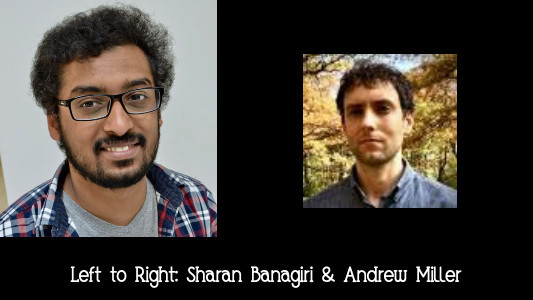 Sharan is from Hyderabad, India, which incidentally, is the same city that Aneesur Rahman was from before moving to Europe and then eventually to the US. He plans to use a portion of the award to buy a new laptop. His research focuses on gravitational-waves physics and on using gravitational-waves as tools for astrophysics and cosmology. Sharan works on developing methods and algorithms to detect and study gravitational-waves and work with the data from LIGO.

Andrew is from St. Paul, MN. He will use the award as summer support, while he completes his thesis over the next few months. He specializes in high energy phenomenology and physics beyond the standard model. 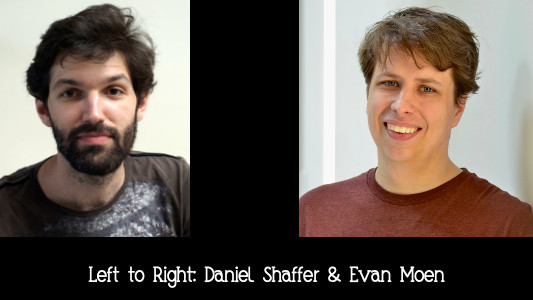