Careers in Physics and Astronomy

Paul Kelley, B.S. in Physics from the University of Minnesota 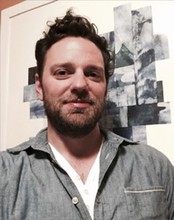 Paul decided to major in physics because he wanted to understand how things worked, and expected that the concepts being taught would provide the explanations. After graduation, he got a job at 3M measuring the optical properties of components for consumer electronics. Later he worked as an application engineer.

"It seems strange to say but getting my first job wasn't that hard. I was lucky to have some connections with friends at 3M, which has many other physics majors in various divisions. In 2009, I moved to CA to work for Apple, contributing to the iPod, iPhone and Apple Watch projects."

Paul excelled in some physics classes like Quantum Mechanics, but others like Thermodynamics he found difficult; he wasn't a 'straight A' student.

Some students are discouraged by getting low grades in physics classes; some think they are not smart enough. I encourage those interested to stick with it, and enjoy the satisfaction of understanding the principles of how things work. Physics has been the foundation for my career in product development.