Research Experience for Undergraduates (REU) is a 10-week summer program that provides a working research environment for undergraduate students.

We will be hosting a Research Conference for Participants August 10th and a Poster Session on August 11th.

Please come out and support our REU participants

Presentations will be 20 minutes long with an additional 5 minutes for questions.

9:55 - 10:00 am: Welcome
Prof. Alex Kamenev, Director of the School of Physics and Astronomy REU Program

10:50 - 11:15 am:
Angular Resolution of the Search for Anisotropic Stochastic Gravitational Wave Backgrounds with LISA
Malachy Bloom

Refreshments will be served

Angular Resolution of the Search for Anisotropic Stochastic Gravitational Wave Backgrounds with LISA
Gravitational waves (GWs) provide an exciting new domain for astrophysical, cosmological, and fundamental physics exploration. With new GW detectors such as the Laser Interferometer Space Antenna (LISA) set to launch in the 2030s, there is a very strong possibility of detecting stochastic gravitational wave backgrounds (SGWBs) from a variety of sources across the millihertz GW frequency band. In this work, we investigate the angular resolution of anisotropic SGWB searches with LISA by simulating and analyzing anisotropic SGWB signals using the Bayesian LISA Pipeline (BLIP). We use a spherical harmonic basis and a full-width-half-max method to characterize this angular resolution. We find that the number of spherical harmonic components used to conduct the search is the dominant contributor to angular resolution, but other factors may have smaller, yet non-negligible effects.

Monitoring Lipotoxicity in Yeast with Fluorescent Microscopy
The unfolded protein response (UPR), an intracellular signaling pathway, helps restore homeostasis in the cell when misfolded proteins accumulate in the endoplasmic reticulum. When the UPR fails, it leads to cell death and its repeated failure has been linked to contributing to diseases such as cancer and diabetes. To understand the UPR the cells must be succumbed to stress; one approach to activate the UPR is to overload the cell with lipids, causing lipotoxicity. Most of the research how lipotoxicity triggers the UPR has been done in mammalian cells. This study proposes to examen how the UPR will react within yeast cells when induced with lipotoxicity. We do so by doing live imaging of the yeast cells through fluorescence microscopy. When the UPR is turned on in yeast cells, it activates the stress sensor protein called Ire1 which clusters on the endoplasmic reticulum. Ire1 is a green fluorescent protein, whose clusters will emit a strong light signal upon stress, providing information on the UPR activity. From these measurements, we hope to understand how specifically fatty acids, both saturated and unsaturated affect the unfolded protein response in yeast cells.

Position Measurement Improvement for the LDMX Hadronic Calorimeter
Observations of experiments suggesting the presence of dark matter, including via study of the cosmic microwave background, combined with the lack of observation of dark matter in larger colliders motivates a search for dark matter in the sub-GeV region. The Light Dark Matter Experiment (LDMX) is a future experiment to be based at SLAC whose design is a candidate for detecting this light dark matter. LDMX utilizes a missing-momentum approach, and uses a hadronic calorimeter as a veto against backgrounds. A test beam campaign was run in April 2022 at CERN with one aim being to optimize the hadronic calorimeter. The calorimeter utilizes bars which detect incident particles but does not record the position of each hit. As a result, position resolution is limited to an assumption that the hit occurred at the center of the bar. In this investigation, test beam data using muon runs was considered for several runs where the bars were displaced progressively further from the initial position by a known distance. Analysis of the recorded time of arrival for these hits in conjunction with their pulse information was then assessed to develop a methodology for determining more precisely where the hit occurred.

Dynamic pH and Temperature Kinetic Measurements During In Vitro Protein Synthesis Reactions
TXTL is a cell-free protein synthesis platform with the potential for many biomedical applications. During the Summer of 2022, research was done on measuring the pH and temperature kinetics in the TXTL, Tool Box 3.0, platform. 2′,7′‑bis‑(2‑carboxyethyl)‑5‑(and‑6)‑carboxy­fluorescein (BCECF) is a blue-green fluorescent pH probe that is highly sensitive to pH fluctuation and is optimal for TXTL reactions due to having a pKa close to the physiological pH. To acquire precise measurements of pH, a ratiometric calibration is performed using a resolute in-house constructed buffer, S30c. 5-Carboxytetramethylrhodamin (TAMRA) is a red fluorescent quenching dye in response to temperature. TAMRA calibration involves manipulating the programming of a microplate reader to measure fluorescent intensity at independently set temperatures. Accurate pH and temperature measurements may give insight into a more in-depth understanding of the physical properties that are involved in transcription-translation reactions.

Simulations of Compact Binary Merger Events in Preparation for Forthcoming LIGO Observing Runs
With the fourth LIGO observing run (O4) scheduled for March of 2023, rapid search and identification measures for electromagnetic counterpart signals to binary neutron star mergers (BNS) are of utmost importance. In this work, we present updated simulations on the order of compact binary merger events for O4 and O5. We use updated PDB merger rates, projected sensitivity thresholds, and improved signal to noise ratios (SNR) of the LIGO-Virgo-KAGRA detector network. We find that our simulations are in agreement with O3 public alerts, and predict BNS, neutron star-black hole (NSBH), and binary black hole (BBH) detections in O4. Finally, we generate lightcurves from simulated injections of BNS merger events, and evaluate their detectability by the ZTF and Rubin observatories.

Study of the Two Lepton Channel Sensitivity in Low-pTmiss Top Squark Searches
Supersymmetry is a mathematical symmetry that makes identical the equations for force and matter, presenting a relation between fermions and bosons. There exist many new physical models that incorporate supersymmetry and also characterize it with R-parity violation. R-parity is a property of subatomic particles in which all known particles have positive R-parity and supersymmetric particles negative. R-parity violating (RPV) supersymmetric models envision proton-proton collisions resulting in low missing transverse momentum and a spray of jets consisting of quarks and gluons. This research analyzes data from CERN’s CMS experiment for signs of new physics. This is accomplished using reconstructed collision events with at least six jets and two leptons at . Dominant backgrounds are identified and analyzed for additional data selections to further minimize events of interest. RPV signals are analyzed at 300 GeV and 800 GeV. The two lepton channel sensitivity is refined for future analyses.

Measurement of Leak Properties of Mu2e/Mu2e-II Tensioned Straws
The Muon to Electron (Mu2E) project represents the search for physics beyond the “Standard Model”. We prepared Mylar straws which will be used to make up the trackers. These straws are comprised of aluminum and gold layers and will receive beams of muons. The composition of the straws will facilitate the muon to electron conversion. As of now the next generation of Mu2E: Mu2E-II is being designed and for my experiment I focused on the next generation of straws which may be used for Mu2E-II. The difference with my straws is that the gold layer inside the straw was removed and the aluminum layer was left. This makes the straws more sensitive to the muon beam since less material can interfere with the muon. Unfortunately, this also predicts that the straws will be more delicate which can affect the straws integrity when under tension. My experiment was to test how the leak rates will increase under tension by figuring out how to keep the straws under a constant tension and test how the leak rates changed when going from 0 tension to 800 grams of tension. This provides insight in how these straws would perform if used for the trackers.

The Anti-reflective Properties of Subwavelength Structures on Lenses
The Cosmic Microwave Background (CMB) radiation is the oldest detectable light in our universe, imprinted on the sky when the Universe was just 380,000 years old. Produced during the creation of the universe, a fraction of this radiation is slightly polarized – vibrating in preferred directions. The study of this polarization gives physicists an insight into the distribution of energy and matter in the early universe. To study this polarization with precision, astronomers need sensitive equipment allowing the maximum amount of light to be collected during observation. As a result, numerous anti-reflective coating techniques have been developed, including laser ablated subwavelength structures (SWS). This presentation will include the process for simulating and modeling the transmission of light through subwavelength structures on alumina lenses.

Lie Algebras and Gauge Symmetries of the Standard Model
Our current understanding of the Standard Model of physics involves three quark and lepton families which interact with each other through gauge bosons—the mediators of the strong, weak, and electromagnetic forces. Although there are incredibly important details in the field theoretical approach to the Standard Model, this project focuses on understanding the more profound nature lying in its symmetries. Group theory has historically been a crucial driver of new discoveries in particle physics, which we explore in some detail. Our focus was primarily on Lie algebras as they directly determine how the gauge bosons of 〖SU(3)〗_C , 〖SU(2)〗_L , and 〖U(1)〗_Y interact with themselves and the quark-lepton families, and have the power to unify all known non-gravitational interactions under a single symmetry group. We begin with an introduction to finite groups and slowly build Lie theory with some physical examples, culminating in a description of the gauge groups that make up the standard model, and a discussion of their grand-unification.

Investigating Shape Degeneracies in Multiple Image Gravitational Lenses
Since the late twentieth century, the astrophysics community has seen a significant increase in efforts to properly assess galactic mass density profiles via investigation into gravitational lensing observables. Computational methods allow us to construct elliptic mass density profiles of galactic scales; varying the angular position of a background source enables the retrieval of several multiple-image solutions for a particular mass configuration. This research focuses on solutions that produce four unique images. Applying the projected Einasto profile we introduce dark matter (DM) haloes, which perturb the elliptic mass configuration. We designate possible dark matter configurations by optimizing – via the Nelder-Mead method – the difference between the arrival time surface of the unperturbed mass density profile and that of the mass density profile which incorporates (N=20) DM haloes. We probe degenerate mass configurations of a given multiple-image lens system by computing the RMS projected mass density; additionally, we seek possible constraints on the viability of degenerate solutions by considering arrival time and magnification ratios. 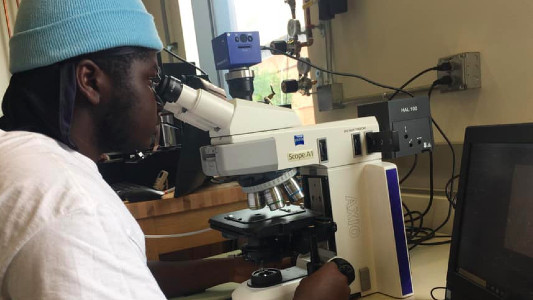 Our REU participants can choose from a variety of fields based on their interests. Our current offerings are:

Once a student is accepted, they will be matched with a faculty member in their preferred field and integrated into an ongoing research project.

About REU at Minnesota 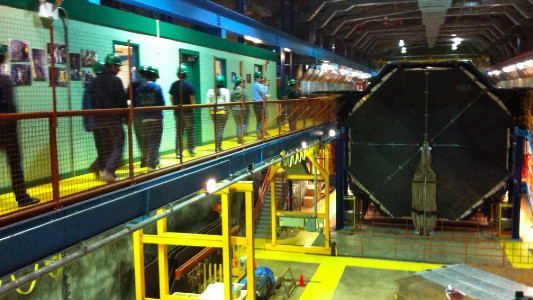 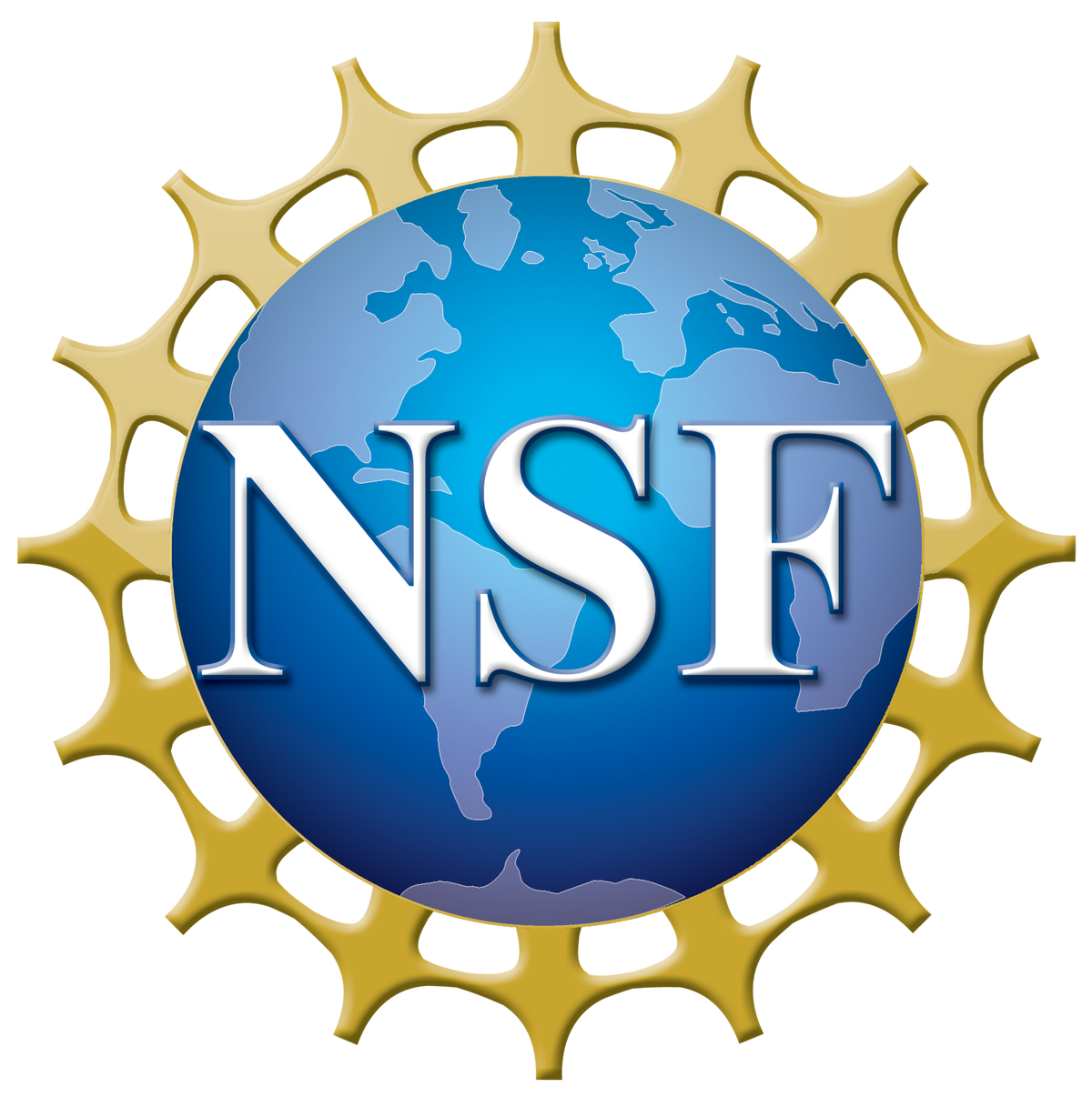 In addition to the stipend we provide:

Social events may include:

Education Eligibility:
Applicants must be U.S. Citizens, U.S. Nationals, or permanent residents of the United States.

Students of underrepresented groups are highly encouraged to apply. The University of Minnesota is an equal opportunity educator and employer.

Activities from Past Years

This years participants were: