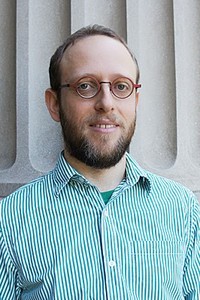 Director of Undergraduate Studies for HSTM, Associate Professor, School of Physics and Astronomy

Program in History of Science, Technology and Medicine (HSTM)

I work on the history of early modern science, in particular chemistry, physics, and the experimental sciences from the 17th to the early 19th century. I have an M.A. and Ph.D. in History and Philosophy of Science and Technology from the University of Toronto (2009). I have held postdoctoral fellowships at McGill University and the University of Sydney, where I also received an Australian Research Council Early Career Research Award for a project on science in the Enlightenment. In Matter and Method in the Long Chemical Revolution I trace continuities in matter theory and experimental philosophy from Boyle to Lavoisier, and reevaluate the disciplinary relationship between mechanists, Newtonians, and chemists in France, England, and Scotland. My present project, Elusive Matters: A Historical Ontology of Imponderables from Newton to Davy, explores the changing ontological, epistemological, and experimental underpinnings of light, heat, electricity, fire, and ether as they crossed the borders between diverse scientific, technological, and industrial realms. I am also interested in historiography, science and religion, the philosophy of technology, and the history of scientific instruments.