Abstract: Historically, control protocols have optimized the performance of individual wind turbines resulting in aerodynamic wakes which typically reduce total wind farm power production 10-20%. Wake steering, the intentional yaw misalignment of turbines in a wind farm to deflect energy deficit wake regions, has demonstrated potential as a wind farm control approach to increase collective power production. The potential for wake steering depends, in part, on the power reduction of yaw misaligned turbines. In the atmospheric boundary layer (ABL), the sheared wind speed and direction may change significantly over the rotor area, resulting in a relative inflow wind speed and angle of attack to the blade airfoil which depends on the radial and azimuthal positions. In order to predict the power production for an arbitrary yaw misaligned turbine based on the incident ABL velocity profiles, we develop a blade element model which accounts for wind speed and direction changes over the rotor area, and the model is validated using experimental data from a utility-scale wind farm. Leveraging aerodynamic wind farm models, we designed a physics- and data-driven wake steering control method to increase the power production of wind farms. The method was tested in a multi-turbine array at a utility-scale wind farm, where it statistically significantly increased the power production over standard operation. The analytic gradient-based power optimization methodology we developed can optimize the yaw misalignment angles for large wind farms on the order of seconds, enabling online real-time control. To improve wake steering control in transient ABL conditions, we developed a closed-loop wake steering control strategy, which is tested in large eddy simulations of the terrestrial diurnal cycle, altogether, the results indicate that closed-loop wake steering control can significantly increase wind farm power production over greedy operation provided that site-specific wind farm data is assimilated into the aerodynamic model. 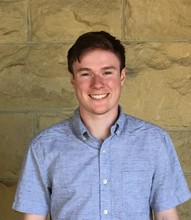 About the speaker: Michael F. Howland is an Assistant Professor of Civil and Environmental Engineering at MIT. He was a Postdoctoral Scholar at Caltech in the Department of Aerospace Engineering. He received his B.S. from Johns Hopkins University and his M.S. from Stanford University. He received his Ph.D. from Stanford University in the Department of Mechanical Engineering. His work is focused at the intersection of fluid mechanics, weather and climate modeling, uncertainty quantification, and optimization and control with an emphasis on renewable energy systems. He uses synergistic approaches including simulations, laboratory and field experiments, and modeling to understand the operation of renewable energy systems, with the goal of improving the efficiency, predictability, and reliability of low-carbon energy generation. He was the recipient of the Robert George Gerstmyer Award, the Creel Family Teaching Award, and the James F. Bell Award from Johns Hopkins University. At Stanford, he received the Tau Beta Pi scholarship, NSF Graduate Research Fellowship, a Stanford Graduate Fellowship, and was awarded as a Precourt Energy Institute Distinguished Student Lecturer.