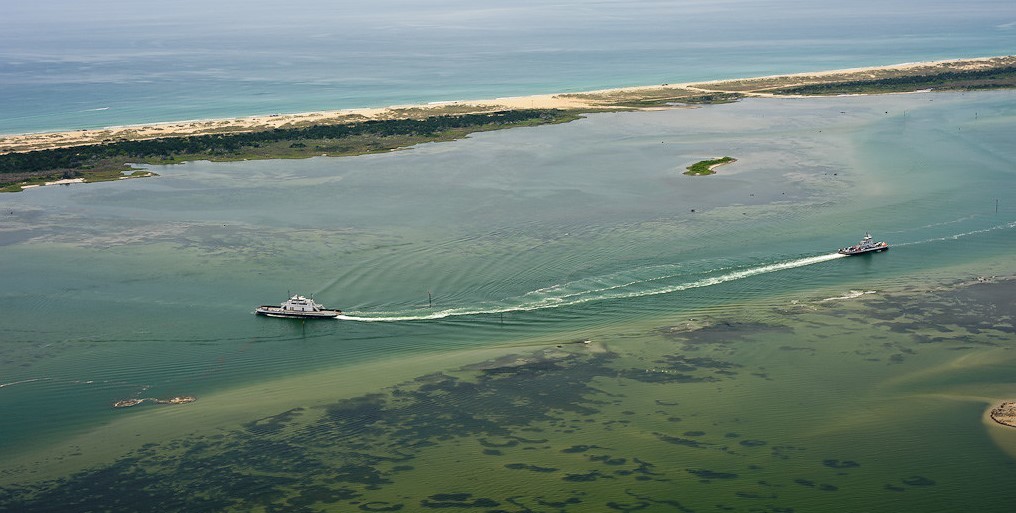 Barrier islands are landforms that run parallel to ten percent of the world's oceanic shorelines. They form from the interaction between waves, coastlines, and trends in sea level rise. As waves create large sand bars along coastlines, sea level rise then floods the land behind the bars, separating them from the mainland.

Barrier islands act as natural barriers between the ocean and the mainland by blocking waves and resisting storm winds, giving protection to inland areas which are ecologically rich as well as economic hubs. As sea levels continue to rise with climate change, there is much concern about how rising seas will impact the ongoing evolution of barrier islands and the level of protection they afford inland coastlines. Previous theoretical research suggests that barrier islands retreat toward the mainland as water overtops the islands and transports sediments upslope - a process called overwash that can  also lead to variable island retreat rates. Overwash could help preserve the overall barrier island structure even as it moves closer to the mainland. The purpose of this study was to use physical experiments to build a better understanding of the physical mechanism of barrier island retreat under different sea level rise scenarios and to measure variability in retreat rate.

Nick Rodgers, MS student from the Department of Earth and Environmental Sciences (advised by Chris Paola) built several experimental deltas in one of SAFL’s experimental delta basins for his research. As field studies of barrier islands can be unpredictable and time consuming, the use of a laboratory environment enables control of key variables while also providing an accelerated timescale to observe changes that would be impossible to observe in real time.

To build an experimental delta, a mix of sediment and water was fed into the corner of the basin while keeping the ocean level consistent. The top slope of the delta was dependent on the flow and sediment rates. After the delta had grown large enough, waves were created with a paddle-type wave maker in the opposite corner of the basin to initiate the development of barrier islands. Each delta was then subjected to different sea level rise scenarios. A camera mounted above the basin captured planform pictures frequently during experiments, and delta topography was scanned with the SAFL data carriage at least once an hour to map changes in barrier island location and elevations.

Results of the study suggested that even with constant sea level rise and wave environment, barrier islands do not retreat at a constant rate. Overwash does indeed play a key role in barrier island evolution, but the barrier island morphology, specifically if the island is ‘ridged’ or not, plays an important role in establishing a cycle of barrier island retreat. Overwash erodes the ridge on an island causing upslope retreat, and backfilling recreates the ridge and restarts the cycle.

This study also determined that an increase in sea level rise rate increases the frequency of barrier island retreat cycles.

Future work regarding this topic could include a detailed study of overwash fans and the mechanisms that influence fan width. Future research could also include tides in barrier island experiments, to determine their impact on overwash cycles.

Want to know more about this project? Contact Chris Paola at cpaola@umn.edu

This project commenced in 2017 and was completed in Summer 2019.