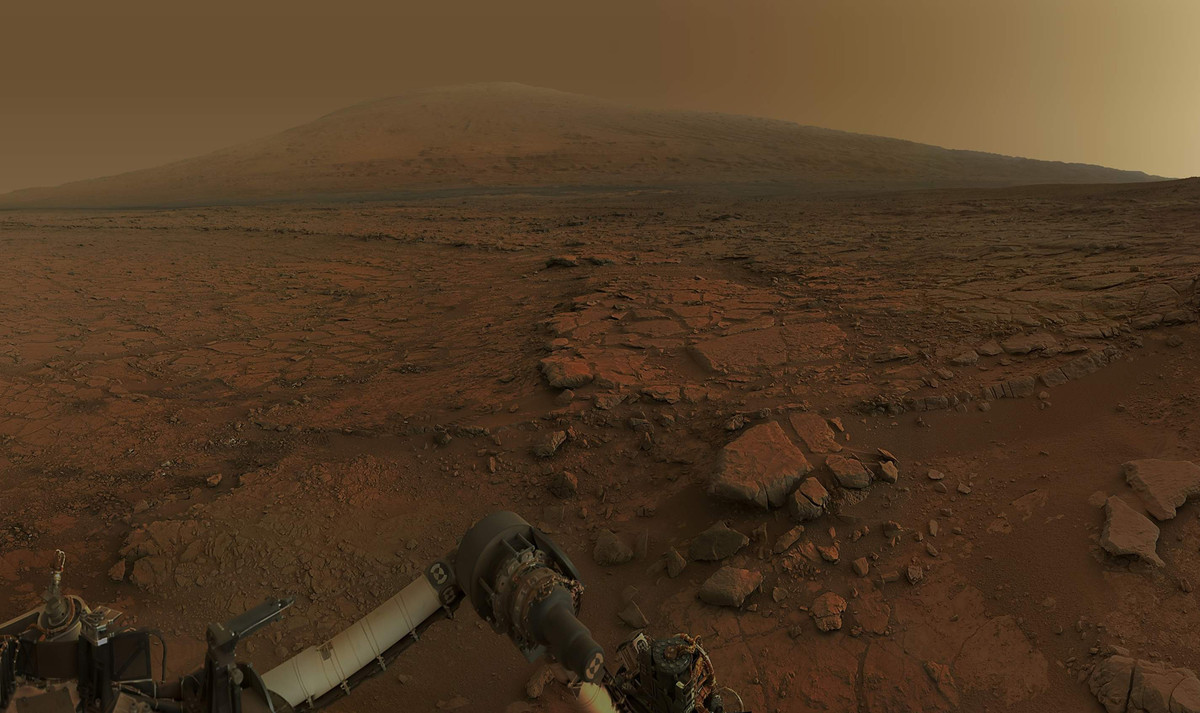 Professor Emeritus Robert Pepin of the School of Physics and Astronomy will receive the 2020 Fred Whipple Award from the American Geophysical Union (AGU). The award recognizes “significant contributions to the field of planetary science from a midcareer or senior scientist.”

“I am definitely in the senior scientist category,” Pepin jokes. Such remarks are completely characteristic of Pepin and tend to bely his remarkably distinguished career in the field. His lab focused on analysis of “pretty much any extra-terrestrial  material I could get my hands on”  making many key measurements elucidating the noble gas compositions of the moon, Mars, interplanetary dust particles (IDPs), and comets. He began as a consultant to the Apollo missions in the sixties and seventies and remains active in that capacity with the Mars Curiosity rover. A detailed recent paper, published in 2019, was the culmination of the laboratory’s measurements over several years, carried out by Russ Palma and Dennis Schlutter, of dust grains returned to Earth in 2006 by the Stardust mission after it visited comet Wild and collected samples from the coma (the envelope of vaporized water and dust around a comet). Reflections of sunlight from the coma are typically what allow comets to be most readily observed by astronomers).

Pepin got his PhD in 1964 from Berkeley under John Reynolds, measuring noble gases in meteorites. Reynolds’ lab pioneered using mass spectroscopy to measure the distribution of these extraterrestrial gases that had never been seen before. When he graduated, Reynolds contacted University of Minnesota Professor Al Nier--sometimes referred to as the Father of Mass Spectroscopy--to see if Nier had a place for Pepin. Nier didn’t have any openings in his lab, but found a place for him working with Peter Signer, from Switzerland, who had come to Minnesota to do mass spectroscopy on meteorites. Pepin joined Signer’s lab as a Research Associate and eventually took over the lab when Signer returned to Switzerland a few years later.

Pepin continued running Signer’s lab in Tate Laboratory until planning for lunar sample returns by the Apollo Missions became front and center in the mid 1960s. NASA put a lot of money into lab instrumentation and Minnesota got a cash infusion to create a special lab to analyze mission samples. “We moved everything out of the sub-basement of Tate [Lab] to Shepherd Lab (then called the Space Science Center) to analyze lunar samples.” Pepin notes that their joint proposal to NASA to build the mass spectrometry equipment and analyze the samples was the one time that he and Professor Nier had their names on the same paper. His years as a NASA consultant and memberships on various committees resulted in some unique experiences such as attending a pre-flight training geology field trip, and briefing astronauts how to collect and store special kinds of lunar samples. He also sat as a science advisor in Mission Control for Apollo flights 14-17. He recollects that in four missions he was only called upon only once to make a sampling decision in real time. “On Apollo 15, the drill core got stuck, and the astronauts were having difficulty in pulling it out of the lunar soil. I was asked if we should keep them there or abandon it and go on with their traverse. I advised them to continue with their efforts to retrieve it, and they did eventually get it out. I took some flak from the crew for that decision, but when the core turned out to yield important insights into how and when the strata of lunar soil vs. depth were emplaced, everyone sort of “mellowed out.”

After Apollo ended in 1972, Pepin took an extended leave of absence from the University to serve as director of the Lunar Science Institute, a branch of the University’s Space Research Association funded by many universities (including Minnesota), located outside the gates of NASA in Houston. He returned to Minnesota in 1975, just in time to participate in interpretations of Viking data on the composition of the Martian atmosphere. Later, the recognition that some of the meteorites in curatorial collections actually come from Mars, widened this atmospheric study enormously, first through the discovery by Don Bogard and colleagues at NASA/Houston that gases in one of these meteorites strongly resembled the Viking atmospheric measurements, and then by work at Minnesota that showed that nitrogen composition tallied with the unique Mars atmospheric N2 composition, and moreover showed that gases from the Martian atmosphere were implanted into these meteorites by severe shock, probably associated with the impact that ejected them from the planet. This established an acceptance of their Martian origin, a finding conclusively verified years later by Conrad, Pepin and others in their report of an almost identical xenon composition obtained by direct measurement by the Curiosity rover mass spectrometer. Pepin describes the papers that detailed that work to be among the most significant of his career.

The work on Mars samples continued through the eighties and early nineties. In 1993 Pepin began working on IDPs collected in the stratosphere by high altitude airplanes; this paralleled similar research that Al Nier and Dennis Schlutter had been conducting on IDPs for some years. In 1994, tragedy struck and Al Nier was killed in a car accident. His laboratory (and Schlutter) were subsequently merged with Pepin’s lab. Using the noble gas profiles these labs had honed in thirty years of experience, they were able to screen out contamination by non-extra-terrestrial matter that often comprises a significant majority of the collected “IDPs”.

In 2006 Pepin began working on dust from comets obtained by the Stardust mission. Pepin is in the unusual position of having worked with the man for whom the Whipple award was named. “Fred Whipple and I served together on a National Academy committee.” Meeting Whipple is partly what got Pepin interested in comets, which are likely to contain the most primordial material of anything in our solar system.

In the new millennium, Pepin began work consulting on the Mars rover missions. Curiosity closed the loop on his earlier work on Mars. When asked about the future of his field, he says that Mars will continue to play a key role. The next rover planned will take samples from around the planet and place them in a cairn where they will be loaded by another robot into a rocket for return to Earth. This mission could be a decade away, but scientists will finally have physical samples for detailed laboratory study whose origin on the planet they will know exactly. This will help them piece together some final pieces of the puzzle of Martian geology.

Ordinarily the Whipple Award is presented at the Annual Meeting of the AGU in December. Since the meeting has been cancelled Pepin may deliver the lecture associated with the award via the internet.