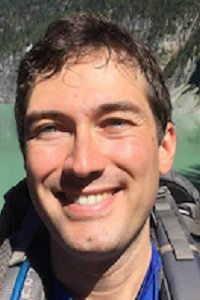 I have worked on various aspects of strongly-coupled quantum field theory since my graduate student days at the University of Maryland, College Park. After finishing my PhD in 2010, I moved east to the UK for a postdoc position at the Department of Applied Mathematics and Theoretical Physics at Cambridge University. Then in 2012 jumped back west for a postdoc at the Fine Theoretical Physics Institute here at the University of Minnesota, and then further west in 2015 for another postdoc position at the Institute for Nuclear Theory at the University of Washington. I came back to UMN in Fall 2018 to join the faculty as a member of the nuclear theory group.

I am a theoretical physicist working in the Nuclear Theory group at UMN. I am primarily focused on understanding the non-perturbative properties of relativistic quantum field theories. This means that I most often study the strong nuclear force and its many manifestations in nuclear physics and particle physics, because some of the most pressing questions about non-perturbative quantum field theory come from these areas.

Quantum field theory is an enormously powerful framework for understanding a huge range of phenomena in nature, ranging from condensed-matter systems one can explore in table-top experiments, to the high-energy particle physics explored in huge particle colliders, to the behavior of stars studied by astronomers. The basic goal of my work is to find ways to understand the behavior of quantum field theories when they are in 'non-perturbative regimes'. A non-perturbative regime is just a term for the (unfortunately common) situation where our standard ways of studying quantum field theory don't work effectively. A famous example from particle and nuclear physics is furnished by QCD, the mathematical description of the behavior of quarks and gluons, where the most interesting parts of the physics are described by the non-perturbative regime of the theory. So my research program is aimed of developing tools to understand difficult quantum field theories, such as QCD, and to applying those tools to learn about interesting physical phenomena.