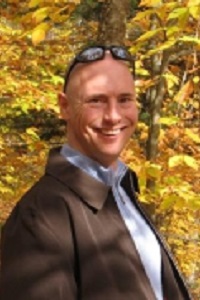 Pryke is an experimental cosmologist and educator. His research currently centers on the cosmic microwave background (CMB) - the after glow from early times when the Universe was a smooth hot plasma. By studying the CMB we can learn much about the origin, contents and ultimate fate of the Universe - CMB studies are at the center of the current "golden age" of cosmology. Pryke has played a leading role in the construction and operation of a series of CMB telescopes cited at the South Pole in Antarctica, and the analysis of the data they produce. He was a key member of the DASI team which produced the first detection of the polarization of the CMB. He then went on to co-lead the QUaD experiment - another ground breaking CMB polarimeter. Currently he is co-leading the BICEP2 and Keck-Array experiments which take sensitivity to the next level in the quest to detect gravity waves spawned by inflation in the first instant after the big bang. Pryke is also a member of the SZA and SPT collaborations which are using the CMB as a "backlight" to study the evolution of massive clusters of galaxies and learn about the mysterious dark energy which appears to pervade empty space.