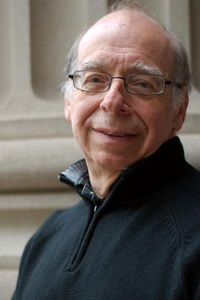 Head, School of Physics and Astronomy, University of Minnesota, 1986-1996

Director of Graduate Studies in Physics, University of Minnesota, 1983-1986

Founded the University of Minnesota Underground Laboratory at Soudan in 1979 and supervised the expansion of the laboratory in 1984-1986; also collaborated in the second expansion in 1999-2001. Although the Soudan Laboratory is now closed, for 37 years, this Laboratory added about ~$100 million to the economy of an underdeveloped region of the United States, while pursuing cutting-edge physics research. Established and encouraged outreach activities at Soudan, including a public visitor program, an open day, use of media to explain basic research. Started unique Physics Global Studies course, which takes undergraduate students abroad for a three-week intensive experience (2003, 2005, 2008, 2010). Founded the University of Minnesota Residential College, a program that included up to 450 undergraduate students and integrated academic and residential activities. Represented the 3,000 members of the University of Minnesota faculty in interactions with the Governor and Legislature of Minnesota. Served the University of Minnesota as its Senior Vice-President and Chief Academic Officer during the 1996-1997 conflict between the University Regents and faculty regarding policies on faculty tenure. He also participated in the management of the University’s reorganization of its biological sciences programs and the $225 million sale of the University Hospital. Played a significant role in raising $4 million to endow a Theoretical Physics Institute. Also raised approximately $0.5 million to endow the Abigail and John Van Vleck Lectureship in Physics, which has attracted nearly 20 Nobel-laureate lecturers. Often served as a Visiting Scientist in K-12 schools, principally in a program sponsored by the Science Museum of Minnesota and the Blandin Foundation. Supervised the construction and operation of the NOvA Ash River Laboratory, including the installation of the 14,000 ton NOvA Far Detector.

I collaborate in experiments to determine the characteristics of the fundamental forces in Nature with an emphasis on the properties of neutral, leptonic elementary particles known as neutrinos. I also study very high energy cosmic rays which are incident on the earth from outer space to determine their nature and origin. A long-term interest is non-thermal stars as a possible source of cosmic radiation.

I teach introductory physics courses with an emphasis on calculus-based classes primarily intended for students with interests in science, engineering and mathematics.