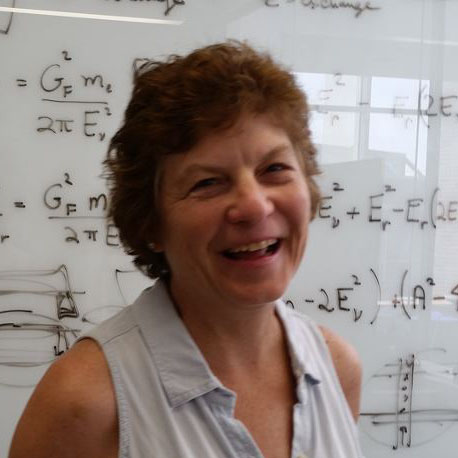 Exploration into the building blocks of matter through complementary approaches:

(1) SuperCDMS-SNOLAB. Currently the Spokesperson for the experiment. We have set world-leading limits from our earlier experiment at the Soudan Underground Laboratory in northern Minnesota. We were one of two experiments approved through the Generation-2 DOE/NSF initiative to look for Weakly Interacting Massive Particles (or WIMPs). Our new experiment at SNOLAB will look more specifically for very low-mass WIMPS and potential dark sector candidates.

(2) I helped to build the CMS experiment at the Large Hadron Collider in Switzerland. I took part in early runs (e.g. the discovery of the Higgs Particle) and still retain a keen interest in limits on the properties of dark matter production at the LHC.

(3) I was a member of the Muon g-2 Experiment at Brookhaven, where we set the most precise measurement of the magnetic moment of the muon. The three sigma discrepancy between theory and experiment continues to inform the search for new physics that can explain it.

We used to think we understood what everything was made of, from the quarks inside protons and neutrons to the stars and galaxies. We called this the Standard Model of Particle Physics. However, over the last couple decades, it has become obvious that a class of new elementary particles (called dark matter) make up 80% of the matter in the Universe, but do not have a place (yet) in the Standard Model.

My focus these days is trying to understand the nature of that dark matter through direct detection of it as it rains down on us here on Earth. My previous experience in accelerator-based physics informs the design of the detectors and facility. SuperCDMS is a particle physics experiment where the particles are provided by the dark matter that permeates our galaxy and the kinetic energy is provided by the motion of our solar system through the dark matter cloud.

An upgraded SuperCDMS experiment is being installed at SNOLAB, an underground lab 2 km below the Earth's surface in Sudbury, Canada. You can read more about the science and the experiment at https://supercdms.slac.stanford.edu/