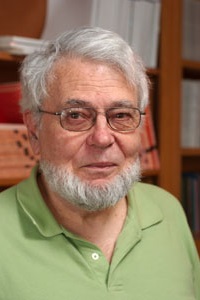 My main work was on the phenomenology of quantum chromodynamics while at DESY. Subjects of my work there were:

(1) Inelastic electron photon scattering. I authored one of the two original papers on this subject and later ones with colleagues on QCD and the photon structure functions.
(2) Gluon jets in quarkonium decay.
(3) Gluon jet events in electron photon collisions. A paper with my colleagues was the predictive basis for the DESY discovery of the gluon.

Subsequent work was on astroparticle physics, particularly on magnetic monopoles and strings in gauge theories and their consequences. Later I worked with colleagues on calculations of exotic particle production and decay.

A long collaboration with colleagues, mostly while at the Supercomputer Institute, was on lattice QCD.

More recently, I have become interested in the coming decline in available fossil carbon energy and what will replace it. This has led to a series of small books at america2100.net