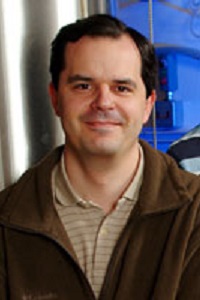 Chair of the SuperCDMS Elections and Appointments Committee, 2012-2015

Co-chair of the Stochastic Working Group of the LIGO Scientific Collaboration (LSC), 2006-2011

Laser Interferometer Gravitational-wave Observatory (LIGO) has built multi-kilometer interferometers at two sites: Hanford, WA and Livingston Parish, LA. These interferometers are designed to search for gravitational waves that could be produced in some of the most violent events in the Universe: mergers of two neutron stars or black holes, supernova explosions, or the Big Bang. Detection of gravitational waves would therefore open a new window into astrophysics and could potentially give us a view of the very early Universe, when the Universe was only a fraction-of-a-second old.

The gravitational wave detectors are sensitive to motions at the level of one ten-thousandth of the proton size. Much of my work is geared toward understanding and suppressing the contributions from various noise sources that are important at such sensitivities. Currently we are focusing on the seismic noise and on the Newtonian noise (fluctuations in the local gravitational field due to the motion of nearby masses). I lead an interdisciplinary project known as the Deep Underground Gravity Lab (DUGL) at the Homestake mine, SD, where we are developing a unique 3D array of seismometers with the goal of understanding the behavior of the seismic noise underground. While our main motivation comes from the field of gravitational waves, the DUGL project is also of substantial interest in geophysics and is therefore conducted in collaboration with geophysicists.

Together with Prof. P. Cushman, I am involved in the Super Cryogenic Dark Matter Search (SuperCDMS) experiment, which is designed to search for dark matter in the form of new particles, generically called Weakly Interacting Massive Particles (WIMPs). There is an overwhelming evidence today that most of the matter in the Universe is invisible (i.e. dark), and most likely non-baryonic. However, the nature of dark matter is presently unknown, turning it into one of the most pressing problems in cosmology today. WIMPs represent one possible solution to the dark matter problem. They are particularly interesting because they naturally appear in supersymmetry and large extra-dimensions models - hence, discovery of WIMPs could have far-reaching implications for particle physics, in addition to solving the dark matter problem.

SuperCDMS has designed detectors based on crystals of germanium or silicon, operated at very low temperatures (30-50 mK), and in very low background conditions (deep underground in the Soudan mine, MN, with substantial shielding). These detectors are capable of identifying and rejecting the known particle backgrounds very efficiently, hence allowing a measurement of a signal due to a new particle (WIMP). CDMS has been at the forefront of the WIMP searches over the past decade, and will remain at the forefront with the approved second-generation experiment SuperCDMS-SNOLab. My research focus within CDMS is development and characterization of detectors in our cryogenic laboratory, mostly geared toward increasing the detector size which would simplify scaling up the total mass of the experiment. My group is also heavily involved in the analysis of CDMS data.