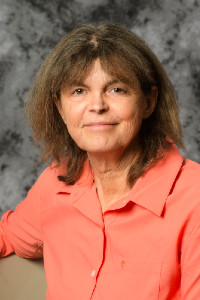 Energization and loss of relativistic electrons in Van Allen belts

Building on our research utilizing data from the NASA STEREO satellites perigee passes that discovered very large amplitude waves capable of accelerating electrons to MeV energies in fraction of a second, we are using data from the Van Allen Probes satellites to examine dynamics of the Earth’s radiation belts. Our work shows that electron energization can be coherent and rapid rather than stochastic and slow (10s of hours). Comparison of wave data from our Van Allen Probes instruments to x-ray data obtained by the BARREL balloons showed, for the first time, coherence in the waves and electrons scattered by them on scales of many times the radius of the Earth. This is an unexpected result in part because the wave-electron interactions on are scales of kilometers. This experimental result could only be obtained due to careful planning so that the flotilla of balloons in Antarctica were on close to the same magnetic field line as the satellites. The Van Allen Probes data sets are providing the observations needed to determine many exciting, new physical processes in the radiation belts.

Shock waves are important in many astrophysical settings; however, a detailed understanding of the structure of shocks in collisionless plasmas has nor yet been obtained. Utilizing particle and waves data from the WIND and STEREO satellites, we are examining shock structure at the Earth’s bow shock and at interplanetary shocks and the role of waves in dissipation at collisionless shocks. We are also studying a number of wave-particle interaction processes in the solar wind.

Particle acceleration in the aurora

Using in situ particle and fields data from the NASA FAST and Polar satellites and auroral images from IMAGE and TIMED, we are addressing a number of questions associated with the acceleration of electrons and ions in the Earth's auroral regions.

Reconnection is a ubiquitous process in magnetized plasmas, converting magnetic field energy to particle energy. It is important in systems ranging from solar flares to fusion machines. Using data from the Polar, Cluster and THEMIS satellites, we are studying microphysics of reconnection, including the role of solitary waves, whistlers and lower hybrid waves. We are also examining the partitioning of energy outflow from reconnection regions.