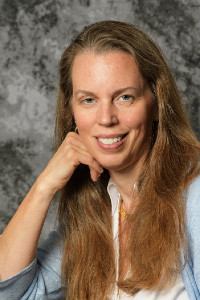 Dr. Fortson became a member of the School of Physics and Astronomy in 2010. Prior to her appointment to the faculty at the U, she was on the Astronomy Faculty at the Adler Planetarium in Chicago, Illinois for thirteen years, most recently as the Vice President for Research. She was also a Senior Research Associate at the University of Chicago during this time. Dr. Fortson received her PhD in 1991 from UCLA in high energy physics for work she did at the CERN particle accelerator in Geneva, Switzerland probing the existence of high-mass cousins to the top quark. Returning to the United States, she began work at the University of Chicago on cosmic ray and gamma ray astrophysics with the Chicago Air Shower Array. As a post-doc, she led the CASA-BLANCA experiment studying the composition of very high energy galactic cosmic rays. She has been with the VERITAS collaboration since 2000.

A founding member of the Zooniverse project (www.zooniverse.org), and current Board Chair for the Citizen Science Alliance, Dr. Fortson is also a leading expert in the field of “crowdsourcing science”. She has served on numerous national committees including the National Academy of Sciences Astronomy 2010 Decadel Survey, the Astrophysics Science Subcommittee and the Human Capital Committee of the NASA Advisory Council (NAC), the Mathematical and Physical Sciences Directorate Advisory Committee (MPSAC) for the National Science Foundation and the Education and Public Outreach Review Committee for the National Optical Astronomy Observatory.

My research interests are in experimental high-energy astrophysics. As a member of the Very Energetic Radiation Imaging Telescope Array System (VERITAS), I study gamma rays detected from active galactic nuclei. Gamma-ray astronomy probes the extreme physics of systems such as the black holes at the centers of active galaxies. These systems emit radiation throughout the electromagnetic spectrum and I work to combine the information obtained from telescopes operating at multiple wavelengths to decipher how the active galaxy powers the emission of gamma rays. I am also working on the next generation ground-based gamma ray array, Cherenkov Telescope Array (CTA) comprising ~50 telescopes in an array with the aim of greatly improving the angular resolution and sensitivity to high energy gamma ray emission.

I am also a co-founder of the Zooniverse and Chair of the Board of its parent organization, the Citizen Science Alliance. With over 2 million users worldwide contributing to a range of over 250 active online citizen science projects (from supernova detection to classification of cancer cells, hurricanes, and whale songs), the Zooniverse is a partner to knowledge discovery with large data sets while engaging the public in the process of research. I currently lead the Zooniverse team developing human-computation algorithms to maximize the utility of the citizen science method of data processing. As the director of the Zooniverse@UMN Initiative, I am working with departments across the University to enable researchers from a variety of disciplines to utilize the citizen science method for their research. For example, my team works with the Lion Center to help process the millions of images coming in from the camera traps set up across African National Parks in an effort to better support conservation of the wildlife in these areas. My team leads, has built or is strongly involved with several Zooniverse projects including: Galaxy Zoo, Muon Hunters, Supernova Hunters, Galaxy Nurseries, Galaxy Zoo: Clump Scout, Snapshot Serengeti, Camera Catalogue, Ancient Lives, Mapping Change, Decoding the Civil War, SCOTUS Notes, Measuring the ANZACs, Radio Galaxy Zoo, Galaxy Zoo: Mergers, Moon Zoo, Supernova Zoo.

I am also a research member of Galaxy Zoo, where over 250,000 members of the general public have provided a highly accurate classification of a million galaxies from the Sloan Digital Sky Survey as well as various other catalogs such as from the Hubble Space Telescope. I collaborate with Professor Scarlata and several University of Minnesota students where we have focused on producing the catalogs for Galaxy Zoo 2 and Galaxy Zoo: Hubble as well as exploiting these catalogs with science related to Active Galactic Nuclei (AGN), Bars and the evolution of galaxy morphology including the investigation of simulated galaxies, and studying so-called clumpy galaxies. We have also been working to push the development of human-computation algorithms to maximize the utility of the citizen science method of data processing in preparation for the onslaught of data from next-generation astronomical observatories.