The School is pledged to increase diversity in its graduate programs. We are part of the Bridge and Team Up programs, two nationwide efforts to improve diversity in the field.

The School is a partner institution in the American Physical Society Bridge Program, which assists underrepresented minority students to successfully apply for admission, join, and complete a physics Ph.D program. The program targets current or former undergraduate physics majors, who are missing any of the following:  the necessary test scores, coursework, research experience, or guidance  Successful applicants to the Bridge Program receive help matching them to a PhD program, and once admitted to the University of Minnesota, they receive additional mentoring resources and financial support. Student selection for participation in the APS Bridge Program is in the spring, assuming fall admission to a graduate program. The Program also operates an annual conference that works to build a community of physicists from underserved groups. More information about the Bridge program can be found on their website.

The American Institute of Physics National Task Force to Elevate African American Representation in Undergraduate Physics & Astronomy (TEAM-UP) was formed to investigate the causes of the continued underrepresentation of African Americans in physics and astronomy. The TEAM-UP report outlines the results from an extensive two year study of student experiences across many institutions, and describes systemic changes that can be taken within departments and across the field in order to increase the number of African Americans with physics and astronomy Bachelor’s degrees.

At UMN (and at many other institutions nationwide), a TEAM-UP working group has been formed to implement TEAM-UP recomendations within our own department. Further updates about these initiatives will be added here. 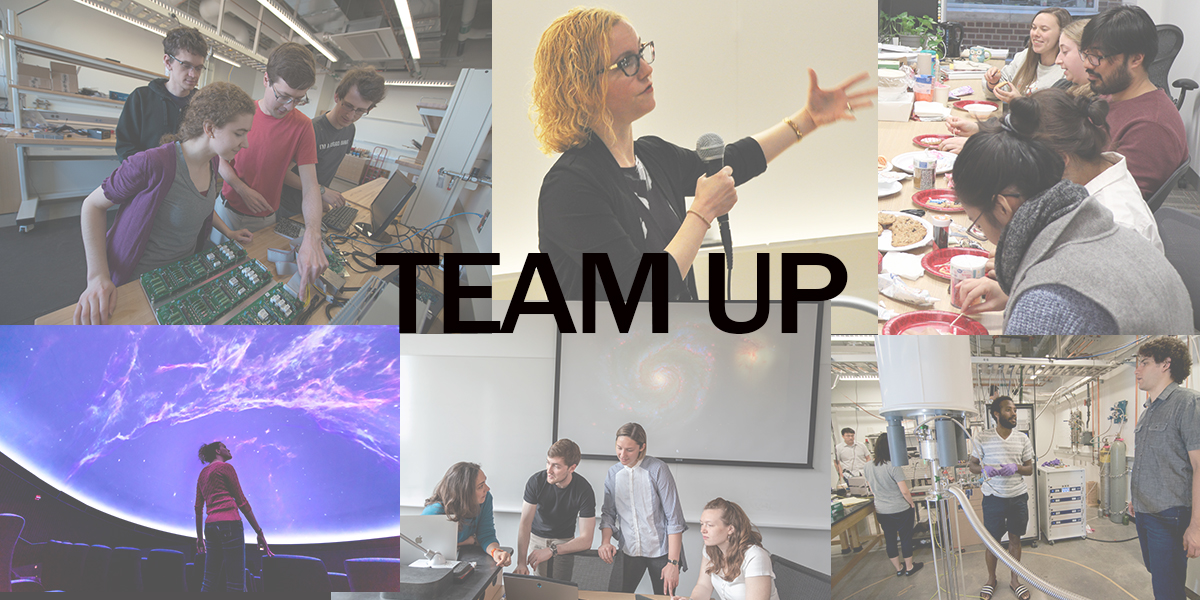