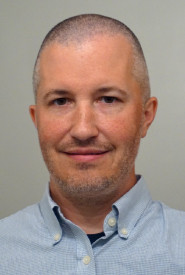 Jonathan Wrolstad is a cyber threat intelligence manager within Accenture. He manages the technical analytic capabilities for a global team of cyber threat analysts. He previously worked at FireEye, Symantec, IBM, and within the federal government for five years advising the White House and Pentagon on threats to critical networks.

He was a lead author on major security whitepapers, including "Hacking the Street? FIN4 Likely Playing the Market", which received widespread media coverage for unveiling threat activity targeted against Wall Street institutions. And he was one of two authors of the original APT28 report that revealed a major Russia government hacking group to the world; the group then went on to hack the U.S. elections in the fall of 2016.