In its 2016 report The Joint Task Force on Undergraduate Physics Programs acknowledged that while “for many faculty members, a successful physics career means an academic research and teaching position like the ones that they themselves hold,” departments must shift their focus to better serve their student population. The report finds that there is broad consensus on the skills, knowledge, and attitude students need, and that the public and the students are expecting more for the time and financial investment in their education.

Recognizing that we aren’t simply providing physics expertise to our students, but that we are training the physics workforce of the future, the School of Physics and Astronomy has launched a number of activities meant to enhance and strengthen its career education. The effort has been led by Shaul Hanany, the Director for Career Education, in a new faculty-level service role for the School. “We have started annual visits to companies,” Hanany says, “invited industry speakers to our colloquia, increased the number of internships available for our students, and promoted more career panels to give students exposure to physicists with a broad range of careers.”

To ensure that efforts are well informed we have assembled a Career Advisory Board (CAB) whose role is to advise on how the School should concentrate its career education efforts. The 15-member CAB has met annually since April 2019, reviewed our plans and programs, and recommended future activities. This year’s meeting is on April 16. In response to one of the CAB recommendations, we have established a 4-year career education plan for our undergraduates, parallel to the academic 4-year course plan, and a career education plan for our graduate students. The plans, the membership of the CAB, and other career-education information is posted in our Career Program webpage.

While the pandemic has slowed some of the activities, virtual ones gained momentum. With one of our alumni we organized a very well attended informational session with IBM’s Strategy Division in November 2020, and with another alumnus we are putting together an informational session at Honeywell.. Many of our alumni have also responded enthusiastically to our solicitation to feature their career profiles in slides we are featuring in our introductory physics classes and on our webpages.

In recent years, many physics graduates are finding jobs in the growing field of data science. An example of the success of the career education program is our tighter connection with Seagate’s Operations & Technology Advanced Analytics Group (OTAAG), which provides analytics solutions and training support to Seagate. Through close contacts with Seagate’s OTAAG director Allan Luk we had four graduate and undergraduate students do summer and in-semester Seagate internships over the last 18 months, and in November 2019 we had a Seagate-sponsored career panel, attended by about 40 graduate students interested in data science careers. Undergraduate Cameron Laedtke and graduate student Siddarth Karuka describe their experience doing a Seagate data science internship in the sidebar story. 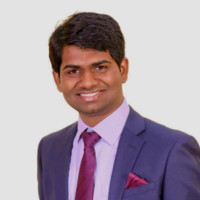 As a Data Science and Machine Learning intern, Siddarth Karuka, one of our physics graduate students, has worked on projects that monitor quality control of parts of computer hard disks. Siddarth developed a machine learning program that scanned SEM images of parts of the read/write head of hard disks identifying defective components. A well-functioning program can look at millions of images rapidly, will increase accuracy and significantly save human effort.  “My mathematical and statistical background doing a physics PhD has been immensely useful.” Siddarth says, “I found that several aspects of my internship were identical to my research work in the laboratory, for example, exploring current state of art by going through various published papers, applying critical thinking in evaluating the applicability of such techniques, and researching new methods to solve various problems at Seagate. Overall, I’ve really enjoyed working with Seagate on projects that have real-world impact. ” 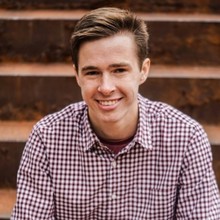 Cameron Laedtke, a senior Physics undergraduate with a computational focus, used an artificial intelligence (AI) platform to improve production line efficiencies and product quality. He experimented with ways to speed up the training of the AI algorithm, and he created an interactive web application with which engineers and subject matter experts efficiently label new datasets that are used in the training. “Overall, my internship was a process of constantly learning new things, “ Cameron says, “As someone who came into the internship with no experience in deep learning, the analytical skills and mathematical background provided by my Physics courses helped immensely.”