John Houle (BCE '83, MCE '84) loves what he does. He has a passion for engineering and for making the world a better place.

"I have done a lot of different things, very detailed design, project management, business leadership. As long as I was having fun and had a passion for what I was doing, it was all exciting. You have to do things you love; then the work is exciting, the days go fast, and the projects turn out well."

Growing up as one of 10 children in a loving family gave Houle confidence that life would turn out well. However, the family was not wealthy, and it could not be assumed that John Houle would be able go to college. Houle’s father had given up his own education to take on another job when child number seven—John himself—was born. It was Houle’s athletic ability that opened the door for a college education. Houle received a football scholarship to the University of Minnesota and played on the travelling team as a freshman. He was the first in his family to go to college.

When Houle graduated in the early ’80s, the US was just beginning to come out of a recession, and jobs were hard to come by. But even in those tough times, Houle had three job offers when he graduated. He turned down the opportunity to work on developing the space shuttle, and chose to go to work with Exxon doing research and development on sub-sea oil production systems in the North Sea. Houle’s salary upon graduation was the same as his father’s at that time, which greatly impressed his father who was raising ten kids.

Eventually, three younger brothers followed Houle's lead. All four brothers went to the University of Minnesota, and all went into engineering: two brothers became mechanical engineers and the other an electrical engineer.

"My father is the reason I went into civil engineering. When I was born, my father was going back to night school to finish off his degree in civil engineering, but because I was born, he had to quit and get another job. He became the public works director for the city of Shoreview. I used to go with him Sunday mornings after church, as he checked lift stations and other equipment. He was always talking about roads and construction and water projects and all that 'civil' stuff."

“Engineering has always been a nice connection between us. My dad was recently telling us about doing road design with a slide rule! We’ve come a long way since those days!”

At Exxon, Houle’s challenge was to construct oil-extracting structures the size of a three or four story building on the bottom of the ocean under 3,000 feet of water. At that depth, too deep for divers to descend, all manipulations, pipe hook ups, and electronic connections had to be performed remotely. Houle enjoyed applying the detailed design skills he learned at UMN. In this position, Houle also travelled to the United Kingdom one week each month to work with researchers there. Sharing knowledge with his European counterparts was required under Exxon’s lease for oil extraction in the North Sea.

As much as Houle was enjoying the work, his fiancée, Diane, was drawing him back to Minnesota. When Houle gave up his very good job with Exxon, his father was—shall we say— perplexed, but you cannot argue with a young man in love! John took a job with American Hoist (AmHoist), who moved him back to Minnesota.

At AmHoist, John continued doing very detailed engineering design, this time designing cranes to unload cargo in sea ports. But just four months after he started, upon returning from his honeymoon, AmHoist laid off 100 engineers. Because AmHoist had just paid to move Houle from Texas to Minnesota, his job was spared; however, it became clear that he needed to be looking for another job.

That is when Houle began working with 3M. He had been calling 3M for about a year. Finally, he called when they had an opening in the structural hoist department. Houle convinced 3M that his experience at American Hoist made him the perfect candidate for that position.

Once at 3M, Houle worked hard and was rewarded. Houle moved where he was needed. At one point, when his wife was seven months pregnant with their third child, John applied all his persuasive skill to convince her to move away from her family and go to Arkansas in the middle of the summer. The family—with two sons and one daughter—later spent a year and a half living in Japan. Houle took on difficult assignments, even overseeing the closing of a manufacturing plant that he had managed for several years. He was also eager to take on additional responsibilities, including environmental health and safety duties and running the Lean Six Sigma program.

Houle says, “I always thought of myself as a business leader no matter what function I was in.” He advanced from project manager, to product manager, to plant manager, and eventually to corporate leadership positions. Last fall, 3M underwent restructuring and Houle became the Division Vice President of the newly combined Traffic Safety and Security Division.

In this position, Houle works on products and systems to improve and save lives through innovative solutions for traffic safety, mobility, and security.

"I love coming to work knowing that we are working on these things. I tell our employees, you never know the lives you are touching, but you are saving lives! It is very exciting coming to work every day doing that." 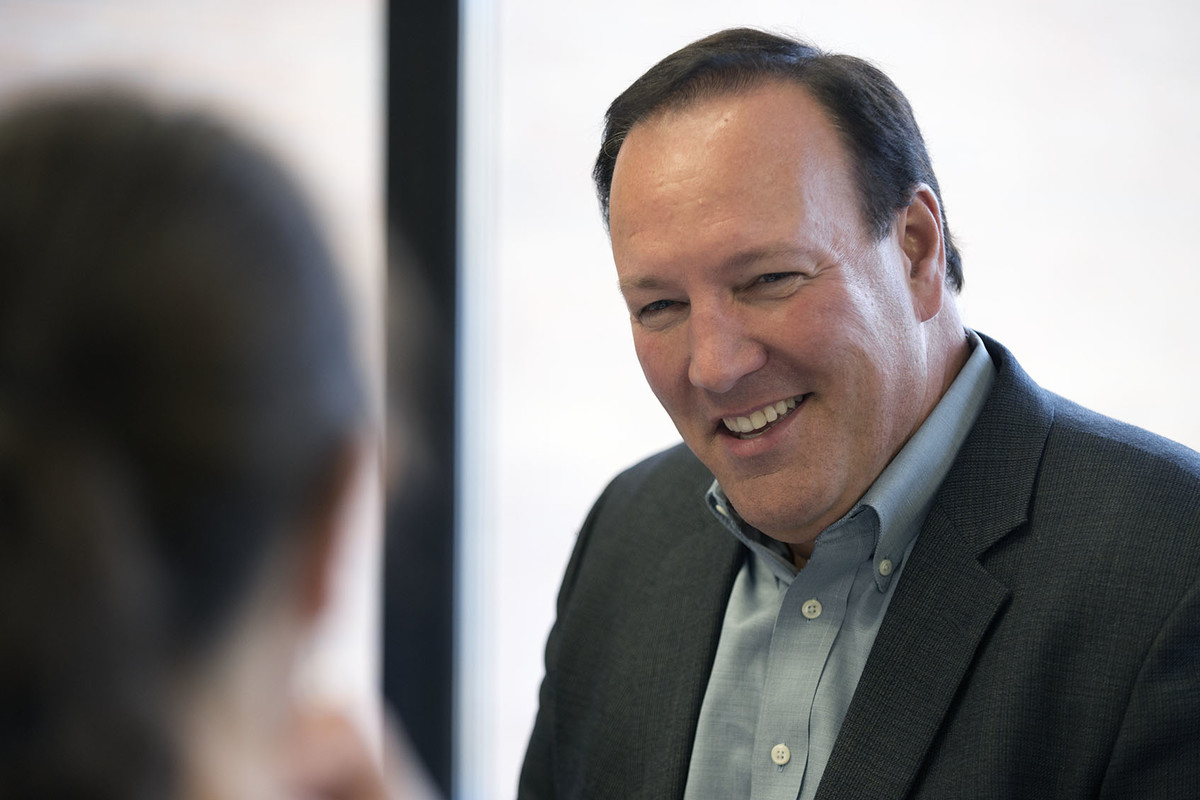 Much of what Houle manages is visible and used daily by almost everyone: green traffic signs, reflective road markings, and license plates. In addition to these items, Houle is responsible for many products and software systems that support traffic safety or security behind the scenes. One system supports open road tolling by recognizing and classifying vehicles to determine appropriate toll rates. Another system supports license plate recognition, which can be used by police to identify vehicles in situations ranging from stolen property to Amber alerts. For example, police used 3M’s ALPR cameras to try to find the vehicle that was stolen after the Boston Marathon bombing incident.

Houle’s division also develops and supports secure identification and monitoring systems, and secure credentials like passports and drivers licenses. 3M produces biometric identification systems that can identify individuals from fingerprints, irises, or facial characteristics. Radio-frequency identification (RFID) systems are used to track materials, such as library books. Houle’s division brings these products and services together to create integrated solutions for tolling, parking, policing, and secure credentialing. To pull all these diverse materials, systems, and services together, John Houle manages a very large software development team that reaches around the world.

One of the new products in Houle’s traffic safety and security toolbox is a whiter, brighter license plate, which will increase visibility and readability. Plates can be further enhanced by embedding additional identifying information. Special readers could then be used to allow license plates to function as a secure credential. Such informationenhanced license plates could be used for parking and tolling. Houle outlines one possibility of how this technology might be used to simplify parking situations. “Say a Gopher fan has season tickets and regularly needs to park in a ramp on the University of Minnesota campus. We could install a camera at the ramp that could read registered plates. So when the season ticket holder drives up, the license plate is recognized, the gate is opened, and the fan can park with no wait, eliminating lines.” How many Gopher fans and UMN visitors would love that?

This technology, along with electronic monitoring technology for offenders, can be helpful in more serious security situations. For law enforcement, 3M offers systems that are placed in police vehicles to read license plates. Using GPS electronic monitoring for offenders and license plate data, police can track people on parole or keep up with Amber alerts. Part of what law enforcement needs is information about who to eliminate from suspicion, so they can home in on more likely suspects. In the case of an incident like a kidnapping, police could access the GPS monitoring coordinates for offenders and monitor where and how often specific individuals were near that location. They could determine if an offender on electronic monitoring was in the area and for how long. Houle is proud to be part of the effort to create smarter, more efficient policing.

Drawing on his many and varied experiences, John Houle has some credibility in advising future engineers. Houle draws on his experience as a student athlete to impress upon young engineers the importance of teamwork.

When hiring for engineering or management positions, Houle says what he looks for is “smart athletes,” although he doesn’t necessarily have sports in mind. “It could be debate competition; it could be dance competition. Beyond technical skills, I look for people who are smart, competitive, can work on a team, and can be a good communicator.”

Houle notes that, oftentimes, an employee is first seen by executive management when giving a presentation. How one presents can have significant results. A good presenter attracts positive attention from upper management. 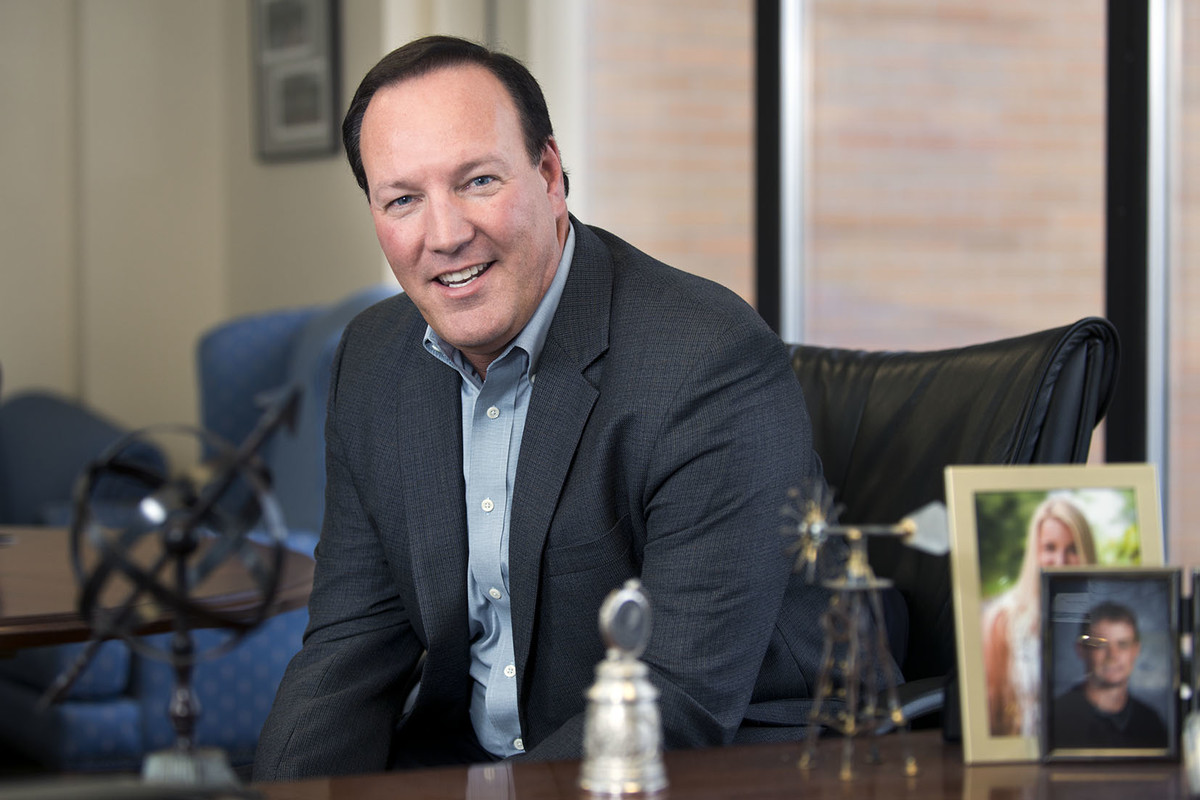 Looking toward the future, Houle sees many needs for infrastructure in the United States and in developing countries. Both areas will require significant numbers of civil, structural, and transportation engineers, along with engineers who have skills in the electronics, software, and system areas. For these reasons alone, there is significant motivation for young people to seek out a career in civil engineering.

But there is another reason that Houle never hesitates to recommend a career in civil engineering. “I think engineering is a fabulous profession, just look at the background you get! Engineering problem solving is a great foundation and can take you in a lot of directions. I’ve always encouraged my own kids to get a detailed, technical education. That thought process is valuable. Almost every job involves problem solving, and the engineering approach to problem solving can fit business problems or customer problems. And that is really what we do as business leaders, we solve problems. Engineering thinking is one of the best trainings in the world for solving problems.”