The Karlis Kaufmanis Lecture Series brings distinguished scientists to the campus to provide public lectures on the latest hot topics in research.

The Kaufmanis Lecture is presented in memory of beloved Professor of Astronomy Karlis Kaufmanis. One of the U’s greatest teachers, he taught more than 26,000 students and is often remembered for his popular “Star of Bethlehem” lectures. Professor Kaufmanis’ enthusiasm for astronomy affected everyone who came into contact with him.

Check back later for details regarding the next lecture!

The Weirdest Galaxies in the Universe 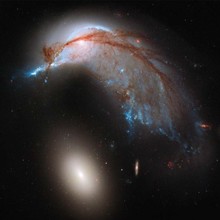 The Universe is filled with wonders, great and small.  In many cases, these wonders arise out of the order that the laws of physics imprint on the stars and galaxies that populate our universe.  But sometimes, this remarkable order is disturbed, producing truly outlandish departures from what astronomers consider to be “normal”.  In this talk, Dr. Dalcanton will highlight some of the weirdest galaxies in the universe, many of which are best revealed with the Hubble Space Telescope and its successors.

Cosmic Gold: Neutron Star Mergers, Gravitational Waves, and the Origin of the Elements 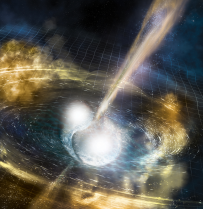 Scientists have recently developed a new way to ‘see’ the universe, using gravitational waves predicted by Einstein nearly a century ago. These waves can teach us about some of the most exotic objects known, including dead stars known as black holes and neutron stars. Remarkably, they have also helped solve a longstanding puzzle about where in the Universe some of the elements we know and love here on Earth are produced, including uranium, platinum, and even gold. Eliot Quataert will describe the exciting and remarkable new results coming out of our first steps into this new era. 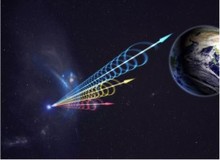 In 2007, astronomers discovered a new mysterious cosmic phenomenon: Fast Radio Bursts. These events consist of short, intense blasts of radio waves arriving from far outside our Milky Way galaxy. Their origin is unknown; however, Fast Radio Bursts appear ubiquitous in our Universe, with roughly 1000 arriving every day over the full sky. I will discuss the Fast Radio Burst mystery and what is presently known about it, and describe a revolutionary new radio telescope being built in Canada that will soon enable astronomers worldwide to make major progress in our understanding of the Fast Radio Burst puzzle.

Supernovae and the Discovery of the Accelerating Universe

How I Killed Pluto and Why It Had It Coming 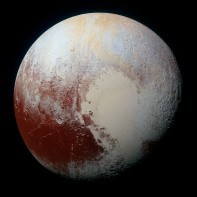 The solar system most of us grew up with included nine planets, with Mercury closest to the sun and Pluto at the outer edge. Then, in 2005, astronomer Michael Brown made the discovery of a lifetime: a tenth planet, Eris, slightly bigger than Pluto. But instead of adding one more planet to our solar system, Brown's find ignited a firestorm of controversy that culminated in the demotion of Pluto from real planet to the newly coined category of "dwarf" planet. Suddenly Brown was receiving hate mail from schoolchildren and being bombarded by TV reporters—all because of the discovery he had spent years searching for and a lifetime dreaming about.

Dark Energy and the Runaway Universe 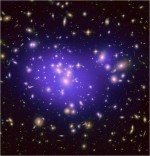 Observations of very distant exploding stars (supernovae) show that the expansion of the Universe is now speeding up, rather than slowing down due to gravity as expected. Other, completely independent data strongly support this amazing conclusion. Over the largest distances, our Universe seems to be dominated by a repulsive “dark energy” — an idea Einstein had suggested in 1917, but renounced in 1929, anecdotally as his “biggest blunder.” Dark energy stretches the very fabric of space itself faster and faster with time. But the physical origin of dark energy is unknown, and is often considered to be the most important unsolved problem in physics; it probably provides clues to a unified quantum theory of gravity.