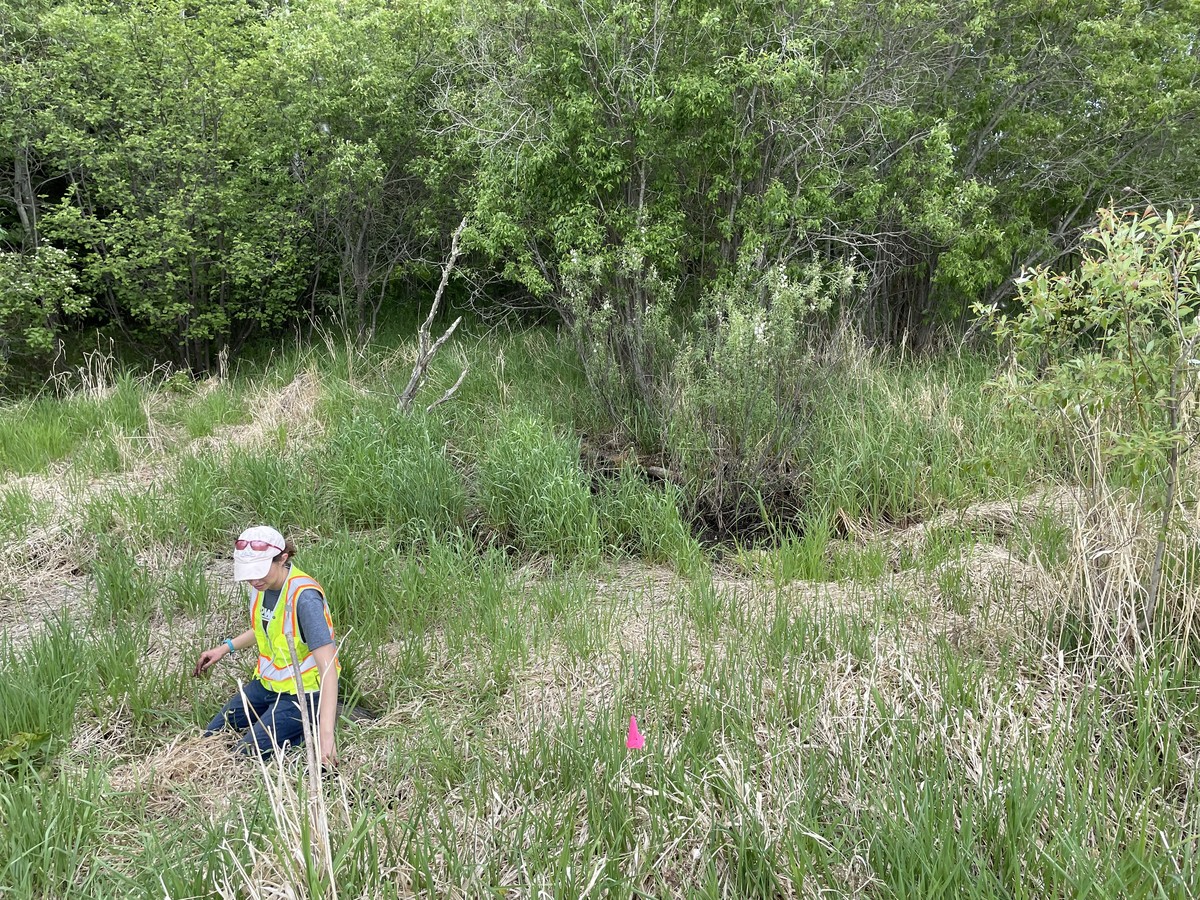 It was working in Bill Arnold’s lab that helped Martha Burket determine that she really wanted to do something to help the environment. Martha Burket, an ENVIRONMENTAL ENGINEERING MAJOR WITH A GIS MINOR and an HONORS STUDENT, plans to graduate this May.

“I’ve always liked to see how the things I’m learning apply in real life. At a uni-versity, the main place you see that is in research.”

She sought out research opportunities her first year and was referred to Professor Bill Arnold. Burket helped then graduate student Meghan O’Connor (Ph.D. 2020) with research on strobilurin fungicides. “We were researching five different fungicides used in agriculture. My focus was on how the fungicides sorb to the soil. I also helped with sample processing over the summer.” She worked in Arnold’s lab until early in her sophomore year.

Burket then worked with Professor Timothy LaPara over the summer of 2020 through the end of her junior year, looking at wastewater optimization in wastewater plants in the Mississippi watershed. “A big part of that project was organizing data for the plants and then using wastewater modeling software to see what was feasible for nutrient removal. I worked on that project with Anne Tuttle and Evan Epple, also students in CEGE. We worked with data from the MPCA and used software to optimize various situations.”

Burket was exposed to GIS maps during her work in Dr. Arnold’s lab. “A graduate student from St. Thomas was in charge of making maps for one of Professor Arnold’s collaborative projects. She showed us the maps, and I thought they looked super cool. Deciding to study GIS is one decision that I didn’t think through very much. I just thought, ‘this would be cool.’ I did, however, know it was a skill that employers are looking for, so it was not completely random. But I’ve had a ton of fun with it!”

"Deciding to study GIS is one decision that I didn’t think through very much. I just thought, ‘this would be cool.’ I’ve had a ton of fun with it!”

One project for a geocomputing course involved working with someone in the computer science department to create a machine learning algorithm for predicting stream flow. She applied her newly acquired GIS skills on her summer internship, defining the boundaries of wetlands.

In addition to her honor’s classes and internships, Burket has found time to be involved with two significant organizations.

She’s the First is a newer student group that raises funds to support education in low-income countries. “I like being involved with that group because it lets me get outside of my engineering brain a little bit and think about stuff from a more social perspective.”

Engineers Without Borders (EWB) is a long-established group. Burket has been involved since her first year on campus. “I was the CAD subgroup lead for a water distribution project in Guatemala my sophomore year. Last year, I was Future Community Sub-group Lead. Our group evaluated what would be a good fit as a future project in Guatemala.”

Burket and her teammates Karina Anderson, Noah Gallagher, and Owen Turner, are developing a preliminary infil-tration rating (PIR) model in ArcGIS that will guide the City of Edina’s placement of rain gardens for stormwater infiltration. They will use a GIS model to determine where it is technically feasible to place raingardens for infiltration. “What I think is really cool about the project,” says Burket, “is that the city is also interested in considering environmental justice issues and environmentally sensitive areas. I’m taking an environmental justice class this semester and I think it will tie together nicely.”

Burket has been hired as a Graduate Environmental Engineer at Alliant Engineering, where she did her summer internship, and will start the end of May.