MINNEAPOLIS / ST. PAUL (08/17/2022)—University of Minnesota Distinguished McKnight University Professor Theresa Reineke has been named a Prager Chair in Macromolecular Science in the University’s Department of Chemistry. The chair is one of two established by the late chemistry Professor Emeritus Stephen Prager and the late Dr. Julie Prager.

Reineke is a professor in the Department of Chemistry and is internationally recognized for her contributions to the fundamental and applied studies of organic polymer systems designed for delivery of DNA and RNA, oral drug delivery, and sustainability.

"Professor Reineke is a world leader in macromolecular chemistry and an innovator of new fundamental approaches to high impact applications in areas that range from a sustainable future to critical improvements in human health,” said chemistry Professor and Department Head David Blank. “It is wonderful that we are able to celebrate her exceptional list of accomplishments and ongoing leadership with this well-deserved recognition.”

Reineke has more than 200 publications, patents, and applications to her name, and her contributions to the University of Minnesota Twin Cities also include teaching and mentoring undergraduate and graduate students. She has trained more than 130 scientists at the undergraduate, graduate, and postdoctoral levels throughout her two-decade career. Reineke also co-founded a start-up biotech company to commercialize her research and technology advancements from the University of Minnesota.

She also has received numerous awards recognizing her research, including the 2022 American Chemical Society Arthur C. Cope Scholar Award, 2018 DuPont Nutrition and Health Sciences Excellence Medal, and 2017 Carl S. Marvel Creative Polymer Chemistry Award from the American Chemical Society’s POLY Division. In addition, she was appointed as an associate editor for the journal Chemical Science in 2022.

About Stephen and Julie Prager 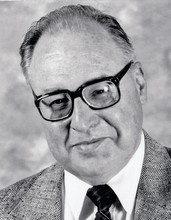 Professor Emeritus Stephen Prager was a professor of physical chemistry in the University of Minnesota Department of Chemistry for more than 40 years from 1952 to 1990, and Julie Prager was a pioneering polymer and fluoroxy chemist—and eventual executive director—at 3M and a notable advocate for women in research. The pair met at Cornell University where they were both pursuing doctorates, Stephen in physical chemistry and Julie in organic chemistry. They were married for 67 years and were dedicated, generous supporters of the University of Minnesota Department of Chemistry. They also established the department’s Chemistry Faculty Support Fund through their donations.

Stephen Prager spent a postdoctoral year as a Jewett Fellow at the University of Utah from 1951 to 1952 before joining the faculty at the University of Minnesota as an assistant professor. He was promoted associate professor in 1956, and to full professor in 1962. His research was in the area of the physical chemistry of macromolecules, particularly in the application of mathematics to rheology. He made many important contributions to theoretical chemistry, particularly in various statistical mechanics and molecular quantum mechanics, and pioneered teaching techniques that combined both classical and statistical thermodynamics. Prager was also the founder of the Theoretical Chemistry Group at Minnesota—today, the Department of Chemistry’s Chemical Theory Center is one of the most renowned in the country. 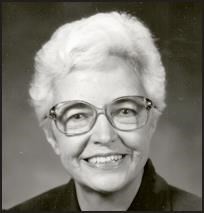 Julie Prager began her career at 3M in 1957, where she worked for more than 27 years as a polymer and fluoroxy chemist, ending her career serving as executive director of 3M’s Corporate Technical Planning and Coordination. She was in charge of leading the assessment and evaluation of all of 3M’s research laboratories. Prager was also a pioneer for women in STEM and a mentor and guide for women at 3M. In 1971, she was the first female elected to chair 3M’s Technical Forum, which at that time was a 3,300-member professional organization of 3M scientists who came together to share ideas. At the time of her retirement, she was the senior ranking woman at 3M.