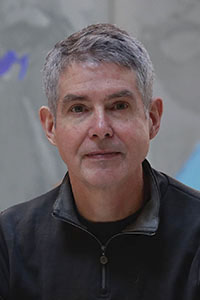 "And the Lord said unto Satan, Whence comest thou?  Then Satan answered the Lord, and said, From going to and fro in the Earth, and from walking up and down in it." Book of Job, 1:7

I've always been vaguely amused that Satan, a character long associated with forbidden knowledge, spends his days in the deep Earth--my primary area of interest.  As a seismologist, I use earthquake waves to image deep Earth structure.  My tools are derived from techniques pioneered in the oil industry and designed to detect and characterize abrupt variations in material properties, examples of which include discontinuities associated with phase changes, scatterers created by faulting and jointing of the crust, and slab dregs near the core-mantle boundary.  By imaging these small-scale structures, we learn about the larger questions of Earth's composition, state and dynamics.

Some of the projects I am involved with are: the relationship between near-fault crustal scattering and seismogenesis, characterization of sub-cratonic reflectors, a search for discontinuities in the mid-mantle (900 to 2000 km depth), detection of mantle water, and probing for ultra-low velocity zones at the base of the mantle.  In the following, I briefly describe the first and last of these.

Continental crust, especially crust in active areas, is strongly scattering.  Seismic energy propagating through it interacts with strong heterogeneities on many scale lengths, producing a panoply of secondary arrivals that collectively sample a large volume around the source and receiver. We have developed new techniques for mapping scattering heterogeneities. Our results reveal a previously unknown relationship between scattering and seismogenesis in California.  In particular, we find strong correlations between near-fault scattering strength and the production of aftershocks and mainshock slip.  We have even used the offset in scattering variability across the San Andreas fault to obtain an independent estimate of cumulative offset in central California.

The crust is clearly a pivotal layer in Earth's dynamics and evolution despite being eggshell thin and patchwork woven.  In the last decade, seismology has found a deep-seated analog to the crust:  A chemical and mechanical boundary layer, comparable in thickness to the crust and possibly in its importance to the evolution of the planet, situated directly atop the core-mantle boundary (CMB).  This thin layer (1 to 20 km) of very low seismic velocities is probably partially molten and possibly chemically differentiated from the mantle, and may be a shaper of the geodynamo and a storehouse for deep mantle volatiles and exotic chemistry. My students and I exploit a variety of seismic phases and seismic arrays to image these ultra-low velocity zones (ULVZ).  They are not simple, but rather variable at scale-lengths of several kilometers.  Mapping them thoroughly is hard, but critical to understanding their origin and the roles they play in mantle and core dynamics.  We have proposed a causal link between ULVZ and hotspot plumes. If this hypothesis is correct, ULVZ might be the origin of plumes that initiate supercontinent breakup, whose heads produce flood basalts, and whose legacy in the geologic record includes both mass extinctions and species explosions.

In addition to seismology, I have active interests in time-series analysis of paleoclimate proxies, geostatistics and coastal processes.