Professor Richmond Sarpong is the invited speaker for the Department of Chemistry’s inaugural Jeannette Brown Lectureship, which is scheduled for Wednesday, Feb. 3 through Thursday, Feb. 4. Sarpong will present two virtual lectures and meet with students and faculty and the department’s Diversity & Inclusion Committee. This lectureship is sponsored by Merck and by donations to the Jeannette Brown Lectureship Fund.

The Department of Chemistry established the Jeannette Brown Lectureship to honor the career and legacy of one of its outstanding alumna. This lectureship will bring experts in all fields of chemistry from around the world to the University of Minnesota, with emphasis on highlighting the work and careers of Black, Indigenous, and people of color in the chemical sciences. The lectureship reflects and celebrates the pioneering work of Jeannette Brown as a talented chemist in the pharmaceutical industry for 25 years, author, historian, and tireless leader and advocate for the inclusion and advancement of African American women in chemistry-related professional pursuits and careers.

In Professor Sarpong’s first seminar, A Life Shaped by Diseases and Medicine in Sub-Saharan Africa, scheduled for 10:00 a.m. Wednesday, Feb. 3, he will share how he became interested in chemistry after seeing, firsthand, the effectiveness of the drug Ivermectin in combating river blindness during his childhood in Ghana, West Africa. Sarpong will describe the cultural, environmental, and personal influences of mentors that led him to a career as a faculty member in the chemical sciences. Professor Sarpong’s second lecture, scheduled for 9:45 a.m. Thursday, Feb. 4 will focus on, “Break-it-to-Make-it Strategies for Chemical Synthesis Inspired by Complex Natural Products.” He will discuss strategies and methods that have been developed in his laboratory and applied to the syntheses of architecturally complex diterpenoid alkaloids, indole alkaloids, and several Lycopodium alkaloids.

Richmond Sarpong is a professor of chemistry at the University of California, Berkeley, where he and his group 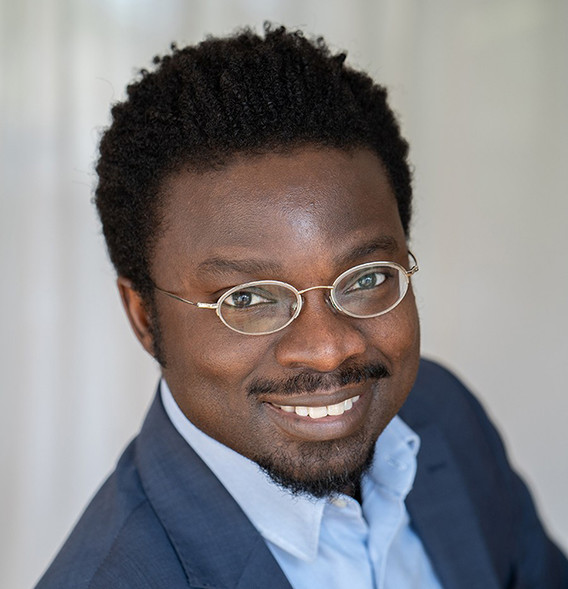 specialize in synthetic organic chemistry. His laboratory focuses on the synthesis of bioactive complex organic molecules, with a particular focus on secondary metabolites that come from marine or terrestrial flora and fauna. These natural products continue to serve as the inspiration for new medicines. It is Sarpong’s hope that through the work in his laboratory, he and his coworkers will uncover methods and strategies for synthesis that may contribute to more efficient ways to prepare bioactive compounds that may inspire new medicines.

Brown is the first African American to receive a degree from the Department of Chemistry's graduate program, earning her master's degree in 1958. She is a former faculty associate in the Department of Pre-College Programs at the New Jersey Institute of Technology. For 25 years, she worked as a research chemist at Merck. She is the author of two books, "African American Women Chemists" and "African American Women Chemists in the Modern Era." She is a Société de Chimie Industrielle (American Section) Fellow of the Chemical Heritage Foundation (2004), and is a member of the first class of American Chemical Society (ACS) Fellows (2009). For her distinguished service to professionalism, she received the Henry Hill Award from the ACS Division of Professional Relations in 2020. For her work as a mentor to minority students and science education advocacy, she was elected to the Hunter College Hall of Fame in 1991; was honored by the University of Minnesota with an Outstanding Achievement Award in 2005; and received the ACS national award for Encouraging Disadvantaged Students into Careers in the Chemical Sciences in 2005.

The Jeannette Brown Lectureship is supported by donations. Supporters can go to the Department of Chemistry’s giving page to donate.

An endowment has been established to support this signature lectureship with a goal of raising $100,000. Thanks to $25,000 in matching pledge support from Department Head David Blank and his wife Colene and another $25,000 in matching pledge support from an anonymous donor, every dollar donated will be matched with equal dollars until the $100,000 goal is reached. The initial kick-off event will be in partnership with Merck where Jeannette spent the majority of her career as a pharmaceutical chemist. The plan is for a full day of talks and events capped off by the Jeannette Brown Lecture.

Give to Jeannette Brown Lectureship