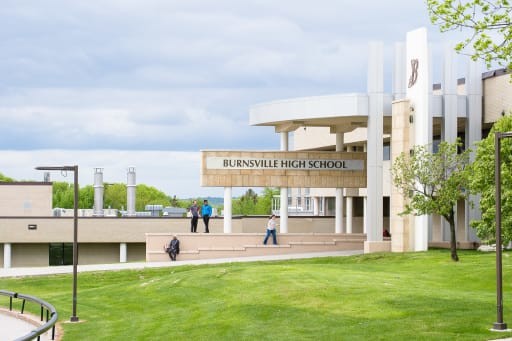 Catherine French is recognized far and wide—and close to home, too

Catherine French (BCE 1979, MSCE 1980, UMN and Ph.D. 1984 University of Illinois at Urbana-Champaign) has received national recognition for her contributions in the area of structural engineering, and for her teaching, leadership, and research. Recently, Catherine (Wolfgram) French was honored locally with induction into the Hall of Fame at Burnsville High School, where she graduated in 1975.

French went on to become the first female professor in civil engineering at the University of Minnesota in 1984. She has been honored by the American Society of Civil Engineers as a Distinguished Member (2018) and was named Minnesota Woman of the Year in 2017 by the Women in Transportation Studies (WTS). French led the creation of the Multi-Axial Subassemblage Testing (MAST) Laboratory in 2004 at the University of Minnesota. It was a first-of-its kind facility sponsored by the National Science Foundation to study earthquake engineering. Her research on reinforced and prestressed concrete structural systems led to new guidelines to improve public safety.

The induction ceremony was held Friday, October 8, 2021. Eleven graduates were part of the most recent class of inductees.

In 2018, Catherine E. Wolfgram French, PE, received the highest honor bestowed by the American Society of Civil Engineers, the title of Distinguished Member. French is recognized for her contributions to the field of structural engineering, her service and leadership in code development for reinforced concrete structures, and her dedication to her students at the University of Minnesota.

French conducts pioneering research on the behavior of concrete structures. Her work on highway bridges led to improved understanding of long-term behavior of prestressed concrete girders, development of systems to facilitate accelerated construction, and field monitoring of bridges such as the I-35W St. Anthony Falls Bridge over the Mississippi River. She conducted research to improve the seismic performance of precast building systems and to understand 3D behavior of structural walls. Her work led to major advances in structural testing capabilities, including the effective force testing method and the development of the Minnesota Multi-Axial Subassemblage Testing (MAST) Laboratory.

French is a leader in the development of building codes for structural concrete systems. Her work has led to improved safety, enhanced durability, and efficient design approaches for concrete bridges and buildings. She helped facilitate the development and implementation of building code provisions for adhesive anchors following the collapse of ceiling panels in Boston’s Ted Williams Tunnel.

French is an enthusiastic teacher of structural engineering, and a valued advisor for both undergraduate and graduate students. Through these efforts she exerts a positive influence on future engineers.