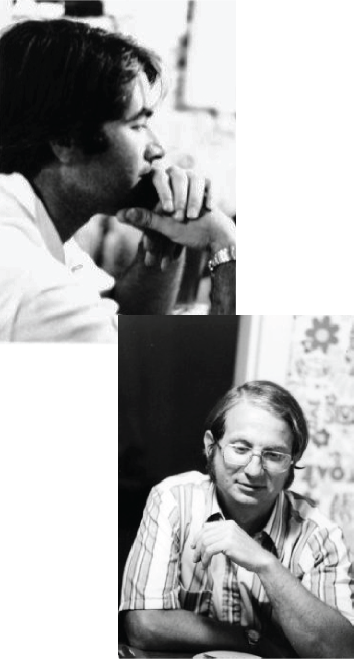 This Symposium was established in memory of our colleagues Nestor M. Rivière and Eugene B. Fabes.

Both of them were analysts and did their graduate work together at the University of Chicago. After finishing his Ph.D. under Alberto Calderón in 1966, Nestor joined the School of Mathematics the same year. Gene finished his Ph.D. under Antoni Zygmund in 1965 and spent two years at Rice University before coming to Minnesota in 1967. The two started a new era in classical analysis at Minnesota.

Unfortunately for us, cancer claimed Nestor's life at the young age of 38 in 1978, ending a brilliant career. The department established the Nestor M. Rivière Lecture in his memory. Gene usually took care of the organizational work and the Rivière Lecture was supported by a fund established by donations from friends of Nestor.

Former colleagues, students and friends of Nestor and Gene from all over the world expressed the sentiment that we should establish an annual symposium in their memory. Families of Nestor and Gene fully endorsed the idea of turning the Nestor M. Rivière Lecture into the Rivière-Fabes Symposium. With financial support from interested people the symposium was formally established in 1998.

Past symposia: Speakers, abstracts, and materials

This conference is supported by the National Science Foundation under DMS-2000940.