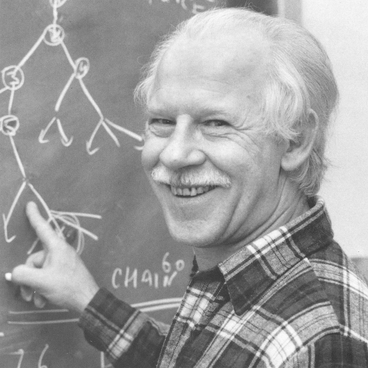 The Department of Computer Science & Engineering mourns the death of one of our founders, Professor Emeritus Krzysztof (Kris) Stanislaw Frankowski. He passed away at the age of 89 on August 22, 2021.

Frankowski was a member of the faculty at the University of Minnesota for more than thirty years and distinguished himself through his research, teaching, and service. He was a prolific scientist of numerical analysis and a pioneer in compilers and assemblers.

Krzysztof was born on July 25, 1932 in Bolimów, Poland and immigrated to Israel in 1958. He completed his Ph.D. in applied mathematics at the Weizmann Institute of Science in Rehovot, Israel in 1964. Frankowski also worked at the Weizmann Institute, both as a programmer and as an operator on the WEIZAC (Weizmann Automatic Computer), the first computer in Israel and one of the first computers in the world. This project was started by Chaim Pekeris, who turned into one of Frankowski's long-term collaborators. Also at the Institute, Kris met his future wife Elaine, as well as Marvin Stein, a professor from the University of Minnesota. Stein was there for sabbatical and enticed Frankowski to join him as a faculty member at the University's Numerical Analysis Center, which led to the Frankowskis moving to Minneapolis in 1965.

Once at the University of Minnesota, Professor Frankowski played a significant role in the installation and usage of the CDC6600 (the supercomputer of its time) at the University Computer Center. In 1970, Frankowski, Stein, and two other mathematicians—Jay Leavitt and William Munro—became the founding faculty members of the newly-created Department of Computer Science.

Frankowski's service was crucial in the establishment of the department. He taught many courses, and was the faculty advisor to the first Ph.D. student to graduate from the department. In 1982, he took on the role of Director of Undergraduate Studies, a position in which he would serve for nearly a decade.

He enhanced the reputation of the department and the University with his research in many areas, including applied problems of statistics, three/four particle wave problems, the numeric solution of Dirac's equation, and problems of Einstein field equations. Frankowski contributed many valuable research tools to colleagues across the world through his development and construction of two algebraic manipulators (FORPREP and ALMAP) as well as other valuable software packages. Throughout his career, he collaborated with many researchers, including those from the Weizmann Institute, Los Alamos National Laboratory, and the University of California, Santa Barbara. He also published two volumes of theory and tables of Dirichlet distributions of type one and type two (published by the Mathematical Society—with Professor Milton Sobel).

Frankowski retired in 1996 as Professor Emeritus. After retiring, he continued to teach occasionally at the University of Lódz as an adjunct, turning one honors class into the recently-published book, "In the Footsteps of Programming Teachers."

His obituary and a feature story available on the Star Tribune website. The family will be holding a memorial at a future date. If you'd like to be notified when details are available or share a memory of Professor Frankowski with his family, please submit this form.