The John T. Riedl Memorial Fund supports undergraduate and graduate students through an annual teaching award and other scholarship and fellowship funding.

Before his untimely passing away in 2013, Professor John Riedl, himself a devoted, exceptional teacher, asked that funds contributed by his friends and colleagues be used to establish this memorial fund.

Riedl died on July 15, 2013 at the age of 51 after a three-year battle with cancer. A faculty member at the University of Minnesota since 1989, Riedl is known worldwide as a pioneer in the field of recommender systems—a field he was instrumental in creating and nurturing. Recommender systems are information filtering systems that seek to predict the “rating” or “preference” that users would give to an item (such as music, books, or movies) or social element (such as people or groups) based on previous choices.

The impact of Riedl's work is extensive, both in industry and among the research community. Software derived from his research is used by tens of thousands of businesses today.

Riedl's contributions did not end with his research—he was an innovative teacher who created and led a practice-focused course where undergraduate students gained experience in designing and building interactive intelligent systems for the Web, releasing them into wide use, and supporting thousands of users. Riedl was also a guide and mentor to those interested in learning to teach or to improve their teaching, and was honored with several awards including: outstanding teacher awards from the Department of Computer Science and Engineering, the George Taylor Award for Exceptional Contributions to Teaching from the College of Science and Engineering, and the University of Minnesota’s McKnight Distinguished Professorship. He modeled concern for students and quality teaching. 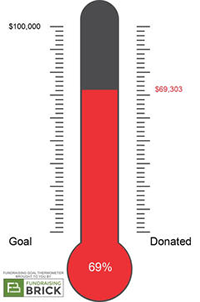 The monetary goal for the Riedl Memorial Fund is $100,000. This will fund up to two annual teaching assistant awards of $2,000 each.

Help the Computer Science and Engineering department preserve his legacy by donating to the John T. Riedl Memorial Fund.

The University of Minnesota Foundation's status as a 501(c)(3) means that any donation to the Riedl Memorial Fund is tax deductible.